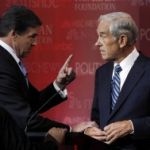 On Mediaite: there are some people who believe that Ron Paul was assaulted by Rick Perry during last night’s GOP debate. Perry’s weapon of choice? His arm, which he used to clasp Paul’s arm, and his pointer finger, which he used to…make a point. What point, you ask? We may never know, but rest assured it was a very violent encounter. Get the full post here. 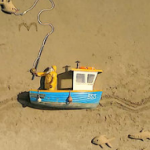 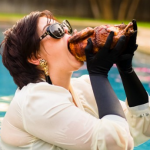 Hahaha — Styleite has photos from one model’s submission for American Apparel’s tone deaf plus size model search. You can see the gorgeous and tongue-in-cheek images, which include one of model Nancy Upton eating an entire roast chicken in a swimming pool, here. 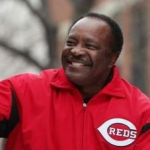 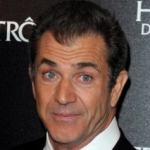 Gossip Cop confirms that Mel Gibson is making a film based on the life of Judah Maccabee. You might remember Judah Maccabee as the Jewish hero integral to the story of Hanukkah, and you might Remember Mel Gibson as the guy who hates Jews. It’s weird, is what I’m saying. Get the full post here.

The Mary Sue has just the thing for you on this long and tedious Thursday: muppets! To have your day brightened, click here. 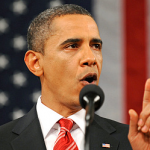 Mogulite breaks down the guest list for President Obama’s jobs talk tonight. It includes quite a few moguls and CEOs, who, you know, all have jobs. Weird to invite them, when there are so many unemployed Americans who have the night/week/month free! To read the full post, click here.