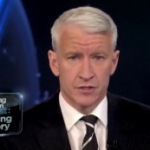 Yikes — Mediaite has a clip of a pretty vicious takedown of Michelle Bachmann by Anderson Cooper. Bachmann’s come under fire for a speech she gave a few days ago in which the congresswoman’s grasp of basic American history seemed a little…thin. Watch Cooper do a nearly line-by-line takedown of Bachmann’s perspective on the founding fathers, slavery, and just about everything else. To read the full post, click here. 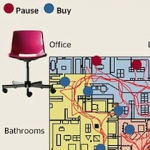 Geekosystem uncovers a dastardly plot by IKEA to confuse customers into wandering through the store in a daze, buying random ladles and potato peelers simply because they happen to encounter them on their sad path. Sure, sounds evil, but let’s not forget the cafeteria inside the store! I’m just willing to forgive a lot, is what I’m saying. Get the full post here. 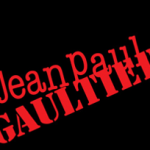 Styleite has a curious Jean Paul Gaultier campaign starring Karolina Kurkova and Andrej Pejic, who are styled similarly enough and embracing in a way that makes them appear to be blond, gorgeous mirror images of each other. Leave it to Gaultier to create an ad in which a girl smooches a guy who is styled to look like the girl he is smooching. See it here. 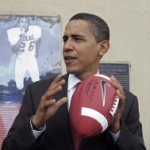 On Sportsgrid: America’s favorite pastime takes another hit! In a new poll it appears that it is football, and not baseball, that holds the #1 spot in our country’s heart. Basketball doesn’t fare nearly as well, placing behind college football and auto racing. You just can’t compete with the Superbowl. It’s basically a national holiday. Get the full post here. 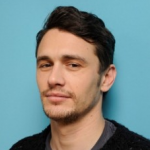 Inevitability alert! Gossip Cop reports that James Franco has copped to having a sex tape. Apparently the film was made when he was a carefree lad of only 19, and it doesn’t sound like he’s all that freaked out about it getting out. Of course, knowing James Franco, it’s probably really weird. To read the full post, click here.