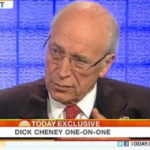 On Mediaite: Dick Cheney is on his publicity tour for his new memoir, and revisiting major moments in his vice presidency along the way. On The Today Show this morning, Cheney told Matt Lauer “I think it was sound policy that dealt with a very serious problem and that eliminated Saddam Hussein…” Wellllllll…is Cheney like our collective grandpa who says weird and untrue things, and we just sort of smile and agree? To see the clip, click here. 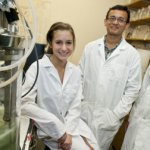 Geekosystem reports that scientists have discovered a strain of bacteria in animal manure that can turn anything made from cellulose into butanol, which is a biofuel. Man, those guys have the best job! To read the full post, click here. 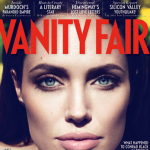 Styleite covers the October issue of Vanity Fair, which will hit stores in September. This year’s cover girl is an unknown ingenue by the name of Angelina Jolie. It was such a risky choice to put an unknown on the cover! To see two of the cover images of this random girl no one has ever heard of, click here. 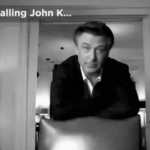 Sportsgrid has the fifth installment in a 6 part commercial John Krasinski and Alec Baldwin filmed for New Era. In this segment, Baldwin burns a bunch of Red Sox tickets and then sets fire to his apartment building. Makes sense! Also, what does New Era sell, again? To watch the clip, click here. 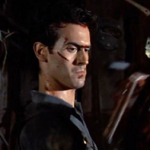 On The Mary Sue: there’s a remake of “The Evil Dead” happening, and though Bruce Campbell has assured fans the project is in good hands, he won’t be reprising his original role as Ash. This is an important role, so The Mary Sue came up witha  few casting ideas of their own. To see the list, click here. 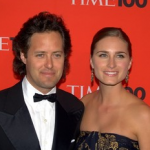 Mogulite reminds us that this weekend, Lauren Bush may or may not become Lauren Lauren. Well, she’s definitely getting married, but the name change is still up in the air. Get the full post here.