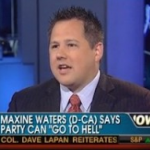 Mediaite has a clip of local Tea Party leader Ryan Rhodes on Megyn Kelly’s show asking President Obama to change the tone of political discourse, especially after Democratic representative Maxine Waters was heard telling Tea Partiers in general that they could “go straight to hell.” To watch the clip, click here.

Geekosystem confirms that after the weekend’s unrest in Libya caused the country to go collectively offline, internet connectivity in the region seems to be returning, albeit slowly. To see a graphic of internet activity during and after the unrest, click here. 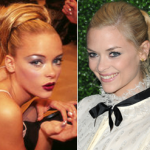 Styleite covers Jaime King’s look back on a 1996 profile of her by Jennifer Egan, in which the model came off a bit…know-it-all-y. To her credit, King acknowledges that her 16-year-old self was a bit myopic (probably like most of us would as teenagers). Also, Jennifer Egan once profiled Jaime King?!?! To read the full post, click here. 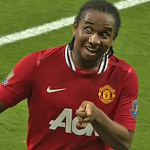 Sportsgrid would like you to know that while they don’t begrudge anyone a celebratory goal dance, they are not above calling out particularly terrible ones. To see Manchester United’s Anderson do the Troll Shuffle (I…think?), click here. 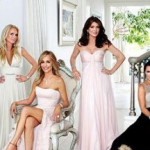 Gossip Cop covers the debate over whether the Real Housewives of Beverly Hills season that was scheduled to air over Labor Day weekend, and was subsequently delayed after star Russell Armstrong’s suicide, ought to air at all. To read the full post, click here. 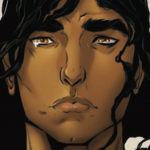 On The Mary Sue: guess who is writing horror comics? Anne Rice, that’s who! To see an excerpt, click here. 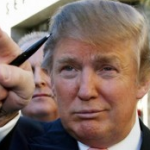 Mogulite brings us Donald Trump’s thought on the recent unrest in Libya (really!). The Donald thinks that in exchange for our help in the troubled North African nation, we should have demanded 50% of the country’s oil reserves. Makes sense, if your definition of making sense is “saying things that are completely divorced from reality.” Get the full post here.