On Mediaite: turns out Christine O’Donnell’s hasty exit from the set of Piers Morgan Tonight was a ratings boon; the following night it was CNN’s highest rated program. O’Donnell might not be a witch, but it’s hard to deny that that was sort of magical, no? No? Sorry. To read the full post, click here. 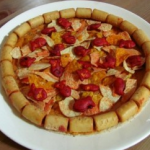 OMGGGGG: Geekosystem has a photo of a pizza that was made entirely of pizza flavored snack products. You can make your own using a combination of Doritos, Pringles, Combos, Goldfish and Tribe hummus. Then you can find a quiet spot to have your heart attack. Get the full post here. 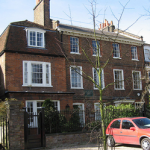 On Styelite today: even supermodels still have to contend with their local homeowner’s association! Kate Moss’s neighborhood is atwitter over rumors that she is planning to renovate her £8 million home. For whatever reason, they think that whatever Moss’s plans are, they definitely include ruining the vibe of Samuel Taylor Coleridge’s former home. Cool neighbors! To read the full post, click here. 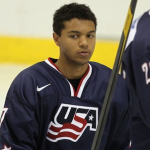 Sportsgrid reports that NBA star Popeye Jones’s son has decided he would prefer to play hockey rather than basketball. This is probably akin to Harry Potter’s son deciding he’d prefer to be a Muggle. Perfect analogy alert! To read the full post, click here. 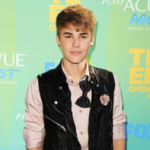 Duuuuuude: Gossip Cop has a bizarre story about Justin Beiber fans in Mexico literally offering people their virginity in exchange for tickets to his concert! It’s not worth it, ladies! No, really, I’ve never been to one of his concerts and I promise you it’s not worth it. At least stop offering to make this exchange happen on Facebook. To read the full post, click here. 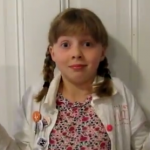 On The Mary Sue: awesome girl builds cool stuff, is probably smarter than you and me combined. To see her in action, click here. 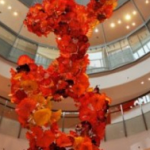