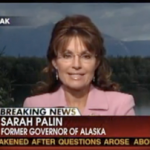 Mediaite has found one person who isn’t worried about the debt ceiling crisis: Sarah Palin! The former governor seems to believe the problem is overblown, calling it “more Obama drama” in an interview with Greta van Susteren. Uh, interesting take? To watch the clip of the interview clickhere. 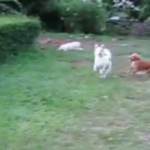 Geekosystem has a video of a dog chasing another dog over a hedge — well, almost over a hedge. The clip is a little over-edited, what with the slow motion and “REPLAY” flashing in the bottom right corner of the screen, but it’s hard to stay mad at it. It’s a dog crashing into a hedge. Watch ithere. 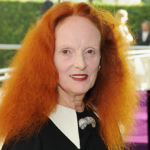 Styleite confirms that Grace Coddington’s memoir went for $1.2 million and, well, we really want to read it!!!!! Unfortunately, it’s still a ways away from hitting shelves. To read more details about the deal, clickhere. 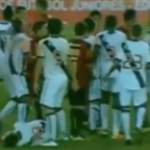 Sportsgrid has a clip of a goalkeeper named Gustavo delivering a vicious flying kick to the back of his opponent’s neck. Maybe he got super confused and thought it was a soccer ball resting atop a headless torso? Watch the whole thing unfold here. 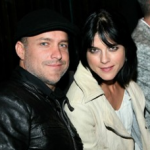 Gossip Cop confirms that Selma Blair gave birth to a son on Monday! She named him Arthur, which is refreshingly normal and (maybe this is just me?) makes him sound really smart. Congratulations to the new mom! Get the full post here. 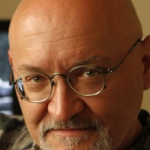 Whoa: The Mary Sue reports that Frank Darabont, creator of AMC’s “The Walking Dead,” haswalked away from his own show. Get it? This is the second big upheaval for the series, after Darabont fired the entire writing staff halfway through the first season. So, you know, this bodes well. To read the full post, click here. 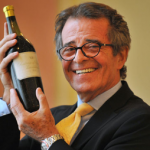 On Mogulite today: the most expensive bottle of wine of all time was sold to sommelier Christian Vanneque for $117,000. Vanneque’s plans for the bottle? “It will be featured and displayed in a bulletproof showcase, like a painting, so people can see it easily. This showcase will be temperature- and humidity- controlled. It’ll be a mini-Fort Knox, impossible to open.” Sounds reasonable. Get the full post here.