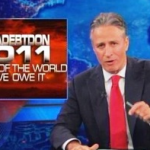 On Mediaite: Jon Stewart weighed in on the debt ceiling crisis on the same evening that President Obama and John Boehner each addressed the nation directly. Stewart’s take? “Both sides switched, everybody caved, no one agreed.” Sounds about right! Get the full post here. 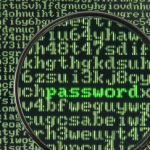 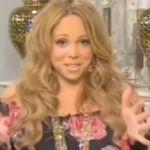 Styleite would like you to know that Mariah Carey was on the Home Shopping Network for TWO HOURS last night, and a significant percentage of that time was spent being crazy. To see the highlights, click here. 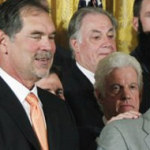 Sportsgrid has a photo of Obama posing with the San Francisco Giants, a photo that may or may not have been bombed by Brian Wilson. Also of note — the beard the dude in the back is sporting. To read the full post, click here. 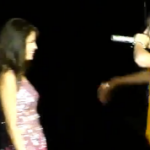 Gossip Cop has video of Justin Bieber surprising Selena Gomez at her own concert and singing a song that, when you think about it, is shockingly inappropriate as far as odes to one’s girlfriend go. Watch it here. 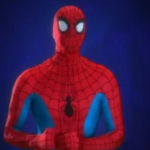 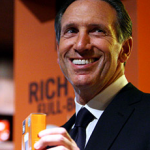 Oof: Mogulite reports that Howard Schulz is a billionaire again, even as many Starbucks employees report that they can’t afford to feed themselves during their shifts. Yikes! Get the full post here.