Mediaite has a clip from “The Daily Show with Jon Stewart,” in which various clips of animals being eaten, hit by falling trees, and getting their heads stuck in tissue boxes were all used to illustrate the various fundraising and PR woes of the current crop of Republican presidential candidates. To see which clip corresponds to which candidate, click here. 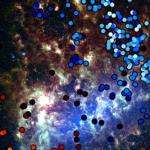 Rude! Geekosystem profiles a nearby galaxy that, like a bully stealing a weaker kid’s lunch money, has been stealing stars from the periphery of a smaller galaxy. Scientists noticed the theft when they saw that a percentage of the galaxy’s stars had a different spin pattern than the rest. Meanest galaxy ever? Meanest galaxy ever. To read the full post, click here. 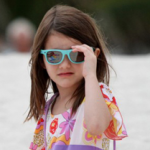 On Styleite: Suri Cruise (well, “Suri Cruise”) has a Tumblr, and it is mean! Sample insights: “Zahara’s [Jolie-Pitt’s] face says everything. Her life must be really rough. I’d like to have her over for a tea party to discuss all our problems.” To read more of her posts, click here. 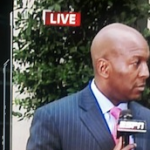 Sportsgrid chronicles ESPN’s coverage of the NFL lockout, noting their eagerness to report on developments that hadn’t actually happened yet, like a rumored players’ vote today that, uh, never came to fruition. Whoops! To read the full post, click here. 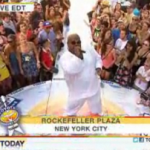 Gossip Cop has video of Cee Lo Green’s performance on The Today Show. Green lit up the stage with his hit “Forget You,” but even more impressive was his ability to perform without melting into a puddle and oozing slowly and sadly into a gutter. Seriously. It’s so hot out! Watch clips of the performance here. 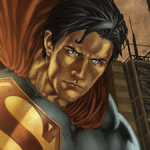 The Mary Sue wonders if the delay of Zach Snyder’s Superman reboot until 2013 will be good or bad news for the film. To read the full post, click here. 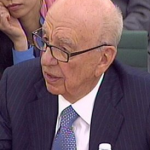 Hmm. Mogulite takes on the rumors that Rupert Murdoch’s rather dotty behavior during the News Corps Parliament hearings was an act or not. Though it might be smart to play the “senile old dude” card, the media has expressed concern about Murdoch’s age and fitness to lead his media empire before. Get the full post here.