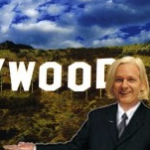 We all knew it was coming: Mediaite confirms that there is a Julian Assange biopic in the works. Impressive, considering the dude’s barely 40 years old and nobody has any idea what the heck is going on with Wikileaks. But good luck, Hollywood — although you are usually so good at accurate story-telling that I’m sure you don’t really need it! Get the full post here. 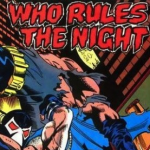 Geekosystem has a handy guide to understanding new “Batman” villain Bane. From what I gather, Bane is a super-strong guy with abandonment issues, much like Batman himself! Luckily, “The Dark Knight Rises” won’t be out for a while, so we have plenty of time to bone up on Bane’s backstory. Also luckily, Bane will be played in the new film by Tom Hardy, known for his starring role in “Inception” and for being hot as the sun. To read the full guide, click here. 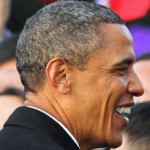 On Styleite — the world was briefly gripped by a mystery today. President Obama’s hair appeared to have been dyed before his state dinner with Chinese President Hu Jintao. Could the president really be that vain? Did he want to look younger for Hu? Styleite investigated, concluding that the change in color was due to product, not dye. Phew! Get the full post here. 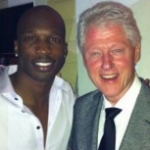 On Sportsgrid today: so you guys, Chad Ochocinco had a birthday party, and Bill Clinton was there! Totally normal birthday party. The two also posed for a snapshot, which is almost too normal looking — like they’re in Ochocinco’s back yard and a keg is just out of the frame. To see the full photo, click here. 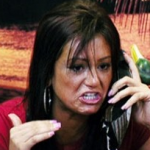 Gossip Cop reports that the “Jersey Shore” crew is unstoppable, pulling in the best ratings in MTV’s history for their third episode and beating the record set just last week by their second. But really, how long must we wait for the inevitable spin-off show for each character? Pull it together, MTV! To read the full post, click here.