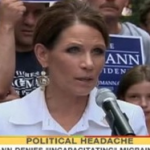 On Mediaite: there has been a bit of a kerfuffle over Michele Bachmann’s recent admission that she suffers from migraine headaches. Bachmann has been quick to deny that the headaches, brought on by stress, are incapacitating. This hasn’t stopped many from wondering if she’d be able to handle the stress of being President of the United States. Get the full post here. 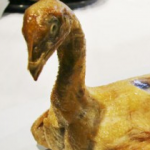 OMGOMGOMG so gross so gross! Geekosystem covers the third annual Brooklyn Jell-O Mold Competition. Chicken made of jello, is all I have to say to you. To see photos of that and more, click here. 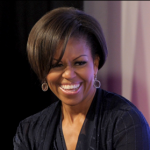 Styleite confirms that First Lady Michelle Obama will make her reality television debut on an episode of “Extreme Makeover: Home Edition,” in which she helps the crew make over a community center for homeless female veterans outside of Fort Bragg. To read the full post, click here. 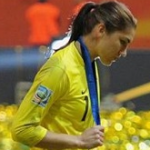 On Sportsgrid: Bryant Gumbel wants this nation of sissies to stop being nice to the US Women’s Soccer team, and treat them like the bunch of losers they are! Well, his official stance is that the players are being “coddled” after their World Cup loss, but it basically boils down to Bryant Gumbel not being able to handle female athletes being treated with respect and admiration given “special” treatment. Get the full post here. 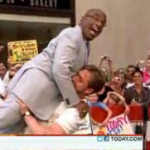 Gossip Cop has video of Al Roker fulfilling many a woman’s dream of being hoisted into the air, “Dirty Dancing” style, by Ryan Gosling. The actor stopped by The Today Show to promote his new film “Crazy Stupid Love,” but made sure to make Roker feel special and a zillion female fans wish they were him. Which is weird, but such is the power of the Gosling. To see video of this magical moment, click here. 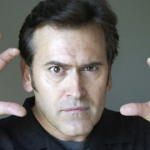 The Mary Sue confirms that there will be an “Evil Dead” remake, and that original “Evil Dead” alum Bruce Campbell will appear in the reboot. Naturally, they have a lot of feelings about this development. Read about them here. 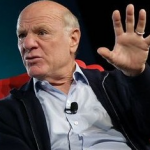 Mogulite reports that Barry Diller has launched Facebook for the elderly and decrepit! Well, not really. But sort of. To read the full post, click here.