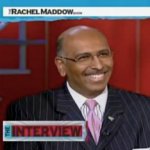 On Mediaite: the Republican party’s brief love affair with Michael Steele is over. Though he’s lost his powerful role in the RNC, he’s now able to speak to the media more candidly about his struggles as RNC chair, and what he thinks of his own performance. Gossip! Get the full post here.

Geekosystem has a clip that reminds us of everything we love about local news. In this video, a piece on internet trolls gets the “APPLE JUICE IS POISONING YOUR CHILDREN” regional broadcast treatment, replete with ominous shots of YouTube comments and the story of one brave, lone man threatened by professional trolls. Yep. Watch the clip here. 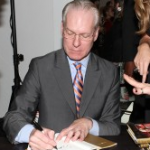 Styleite covers an interview with Tim Gunn in which he answers critics of his recent book, who accused him of being mean-spirited and gossipy. Gunn answers the charges in his typical reasonable way, reminding us that the anecdotes for which he’s come under fire weren’t rumors, but behavior he saw with his own eyes. Take that, Tim Gunn critics! You will always lose. Get the full post here.

Sportsgrid’s commitment to coverage (or, rather, UN-coverage — nailed it!) of naked athletes continues apace! This time it’s tennis star Rafael Nadal posing shirtless and wearing a slightly surprised expression in an Armani campaign. To see some perfect specimens of the human form, click here. 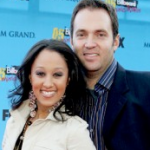 In news that will warm the heart of any “Sister, Sister” fan, Gossip Cop confirms that Tamera Mowry is engaged. She’s marrying FOX news correspondent Adam Housley, and the news comes just days after her sister Tia’s announcement that she’s pregnant. Congratulations to both! To read the full post, click here.