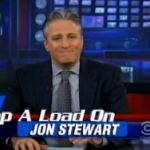 Mediaite has a very special invitation from Jon Stewart to Glenn Beck to join him on “The Daily Show.” Stewart issued the invite as a way for Glenn Beck to air his grievances against Stewart directly, as opposed to, say, on the Today show. This being “The Daily Show,” the offer came in the form of an invite to “drop a load on Jon Stewart.” Watch the clip here. 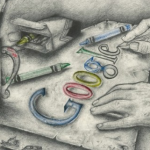 Cuuuuute! Geekosystem covers Google’s awesome “Doodle 4 Google” contest, which offers prizes to kids that include thousands of dollars in scholarships, and a trip to New York City to see their work displayed at the Whitney. Whoopi Goldberg will serve on the judging panel, naturally. Man, I wish I was 10 again! Get the full post here. 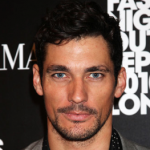 On Styleite: model David Gandy is not amused by the portrayal of models in “Zoolander.” Pardon me, I didn’t realize we had time traveled to 2001. Gandy says that male models are unfairly perceived as inferior to female models. To that, I say “I felt like, ‘this guy’s really hurting me.’ And it hurt!” To read the rest of the post, click here.

Sportsgrid as a bizarre, terrifying story of a 14-year-old student in New Mexico, who was told that she’d need to perform oral sex on athletes in order to land a job managing the school’s basketball team. The assistant coach who made this tantalizing offer has since been placed on “administrative leave” (read: fired), and rightly so! Blecch. To read the full post, click here. 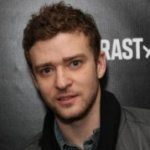 Gossip Cop reports on a rumor that Justin Timberlake is flirting with Daily Show correspondent Olivia Munn, much to the chagrin of longtime girlfriend Jessica Biel. Or it would be, if it were actually true. Not only is the story nonsense, it’s recycled — Us Weekly reported the same false rumor months ago. For shame! Get the full post here.