On Mediaite: Newt Gingrich is busy condemning news outlets, particularly NBC, for insinuating that his wife Callista was at least partly responsible for the mass exodus of campaign staffers last week. How many times has he run for office — does he not know this is just how things are done around here? Get the full post here. 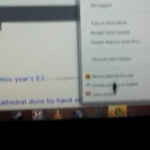 Geekosystem has a video of a highly amused toddler watching a bug crawl across a computer screen. Trust us, it’s cute. Watch it here! 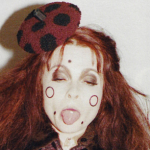 Eek! Styleite has a photo of Helena Bonham Carter modeling for Marc Jacobs, and it’s…very Marc Jacobs. Whether that is a good or bad thing is subject to debate. To weigh in, click here. 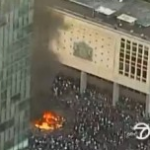 On Sportsgrid today: Canada! For shame! People are rioting in Vancouver, and it’s not doing a whole lot for the country’s reputation for being über-nice. See footage of the mob scene here. 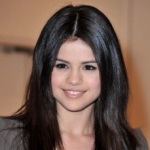 Gossip Cop covers Selena Gomez’s recent hospitalization, which the actress says was due to an overindulgence in…junk food? Come on, now. No one thought to say she came down with Bieber Fever? Get the full post here. 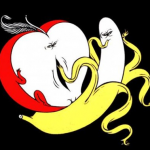 The Mary Sue brings us some awesome art inspired by Kilgore Trout, a recurring character in Kurt Vonnegut’s short stories. See it here. 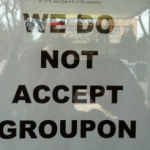 Well, this is the first: Mogulite reports that a man has concocted a GroupOn-style giveaway whose end goal is to get his wife to have sex with him. It just makes sense.