Oh, Dr. Laura. Mediaite has a video of her defending Sarah Palin from recent criticism over her response to the shootings in Arizona. The good doctor’s take? People don’t like Sarah Palin because she “has balls.” Weird, I thought it was because she was appropriating a national tragedy in order to air her grievances agains the liberal media! Tomato, tomahto. Watch the clip here. 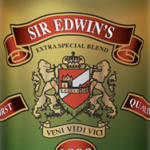 Take heed, broken-hearted 4Loko fans! Geekosystem reports that there’s something equally gross on the market now! A company called Scottish Spirits is attempting to be the first to sell straight whiskey in a can. A twelve-ounce can. While it’s marketed as the perfect size to share with a few friends, I feel like a rash of shotgun-related alcohol poisoning incidents can’t be far behind. To read the full post, click here. 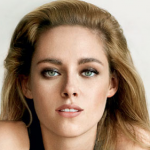 Styleite has some terrifying photos of a Kristen Stewart cyborg who appears on the cover of Vogue. While Stewart was probably thrilled to be included in the premiere fashion magazine in the country, she was probably less thrilled to find herself looking like she had been carved out of a bar of soap. So waxy! Ack! See a cyborg v. real-life Kristen comparison here. 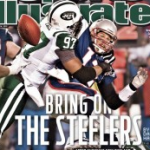 Tee hee! Sportsgrid has a photo guaranteed to warm the hearts of Patriots haters, Tom Brady haters, and those of us who like to see people being tackled. Hats off to Sports Illustrated for a cover that satisfies all three demographics! To see the full cover, click here. 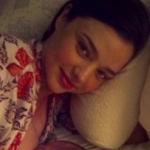 On Gossip Cop: Miranda Kerr and Orlando Bloom welcomed a son on January 6, and there are already pictures available! Rather than the standard Us Weekly debut, though, it’s a photo posted to Kerr’s website that depicts her breastfeeding her newborn in bed. It’s a gorgeous shot that’s as startling for its beauty as its intimacy. See it here.