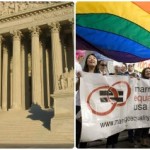 From Mediaite:  Just this morning, SCOTUS struck down DOMA, calling it unconstitutional.  Mediaite reports, “On Wednesday, the Supreme Court ruled the Defense of Marriage Act (DOMA), which made it illegal for same-sex couples to receive federal benefits, was unconstitutional. By a 5-4 vote, the Court struck down the entire law ruling that it was discriminatory.The Defense of Marriage Act, signed into law in 1996, restricted access to federal marriage benefits and interstate marriage recognition to heterosexual couples.  DOMA’s Section 3, which restricts same-sex couples’ access to shared public employee benefits, estate taxes, and ability to file for bankruptcy, has previously been found unconstitutional in eight federal courts including the First and Second Circuit Courts of Appeal.”  Read on here. 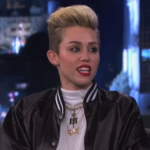 From Gossip Cop:  Miley Cyrus made an appearance on Jimmy Kimmel Live! on Tuesday.  Reports Gossip Cop, “Coming out in what Kimmel described as ‘underwear,’ Cyrus talked about her recent laryngitis, her family’s Mule Day tradition, and her friendship with Snoop Lion.  ‘We’re more alike than you would think,’ she told Kimmel, who joked that Snoop is ‘so high’ he doesn’t even know what his name is anymore.  Cyrus replied, ‘Me too, it’s fine. We both are.’  Kimmel also asked Cyrus about the performer’s decision to hire her most obsessed fan.  Later, Cyrus performed ‘We Can’t Stop’ for the first time on network television, followed by ‘Fall Down’ with Will.i.am.”  Read on here. 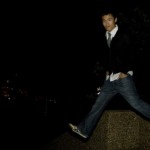 From Geekosystem:  An interview with Adam WarRock, three years after he started in the free internet music business.  Geekosystem‘s Rollin Bishop writes, “If you’ve been on the Internet, especially if you’re reading Geekosystem, chances are good that you’ve heard the ‘unique brand of pop cultural rap’ made by Eugene Ahn a.k.a. Adam WarRock.  He’s been featured numerous times here since entering the game back in 2010. We interviewed him back then, but we decided it was time to do so again and see how three years of releasing music for free managed to become a business model.  Part of the way WarRock continues to make a living is through yearly donation drives, the third of which is currently ongoing.”  Read on here. 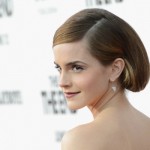 From Styleite:  Emma Watson claims to own less shoes than you do.  Styleite explains, “While Hermoine Granger is no clothes horse, sometimes it seems like Emma Watson borrows some of her Harry Potter character’s intellect when it comes to her idiosyncratic approach to fashion. Unlike many of her young Hollywood peers, Watson manages to stand out, and reveal a thoughtful sophistication with nearly every ensemble.  So when the 23-year-old star claimed that she only owns eight pairs of shoes in an interview with Radio Times, we didn’t immediately roll our eyes.  ‘It’s almost like consumerism as a form of kleptomania,’ said Watson. ‘I’ve got about eight pairs of shoes and that’s it. But it’s easy for me to sound like a total hypocrite because, of course, I’m dressed in designer clothes right now.'”  Read on here. 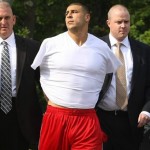 From SportsGrid:  Aaron Hernandez has been taken into custody and has been released by the New England Patriots.  SportsGrid reports, “Aaron Hernandez has finally been taken into police custody in connection with the murder of Odin L. Lloyd. His charges are undisclosed.  From Boston.com: ‘Plainclothes officers went to the front door and were greeted by a shirtless Hernandez.  About five minutes later, Hernandez was escorted from the house with a white T-shirt pulled over his hands, which were cuffed behind his back. He was put into the marked North Attleborough cruiser and then driven to the police station where it is anticipated he will be undergo the booking process.  Hernandez is expected to be arraigned later today in Attleboro District Court.'”  Read on here. 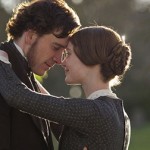 From The Mary Sue:  A modern Jane Eyre film adaption.  The Mary Sue reports, “Aline Brosh McKenna, the screenwriter behind The Devil Wears Prada, and the upcoming Quvenzhané Wallis-starring Annie remake, has been hired to write the movie adaptation of a yet-unreleased Jane Eyre graphic novel.  Let Bertha out of the attic, we’re going to the movies.  The deal came about after Fox 2000 paid a number in the ‘low seven figures’ (holy high-waisted trousers) for the rights to Archaia Publishing’s upcoming Rochester. I couldn’t dig much up on the graphic novel other than it’s a modern-day adaptation of Jane Eyre and it’s being illustrated by the Eisner Award-winning Ramón Pérez (Jim Henson’s Tale of Sand).”  Read on here. 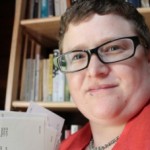 From The Jane Dough:  Most Americans live paycheck to paycheck.  The Jane Dough reports, “That happened to me this week when I read about the results of Bankrate.com’s latest poll of Americans on their savings habits: 27% of respondents had no savings, period. 50% reported having less than three months worth of expenses in savings, which is still three months less than financial authorities recommend.  But hey, at least almost one in four Americans has it together enough to have at least six months of expenses in savings so they’re prepared for job losses, major medical expenses, and other potential life events. Unlike the rest of us slobs who are living paycheck to paycheck, and, come on, show of hands here people. Don’t be shy.”  Read on here. 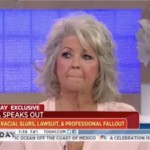 From The Braiser:  Paula Deen appeared on the Today Show this morning.  Reports The Braiser, “Paula Deen showed up this time for her hotly anticipated Today Show exclusive interview this morning to address the now infamous deposition she gave in which she admitted to having used racial slurs, and wanting to throw a plantation-themed wedding, with a black waitstaff dressed as slaves.  ‘I was overwhelmed. I was in a state of shock,’ Paula told Matt Lauer of the backlash in her interview, ‘because there’s been some very, very hurtful lies spread about me…I’m so distressed that people I’ve never heard of are all of a sudden experts on who I am.'”  Read on here.