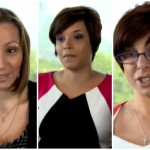 From Mediaite:  The Cleveland kidnapping victims release a “Thank You” video.  Mediaite reports, “The three women recently freed from captivity in a home in Cleveland released a YouTube video on Tuesday morning, thanking their supporters and affirming the renewal of their normal lives.  Amanda Berry, Gina DeJesus, and Michelle Knight appeared separately in the video, with Berry and Knight reading from prepared statements and DeJesus answering questions from an off-screen interviewer.  ‘It has been a blessing to have such an outpouring of love and kindness,’ Berry said, seeming quite composed. ‘I’m getting stronger each day. Having my privacy has helped immensely. I ask that everyone continue to respect our privacy and give us time to have a normal life.'”  Read on here. 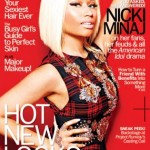 From Gossip Cop:  In the August issue of Marie Claire, Nicki Minaj opens up about men and her controversial “American Idol” stint.  Gossip Cop reports, “Even though the performer only judged the show for a single season, Minaj thinks her ‘Idol’ experience was valuable.  ‘The perception that people had of me completely changed because there are no cue cards, there’s no script, it wasn’t me performing a song. It was, ‘Let’s see your real personality,’’ Minaj says of the singing competition.  She continues, ‘My core is a genuine human being who roots for other people. I didn’t want to blow smoke up their ass. I wanted every contestant to leave with something that they could remember.’  ‘Idol’ also directly led to her casting in The Other Woman, which may kick off a film career.”  Read on here. 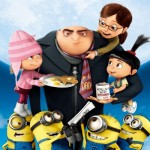 From Geekosystem:  Making villians less scary than there supposed to be is a recent trend in the film industry.  Reports Geekosystem, “It’s become a trend in movies to have us explore villains as protagonists, and Despicable Me 2 is just the latest. Monsters University has us understanding and even rooting for the literal monsters, and Wreck-It-Ralph is all about a video game villain – it’s clear audiences like seeing the other side of traditional villains. Even the traditional zombies can be a romantic contender nowadays. That’s why we’ve compiled a list of 10 movies featuring villains as protagonists that we’d totally watch.  World War II gave the world Nazis and Hitler as clear, easy targets. Then the war ended, and the United States pretty much spent the next half-century in wars with no clear and definitive enemy.”  Read on here. 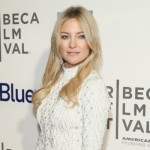 From Styleite:  Kate Hudson is collaborating with JustFab on an athletic apparel line for women with a busy lifestyle.  Reports Styleite, “We love Kate Hudson, and her style, which has us scratching our heads about her latest collaboration: An athletic apparel and accessories line with lowbrow shoe purveyor, JustFab. Considering that Ann Taylor and Almay were such fitting selections for her to work with, we’re curious how Hudson ended up at a subscription-based fashion company helmed by Kimora Lee Simmons. Don’t get us wrong, we love us a little Baby Phat, but considering that Hudson’s aesthetic has always been boho chic, this just seems like an incongruous match.  Also, and perhaps we’re stuck in the early ’00s, but imagining a Penny Lane cameo on E!’s Kimora: House of Fab is just so weird for us.”  Read on here.

From SportsGrid:  Even if you just look at athletics as just a job where all of your coworkers happen to be famous, I would think that it might be a good idea to have some idea of what they look like.  SportsGrid explains, “As a general rule, Americans could care less about soccer. In fact, we care so little that we don’t even call it by its true name. The sport is slowly becoming more popular, particularly among the hipsters of the northwest, but perhaps Americans need a star player to get behind, one we can identify with, before we embrace the beautiful game. We need someone to match our ambivalence, our lack of interest, our confusion as to why everyone gives a shit. Meet Benoît Assou-Ekotto. He plays full-back (which in soccer is defense, not offense) for Tottenham Hotspur and, according to Wikipedia, is known for his ‘frankness.'”  Read on here. 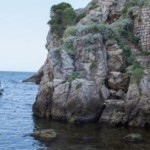 From The Mary Sue:  If you’ve been watching Game of Thrones, then you’re probably familiar with a place that looks a lot like Dubrovnik, Croatia.  Many scenes of the last season were filmed there and with a little CGI help, Dubrovnik was transformed into Westeros.  The Mary Sue writes: “Ever wonder how Game of Thrones manages to create a Westeros that looks so other-worldly and authentic? Then check out this gallery comparing the real filming locations of the show with what those same places look like with a little CGI thrown in. The Dubrovnik, Croatia set looks pretty spectacular on it’s own, but check out how a little pinch of TV magic can make a beautiful old city into another world entirely.”  Read on here. 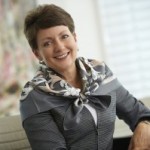 From The Jane Dough:  From 4.2% to 4.4%, women CEO’s are on the rise.  The Jane Dough reports, “Duke Energy, the nation’s largest electric power holding company, announced last week that Lynn Good would be their new CEO. As the former CFO and executive vice president of the company, Good will receive an annual base salary of $1.2 million in addition to other incentives, according to a filing with the U.S. Securities and Exchange Commission.  Her promotion raises the number of female Fortune 500 CEOs to a grand total of 22. For those of you keeping score at home, that’s a jump from 4.2 percent to a whopping 4.4 percent. The number of female Fortune 1000 CEOs is now at just under 5 percent.”  Read on here. 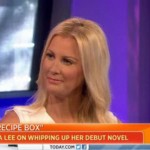 From The Braiser:  Sandra Lee writes a fictional novel, Recipe Box. Reports The Braiser, “Ugh, aren’t you sick of reading the same tired chef memoirs? We get it, you sweat a lot and get your ass kicked. Wouldn’t you much rather be reading the completely fictional tale of a struggling Midwestern single mother, meeting a well-to-do New Englander, who sweeps her off her feet, with a dozen recipes weaved into the book for good measure, penned by a food personality? Sound familiar? That’s because it’s the totally-not-autobiographical new novel from Sandra Lee.  The above photo is the face she made this morning on Today when Savannah Guthrie suggested that the book was maybe just the tiniest bit based on her life with live-in boyf New York Governor Andrew Cuomo.”  Read on here.