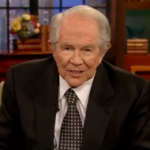 From Mediaite: Televangelist Pat Robertson made a surprising statement yesterday. Mediaite reports, “Televangelist Pat Robertson shocked many of his critics on Monday afternoon when he said during his 700 Club broadcast that he does not believe there is any ‘sin’ associated with the act of undergoing a sex change procedure. When asked by a viewer for advice on how to refer to two transgender co-workers who have undergone surgical sex changes, Robertson said: ‘I think there are men who are in a woman’s body. It’s very rare, but it’s true”… Robertson then made the most astonishing admission despite his penchant for saying things like homosexual activity makes him want to ‘vomit’ or that it will lead to the demise of Western civilization. Find out what it was by reading the story here. 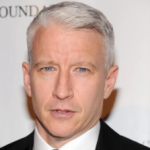 From Gossip Cop: Things got scary recently for Anderson Cooper. Gossip Cop writes, “Anderson Cooper is the latest victim of an alleged stalker. Alex Hausner, a 48-year-old Queens man, was taken into custody on Saturday for allegedly making several unwanted attempts at contacting the newsman over the last six months. Hausner was charged with stalking, menacing, and aggravated harassment, and held on $75,000 bail. He is also accused of repeatedly trying to enter the West Village home that Anderson shares with boyfriend Benjamin Maisani. ‘I swear to f**king God don’t insult me, I’m going to f**k you up,’ Hausner allegedly said in a message captured on security footage. Cooper has yet to comment on the situation.” Read on here. 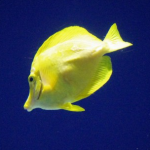 From Geekosystem: If you were a fish, what would be your ideal protective trait? Geekosystem reports on the strange-but-true survival skills of Angelfish: “You know those novelty glasses with pictures of eyes on them that you can wear while taking a nap to make people think you’re really awake? Researchers from the University of Saskatchewan and Australia’s James Cook University have found a fishy equivalent: Young angelfish are able to grow false eyes on demand when exposed to predators. While biologists knew that angelfish sometimes developed false eyes, they were unsure until now how that process began or whether it was an evolutionary trait held by some fish or a kind of genetic mutation that was passed along family lines. However, they’ve now discovered that all angelfish can grow false eyes, and they seem to create these markings as a response to the presence of dangerous predators.” Read more here. 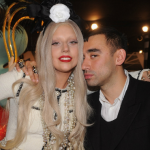 From Styleite: Lady Gaga will be making a new debut, with a new stylist as well. Styleite writes, “While Lady Gaga has practically been in hiding for the past couple of months, she’s been plotting a major fashion overhaul. But don’t sit waiting for another outfit via the walk-in freezer at her Dad’s restaurant. Gaga’s actually not trying to outdo herself this time around, instead opting for a more fashion-forward, clean look, which could explain why she and Nicola Formichetti are cooling their business relationship a bit. If you ask Formichetti, though, his explanation verges on ‘ain’t nobody got time for that!’ He explained to WWD:  ‘She’s going to be my BFF forever, but my ex-assistant Brandon is heading that project. I’m too busy with [other commitments]. I’ve done two albums with her, it’s been like five years, and you know, I’m always going to be involved somehow, but I cannot do it every day. She changes 12 times a day; it’s insane.’ Read on here. 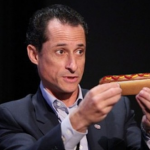 From SportsGrid: You can always count on minor league baseball for some unique promotions. SportsGrid reports on the latest: “The Double-A Richmond Flying Squirrels, a minor league affiliate of the San Francisco Giants, are poking some fun at New York City mayoral candidate  Anthony Weiner. On Thursday night, the team will sell  weiners for a dollar apiece in honor of the politician’s sexting scandal, which involved his… weiner. Todd Parnell, the team’s Chief Operation Officer, said that the promotional game is ‘meant to be a fun, tongue-in-cheek night.’ I’m not sure that selling discounted hotdogs as a reference to Anthony Weiner sending girls pictures of his penis really fits the definition of ‘tongue-in-cheek,’ Todd. But the festivities, which are being referred to as ‘Salute to Scandal Night,’ don’t stop there. The Flying Squirrels will also have a ‘Brett Favre football throw’ and a ‘Tiger Woods closest to the pin challenge.'” Read more here. 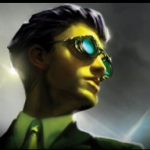 From The Mary Sue: Artemis Fowl is finally getting a movie. The Mary Sue writes: “All you Artemis Fowl fans, get ready– according to a recent press release, Disney Studios just greenlit a project to bring Artemis to the silver screen.Yup.After all these years, we’re finally getting an Artemis movie. So who is set to make this film? Go under the cut for details on production. Producer Harvey Weinstein is leading the front along with Jane Rosenthal and Robert De Niro. The script is being written by the same man who wrote the script for Harry Potter and the Order of the Phoenix. The series itself has sold ’21 million copies in print in 44 languages worldwide,’ according to the press release. It was one of the first to become really popular in YA, back when YA was just beginning to gain ground as a literary genre. Though the popularity of the series has waned over time (and subsequent books), the story still holds a place of honor in the hearts of many who read it back in 2001.” Read on here. 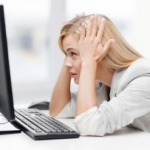 From The Jane Dough: When finding a new job, your online reputation is key. Today, The Jane Dough offers some stories and tips: “Kevin G. had been working in finance for five years when he decided to apply for a new position at an illustrious firm. ‘I’d heard that a lot of employers will do some due diligence online before interviewing people, but I didn’t have any type of online presence at the time—no Facebook, no LinkedIn, nothing,’ says Kevin. ‘But I decided to Google myself, anyway, to see what came up.’ What he found was another Kevin G., whose disturbing information was readily available online. ‘The Kevin G. who came up was a child sex offender,’ Kevin says. ‘He has a different middle initial, and he’s in his sixties, while I’m in my twenties. But I didn’t think that potential employers would even get to those details. Instead, I saw them passing up on my résumé once they saw that the whole first page of search results for my name was from mugshots.com and bustedoffenders.com.’ Clearly, Kevin needed to do something—and fast.” Read more here. 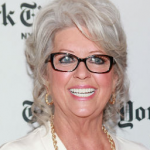 From The Braiser: Because we needed one more opinion on the Paula Deen scandal, Tim Allen has voiced his. Writes The Braiser, “On June 19th, 2013, better known as Paula Deen Deposition Leak Day, Tim ‘Father Figure Of Our Collective Youth’ Allen also happened to be doing an interview with the Tampa Bay Times, in which he addressed Paula’s use of The N Word in comedian terms, which, while the argument may hold water for comedy, seemed a little misguided when applied to a Food Network cooking personality and restaurant owner in Georgia. Citing the stand-up of Richard Pryor and Lenny Bruce, Allen tried to make the argument for reclaiming the word in a socially responsible way (now if only Paula could figure out how to reclaim a plantation-themed wedding in a socially responsible way…).” Read what he said here.