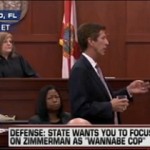 From Mediaite:  The Zimmerman defense wrapped up its case during closing arguments this morning.  Reports Mediaite, “During closing arguments this morning, George Zimmerman‘s defense attorney made the case that the defendant isn’t guilty of ‘anything but protecting his own life’ while acting in self-defense by shooting 17-year-old Trayvon Martin last year.  According to the lawyer, the state’s case proves no guilt, but rather, emphasizes Zimmerman’s ‘pure, unadulterated innocence.’  Attorney Mark O’Mara made the case that the prosecution hadn’t proven Zimmerman’s innocence beyond a reasonable doubt.  Instead, he suggested, the state’s case relies solely on a series of hypothetical ‘what ifs’ and ‘could have beens.'”  Read on here. 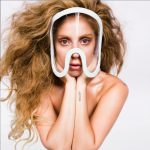 From Gossip Cop:  Lady Gaga has announced that her new album “ARTPOP” will arrive in November.  Reports Gossip Cop, “It will be accompanied by an app described as a ‘musical and visual engineering system that combines music, art, fashion and technology.’  Meanwhile, the project’s first single will debut on August 19, with album pre-orders kicking off on September 1.  The performer announced the news — and a lot more — on Facebook early on Friday.  ‘ARTPOP musically mirrors Gaga’s creative process as she passes through the medium of each artist she collaborates with, scoring a blueprint on her journey,’ says the statement. ‘The result, a ‘rage’ of electronic passion and fury, defining each artistic process from beginning to end, ARTPOP could mean anything.'”  Read on here. 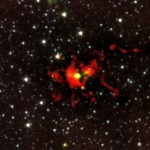 From Geekosystem:  The largest star in the Milky Way has been found and it’s not even done forming yet.  Geekosystem reports, “If Hercules hadn’t been made into a constellation, he would probably have been reborn in space as a recently discovered star: the largest one ever spotted in the Milky Way.  A group of astronomers found the embryonic star, which is still forming inside of a huge cloud about 10,000 light years away from Earth, using the ultra-powerful ALMA(Atacama Large Millimetre/submillimetre Array) telescope.  Now that they’re getting a good look at the massive star, researchers have been able to learn some new lessons about how stars this size are born.   According to new data gathered by ALMA observers, the birth process begins when the core of a cloud like the one this star begins to collapse inwards, with outside material raining in towards the center to form one or more massive stars.”  Read on here. 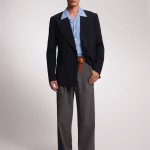 From Styleite:  Michael Kors is so over the skinny jeans look for men.  Reports Styleite, “‘Bowie meets Cary meets Gosling…’ Meets Huckleberry Finn?  For Spring 2014 Michael Kors is waging war on your guy’s skinny jeans, debuting a Dickens-luxe range of sleeveless blazers, suede trenches, hemp bags, and wide-legged, pajama-style trousers complete with rope-inspired belt.  The reason for Kors’ personal vendetta is unclear. Is fitted denim not compatible with a streak-free spray tan? Is this a clandestine move to clear the path for father-son pants sharing? Whatever the reason, we’re cool with it if dudes are. Seems unfair that girls should be the only ones licensed to feel a refreshing calf breeze on a sultry summer day.”  Read on here. 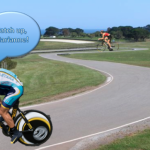 From SportsGrid:  The best female cyclist couldn’t compete with the worst male cyclist in the world.  Explains SportsGrid, “To ‘compete’ means ‘to strive to gain or win something by defeating or establishing superiority over others who are trying to do the same.’  In order to compete, you have to be competitive.  Women are now asking to be allowed to compete in the Tour de France, the world’s biggest cycling race, but they shouldn’t be allowed to because they wouldn’t be competitive.  Just to give you an idea of how men and women stack up in the cycling world, let’s look at the 2012 Summer Olympics road race, which is separated by gender. The men’s race is 250 km (155.3 miles) in length compared to 140.3 km (87.2 miles) for the women. If we want to convert the women’s finish times to a number comparable to the men’s, we simply multiply by 1.78.”  Read on here. 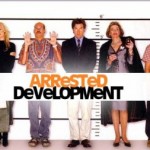 From The Mary Sue:  Arrested Development‘s producer, Brian Grazer, is talking with Netflix about the next season.  Reports The Mary Sue, “Just a couple months after the premier and subsequent binge watching of Arrested Development Season 4, Brian Grazer and Netflix are already in talks for another season of the comedy.  At the Allen & Co. Conference in Sun Valley, Idaho, Grazer, who produces the show with Imagine TV, revealed that Netflix was eager to repeat the success they had with the fourth season, saying,  ‘We are in conversations with them to do another. They are interested in doing that.’  Netflix has shown interest in a fifth season since early June, when CEO Reed Hastings talked about the company’s push for more original programming, from 5% to 15% in the next couple of years.”  Read on here.

From The Jane Dough:  Amy Schumer does a lovely skit on how women accept compliments.  The Jane Dough writes:  “As we’ve previously mentioned, we are big fans of Amy Schumer.  The girl just gets it. (And by ‘it’ we mean, ‘us, fellow ladies.’)  Hysterical, ruthless, vulgar, smart, and undeniably adorable, Schumer is proof that lady comedians contain multitudes. In this clip from her hilarious Comedy Central show Inside Amy Schumer (brought to our attention by Upworthy), Amy takes on the dark female compliment culture that every woman has fallen victim to, at least once.  Ladies will deflect, negate, and downright refuse a compliment instead of accepting it and will go on to talk about themselves in the most defeating way. We’re guilty of it and, until now, we here at the Jane Dough didn’t even think about how terrible it is.”  Watch the clip and read more on here. 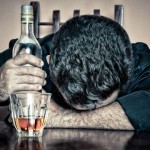 From The Braiser:  Ever wonder what ten or more drinks a week would make you look like in ten years?  Well, now there’s an app for that.  The Braiser writes, “Your face will deflate as the years pass, wrinkling and slowly collapsing on itself like a weathered old soccer ball abandoned behind the playground shed, cracks spreading along the fleshy folds of what once were cheeks (and can now be rightfully called ‘jowls’), bloodshot eyes clouding over with a phlegmatic yellow haze. It is true. We saw the future, yours and ours, in this app made by the Scottish Government (the irony) that dramatically illustrates the effects over time of drinking too much.  The premise is simple: take your photo using the camera on your computer, line it up in the Drink Smarter light box, and admit (to yourself, and also the computer) how many drinks you imbibe per week.”  Read on here.