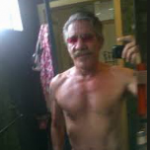 From Mediaite: Remember that topless Geraldo Rivera selfie? Fox News Chief Roger Ailes has finally voiced his opinion on it, reports Mediaite: “Thursday could not have been a more apt day for Fox News CEO Roger Ailes to hold the 21st Century Fox investor conference, given the big news about Megyn Kelly potentially moving to primetime. When pressed by Neil Cavuto, Ailesavoided directly weighing in, yet according to TVNewser, he somehow managed to work in a jab at Geraldo Rivera over that picture we all saw and then quickly tried to forget. Ailes talked a lot about potential programming shifts at Fox News yesterday, and praised practically everyone at the network, even Rivera. But his kind words for Rivera were tempered with some stinging quips.” Read what he had to say here. 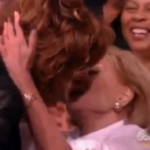 From Gossip Cop: Today was co-host Joy Behar’s last day on The View. Gossip Cop writes, “Joy Behar kissed ‘The View’ — and a ton of people — goodbye on her final show on Friday. The co-host, who has been with the morning talk show since its debut in 1997, announced in March that she wasleaving the show, giving producers ample time to compile how Behar had a habit of kissing on the lips the show’s guests and co-hosts – a lot. Former co-host Meredith Viera appeared on the Behar’s last episode, and told Behar, ‘This is something you’ll never have again,’ before kissing her. Behar also ran over to Barbara Walters for them to share their first kiss on the lips. Regis Philbin, a guest on Behar’s final show, also gave ‘The View’ co-hosts Whoopi Goldberg and Sherri Shepherd kisses on the lips, and then all hell broke loose with a massive kissingfest. Behar, of course, is not the only big ‘View’ departure this year. Elisabeth Hasselbeck left the show in July to join Fox News, paving the way for Jenny McCarthy to sign on as a new permanent co-host, with her debut set for September. And Barbara Walters, the show’s creator, is set to exit next spring when she retires.” See video of her departure here. 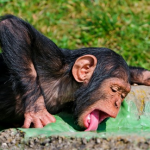 From Geekosystem: How do apes and orangutans swim? Geekosystem explains, “On TV and in movies, you can see various types of primates doing all kinds of athletic things like climbing trees, swinging from vines, or even playing hockey. But swimming? That’s pretty rare, but it happens. Allow Cooper the chimpanzee and Suryia the orangutan to demonstrate their swimming technique for you. Now you’d think that apes would use a type of doggy paddle like most other four-legged mammals do to stay afloat in the water, but Cooper and Suryia actually performed a variation on the breaststroke. They move their limbs out sideways from their bodies kick with both feet simultaneously. This was discovered by researcher Renato Bender from the University of Witwatersrand in Johannesburg, South Africa.” Watch video here. 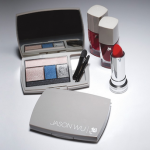 From Styleite: New make-up alert! Styleite writes, “Marc Jacobs‘ Bleecker Street beauty store is officially open for business, but don’t go blowing your quarterly lipstick budget in one fell swoop – Jason Wu’s is out in September. The designer announced back in February that he was teaming up with Lancôme on a cosmetics line, joining the ranks of L’Wren Scott, Jenny Packham and Alber Elbaz by testing the waters of powders, palettes and polishes. He also gave us a sneak peek at one of the shadows at his Fall 2013 show, sending every girl in the show down the runway in his favorite smoky lilac eyeshadow from the upcoming collab. “It’s one of my favorite colors,” he’s now told WWD. “I figured, for a sneak peek at the collection, it felt like the right thing to do.” We can already see it sneakily peeking out from under the bangs of berry hue-lover Michelle Obama. The 15-piece collection includes three eyeshadow palettes, dark navy mascara and multiple red lipsticks and nail polishes, which range in price from $15 to nail polish to $49 for a five-shade eye palette.” Read more here. 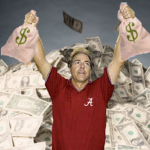 From SportsGrid: Alabama is using a new tactic to recruit players. SportsGrid explains, “Nick Saban could just use his BCS Championship trophies as a recruiting pitch, because what says ‘come play football for us’ better than three national championships in the last four years? Oh, money does. Don’t worry Tide fans, Saban & Co. aren’t promising to pay players so there’s no recruiting violation here, but they are strongly hinting that recruits have a good chance at getting rich if they come to ‘Bama… Championships, trophies, and accolades are great, but money talks and cash is king. You aren’t going to find a stronger recruiting pitch than this out there.” See the leaflet being sent to potential players, which “adds on the bottom that ‘the process pays off,’” here. 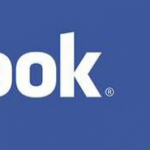 From The Mary Sue: More Facebook news today. Writes The Mary Sue, “Sadly, Facebook has not backtracked on their decision to introduce autoplay, television-style ads into the social networking site, but, at the very least, the company is delaying the process and taking care to accommodate concerns. Founder Mark Zuckerberg is reportedly taking precautions to ensure that the new type of advertising disrupts Facebook users as little as possible, while still making the company $2.5 million per day per advertising spot. Facebook’s original plan was to take advantage of the massive traffic the website gets during prime time television hours. 88 to 100 million users, especially between the ages of 18 to 24, log onto Facebook, and sit on the site, between 8pm and 11pm on weekdays, a coveted time slot for TV advertisers. The company plans to introduce short, 15 second television style video ads into Facebook, and into your newsfeed, to capitalize on the traffic. However, now it seems that the company has some worries about how users might react to the autoplay ads, especially on cell phones.” Read on here. 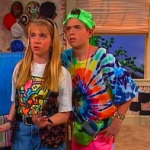 From The Jane Dough: Today, the site reminds you of an important question you should use to screen dates. Writes The Jane Dough, “Dating is hard. Whether you meet in a dive bar or get paired together by the mysterious algorithms of Dr. Okc Upid, phD in Sexy Times, the story tends to be the same: you get some drinks, the other person makes you laugh, so you grab dinner, the other person makes you feel cute, so you smooch, and things seem to be going great when they ask you for pictures of your feet and mention that their other girlfriend thinks you are cute as well. Bummer. We’re here to help. We’ve designed a foolproof way to determine who your date really is, using just one simple question: What is your favorite ’90s kid’s show?'” Find out what their answer means here. 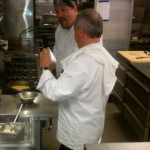 From The Braiser: Legal woes for a food movie. The Braiser explains, “This morning, The Hollywood Reporter dropped some fun legal news: apparently Jon Favreau’s upcoming film Chef, an A-list-filled movie about a struggling chef in a food truck, is currently caught in a financial lawsuit full of insanity and escrow accounts. According to a byzantine-looking injunction filed in the LA Superior Court, here’s the allegations of fraud haps: Sous Chef LLC, the production company overseeing Chef (Oh! We get it), claims that Providence Films and its president Xavier Mitchell took $297,175 out of an escrow account they weren’t supposed to, and directed it to Mitchell’s personal accounts. Apparently the two companies, both co-financing the film, were supposed to each put $3 million into said escrow account, and use that $6 million tobuy All The Food Trucks and make All The Cuban Sandwiches for the sake of the movie. But according to The Hollywood Reporter, Mitchell totally didn’t.” Read on here.