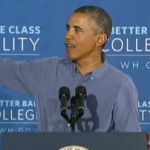 From Mediaite: Yesterday, Obama faced some heckling. Reports Mediaite, “Supporters of Bradley Manning, now known as Chelsea Manning, heckled President Obama during his Thursday night speech on higher education policy.As the president gave his remarks before an audience in Syracuse, New York, two women unraveled a ‘Free Bradley Manning’ sign and began chanting something inaudible. They were immediately escorted from the auditorium to the applause of the crowd. ‘She brought up an issue of importance, and that’s part of what America is all about,’ Obama said following the protesters’ removal. He also described the hecklers as ‘polite’ after attempting to calm the crowd down.” Read the story and see video here. 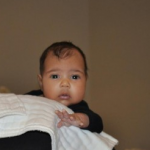 From Gossip Cop: The world has finally caught its first glimpse of North West. Writes Gossip Cop, “Kanye West and Kim Kardashian’s new baby North West made her official debut on Friday’s episode of ‘Kris.’ West revealed the very first photo (right) of the couple’s daughter, who was born on June 15. Asked who the little girl looks like, the rapper said, ‘I pray that she looks like her mother when she’s older.’ West told Jenner that he and Kardashian’s new addition has ‘brought us closer,’ noting, ‘There’s someone more important to us than us for the first time.’ He said that now that he’s a dad, ‘My only goal is to protect my daughter.’ In his emotional sit-down with Jenner, West talked about his ‘love for Kardashian, and said he ‘lives for’ her and their daughter.” See the full photo here. 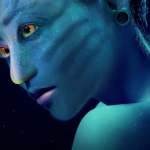 From Geekosystem: Did you like Avatar? You’re in luck – there’s more of it coming your way. Reports Geekosystem’s Maia Brown-Jackson, “The universe of one of the most visually stunning movies in the past few years will now be relegated to our mind’s eye: James Cameron– who hasn’t yet finished the screenplay the three Avatar sequels– is now working with science fiction writer Steven Charles Gould to write four stand-alone novels set in the Avatar universe. Guys. Come on. I actually really enjoyed Avatar when it came out– sure, it was just an old story given a new twist, but boy can James Cameron still make a visually stunning piece of cinema. Were that it, Cameron could still be riding a high with filmgoers everywhere. But it seems like he might be taking a page out of George Lucas’ playbook and no one should ever, ever do that. Just because a movie is wildly successful doesn’t mean you can’t screw it up with sequels and prequels and tie-in books.” Read on here. 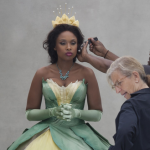 From Styleite: It’s a dreamy Disney day in fashion: writes Styleite, “Annie Leibovitz plus Disney is a dream that comes to live once a year when the photography doyen shoots a different celebrity as a Disney Princess for the ongoing Disney Dream Portraits series. Normally we try to quash our jealousy a little by claiming the magic is 90% created on Photoshop, but apparently the combination of Leibovitz, childhood nostalgia and a modern pop culture icon is just as heavenly as it sounds. This year Jennifer Hudson joined the ranks of Beyoncé, Olivia Wilde and Taylor Swift, being made over as Princess Tiana from The Princess and the Frog.” See behind-the-scenes pictures of Hudson “swanning around a misty forest in her princess gown, flanked by one of the world’s greatest fashion photographers and her own adorable son David” here. 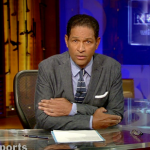 From SportsGrid: The A-Rod PED scandal has spiraled out of control in the media. This week, ESPN’s Bryan Gumbel presented a refreshing perspective on the situation. Reports SportsGrid, “‘Real Sports’” airs every Tuesday on HBO, and this week host Bryant Gumbel ended the episode with a thought-provoking commentary on Alex Rodriguez. He doesn’t make apologies for A-Rod, whom he calls a liar and a fraud — but he does put America’s outrage into perspective.” He begins, ““Finally tonight, what are we supposed to do with Alex Rodriguez? Embrace him? Pity him? Scorn him? I can easily understand any or all of those reactions because I think he’s a liar and a fraud. But what I don’t understand are the expressions of shock and outrage over his alleged drug use because, frankly, this country’s crazy about drugs.” For more, watch the video and read the transcript here. 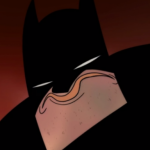 From The Mary Sue: Ben Affleck is the new Batman, and it has sparked quite the reaction. The Mary Sue reports the straight news first: “The Dark Knight is upon us once more… Warner Bros. announced yesterday, Oscar-winning Ben Affleck will play Batman opposite Henry Cavill in Zack Snyder’s Man of Steel sequel. The press release said this Batman will be ‘an entirely new incarnation of the character.’ Snyder’s statement: ‘Ben provides an interesting counter-balance to Henry’s Superman. He has the acting chops to create a layered portrayal of a man who is older and wiser than Clark Kent and bears the scars of a seasoned crime fighter, but retain the charm that the world sees in billionaire Bruce Wayne. I can’t wait to work with him.'” For the editors’ opinions, read the article here. 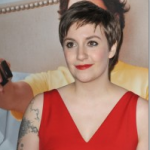 From The Jane Dough: Yesterday was Thursday, and you know what that means: throwbacks. Many are claiming Lena Dunham “won” yesterday’s Throwback Thursday, for good reason. The Jane Dough reports: “Celebrities, they are just like us — filled with anxieties and insecurities and dying just a little bit each day! Even in your darkest moments, when you are drunk, alone in your bedroom, listening to ‘Totale Finsternis,’ convinced that you will never be as happy or successful as Bonnie Tyler, there are two universals that you can count on: everybody poops and everyone was once a virgin who couldn’t drive. Lena Dunham certainly was, and she has no shame acknowledging it; in fact, the Girls creator won #tbt yesterday by Instagramming the TWO-PART letter she sent to TimeOut New York sex columnist Jamie Bufalino in 2005.” Read about it and see it here. 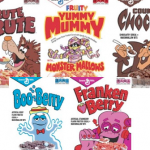 From The Braiser: It’s a good day for nostalgia. Writes The Braiser, “Summer? Whatever, Halloween is coming up, and thanks to General Mills, it’s going to be even more nostalgic this year than ever before. The food corporation announced that for a limited time, they would resurrect all of their special monster-themed cereals, because Halloween is a time to celebrate spooky corn syrup-flavored treats. Though they’ll be available in stores nationwide, the old-time boxes of Count Chocula, Frankenberry, Boo Berry, Frute Brute and Fruity Yummy Mummy will soon relocate to everyone’s local favorite haunted mansion, Target. According to General Mills’s blog, it’s the first time that all five spoooOOooOOOooky flavors have been available at once, and the first time that Frute Brute and Fruity Yummy Mummy have returned to store shelves ever since they were discontinued decades ago.” Read the story here.