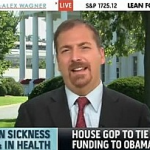 From Mediaite: How will the government shutdown standoff end? Today, Chuck Todd made a prediction, Mediaite reports, “As the brinkmanship among Republicans in Congress accelerates toward what could result in a government shutdown if a resolution to fund the government but defund the Affordable Care Act passes, political observers are beginning to game out possible resolutions to this conflict. On Thursday, NBC News Chief White House Correspondent Chuck Todd predicted that there will be a brief government shutdown, with all the fallout that would entail for the GOP, but only for up to 48 hours before the political damage becomes evident to Congressional Republicans.” Read the full story here. 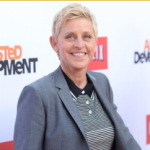 From Gossip Cop: Who is the most likeable woman in Hollywood? Gossip Cop answers, “Ellen DeGeneres is the most likeable woman in Hollywood, according to aniHeartRadio survey. The popular talk show host received 35.1 percent of the vote, beating Jennifer Lawrence (17.7%) and Emma Stone(13.4%). In fourth place was Jennifer Hudson with 12.5 percent, followed by Natalie Portman(10.2%), Zooey Deschanel (8.5%), andAnna Kendrick (2.6%). The survey also asked respondents to name the ‘song of the summer’ — Robin Thicke’s “Blurred Lines” crushed the competition with 30.4 percent of the vote. As for the ‘best actor/actress turned musician’? Drake (25.3%) topped Johnny Depp (21.8%) and Jack Black (19.4%) for the title.” See more here. 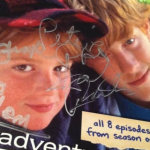 From Geekosystem: Attention, Pete & Pete fans. Geekosystem reports, “The Adventures of Pete & Pete was one of the best things about growing up in the 90′s, and fans of the show should be thrilled to know that the Petes themselves, Danny Tamberelli and Mike Maronna, have started a podcast appropriately titled The Adventures of Mike & Danny. Pipe! The show is based around the premise that every month Tamberelli and Maronna’s friend and co-host Jeremy Balon sends them on an adventure, and the three talk about the results. The first episode went up on September 10th and it features guest comedian Kurt Braunohler. For their first adventure, the Petes went to the Portland Petesfest where they and other cast members met with fans of the show.” Read more here. 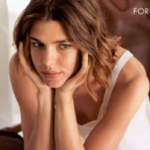 From Styleite: What happens when you combine Royals and puppies? You get Gucci’s latest campaign, answers Styleite: “You know how much we adore Grace Kelly’s granddaughter Charlotte Casiraghi, and we also happen to be dog people, so you can imagine how jazzed we were to find the Monegasque beauty starring in her fourth Gucci’s ‘Forever Now’ fragrance campaign alongside a golden retriever and doberman puppy. Yes, male models are always a treat but it’s truly a doggie breath of fresh air (we went there, sorry!) to add some adorable canines to the mix. Self-professed animal lover Bruce Weber was a supreme choice to go behind the lens, as both Casiraghi and her four-legged co-stars look very much at ease posing with the delicious Bamboo Bags.” See photos here. 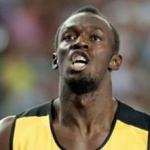 From SportsGrid: Usain Bolt announced he was retiring. But now he might be taking that statement back. Reports SportsGrid, “A few weeks ago Usain Bolt announced that he would retire from running super fast, competitively, after the 2016 Olympics. It was sad news, because Bolt is an all-time great and you don’t want all-time great to stop competing (see: Rivera, Mariano), even if that means watching them decline and become shells of their former selves (see: Federer, Roger). But we didn’t mean to you had to change your mind about it, Usain. We were railing more against the passage of time than anything you did in particular.” Read the full story here. 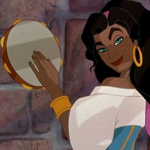 From The Mary Sue: ABC has a new show, writes The Mary Sue: “First Peggy Carter might be getting her own show. Now it’s Esmeralda’s turn. I half expect there to be an announcement about the return of Xena by the end of the day. Disney has announced that they’re taking to ABC to tell the story of The Hunchback of Notre Dame—their version, not Victor Hugo‘s book version, which is decidedly more depressing than its Disney counterpart—from the perspective of its heroine, Esmeralda. smeralda will be a limited series, meaning it’ll have one short season and a definite end point, kind of like a miniseries. Think CBS’ Under the Dome. The series will be written by Evan Daugherty, who penned Snow White and the Huntsman.” Read all about it here. 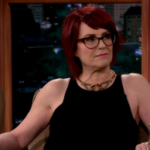 From The Jane Dough: One of the site’s favorite funny ladies had a funny night in France. Reports The Jane Dough, “After 20-something years of living with a French mother, one would think that I’d have some insight into that vibrant and passionate culture, the one that has wooed Ernest Hemingway, Jim Morrison, and sexually curious college students. Yet, as I reflect upon the amount of lavender sachets I received from Père Noël, the number of times I brought a quiche to a school bake sale, and my exorbitant ham and tea consumption between the ages of 6 and 10, I can only concede that the French are a whacky bunch who really have trouble spelling the word “was.” (What would you do with a text from your mother that read “I waithe in the city”? How would you interpret that?) Thus the tale that Megan Mullally recounted on The Late Late Show about her bizarre night in Lille, France, didn’t surprise me.” Read on here. 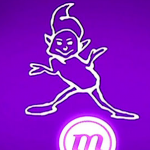 From The Braiser: How much would it cost to own Top Chef? The Braiser answers, “Got $80 to $100 million in your couch cushions? Ever want to make a series where Padma Lakshmi and Heidi Klum sit back and judge people’s talent? You might be in luck — because Variety broke the news this morning that Magical Elves, the production company behind the Top Chef franchise (and the creators of Project Runway, The L Word, and Cold Justice), has gone on sale.While that is indeed a giant pile of money to buy a company with such hot properties (as well as the human resources of its executive producers Dan Cutforth and Jane Lipsitz), Variety notes that reality competition shows aren’t as valuable as they were in, say, the mid-2000′s.” Read the full story here.