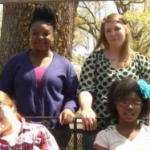 From Mediaite: Prom season approaches, and one southern school is hoping their dance this year will make history. Writes Mediaite, “”Straight out of a time capsule from 1963, one Georgia school district still holds racially-segregated proms for its Wilcox County High School students. A group of students — two black, two white — have gotten together to try and end the policy from a bygone era. After the news made its way to the governor’s mansion, the state’s Republican Gov. Nathan Deal has refused to take sides in the discussion, claiming the students are a front group for the Democratic Party and are engaged in a ‘silly publicity stunt.’ The high school apparently holds separate proms, including a heavily-enforced whites-only one.” Read the full story here. 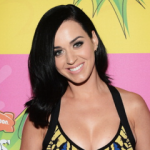 From Gossip Cop: Katy Perry has a lawsuit on her hands, Gossip Cop explains: “Katy Perry’s deal with a British hair care company is ending with a lawsuit. The pop star claims Jemella, the firm behind the “ghd” brand for which she appeared in a series of sexy ads (see pics here), owes her $2 million based on an oral agreement meant to extend a two-year $4.5 million contract that began in 2011. But the company claims there was no oral agreement, and says it opted not to renew Perry’s endorsement deal because market research had shown that her popularity had waned in Europe. Jemella filed suit against Perry to block her camp from making good on its threats to sue for the $2 million, according to TMZ.” Read the full statement from Perry’s rep here. 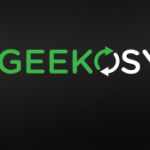 From Geekosystem: Geekosystem 2.0 has arrived! Writes editor Rollin Bishop writes, “Welcome, everyone, to the brand new Geekosystem. Well, brand new design, anyway. The editorial content you’ve come to know and love remains as irreverent as always. Since launching in January 2010, the site’s design and layout hasn’t undergone any major revisions. Odds and ends, sure, but never a complete and total overhaul like this one. Now that it’s happened, what exactly does it mean for you, the person on the other end of the series of tubes that is the Internet? For starters, we’ve reorganized the way we deliver our goods… We’ve also completely redesigned the way the site looks and acts.” Read on and check out the new design here. 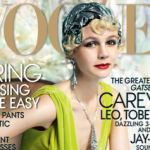 From Styleite: There are two big Gatsby themed magazine covers this month – which one wins? Writes Styleite, “The Great Gatsby is the stuff of dreams for fashion editors looking to the film for inspiration: visually stunning, replete with Prada duds and Tiffany & Co. jewels, and with a great looking cast to boot. So, naturally, the covers have started rolling in in anticipation of the May 10 release date. So far, two Vogue editions have taken their cues from Daisy Buchanan’s glamorous excesses for this month’s issues, with Vogue Australia casting Karlie Kloss and her era-appropriate bob, and the US version going, predictably, with Carey Mulligan, who will star as Daisy on the big screen. But which cover captures the essence of Gatsby best?” See both looks and decide here. 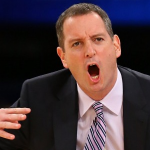 From SportsGrid: Mike Rice may be out at Rutgers, but he’s still coaching basketball. SportsGrid explains, “Video is released of Rutgers men’s basketball coach Mike Rice abusing players. Rice gets fired immediately. Controversy ensues as to who tried to cover up his actions. Rutger’s power players come under tremendous fire, some are asked to leave. The governor weighs in on it. SNL parodies it. Meanwhile, Mike Rice is coaching a 12-year old girls’ AAU team in New Jersey. In fact, he’s been coaching these girls all season long, according to basketball journalist Brian Geltzeiler. And he hasn’t learned a damn thing, either. Geltzeiler, who discussed this bizarre twist in an already bizarre story over social media sites, claims that one of his “moles” heard Rice shout at a 12-year old girl, ‘I can’t even look at you.'” Read on here. 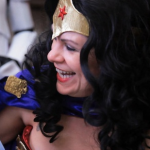 From The Mary Sue: Girl geeks may want to stick close to a TV tonight. The Mary Sue explains, “Wonder Women! The Untold Story of American Superheroines is a meditation on the history of the female hero in modern American culture told through the changing interpretation and representation of the character of Wonder Woman, and if that doesn’t already sucker you in to watching it, then maybe the fact that it’s being lauded from all corners, including the Geena Davis Institute on Gender in the Media, will. It’s an independent documentary film, so screenings in your area might have been thin on the ground. The good news is the movie has become part of PBS’ Indepedent Lens series, which runs a new independent film every Monday night. Wonder Women! airs tonight at 10 pm, though you probably want to check your local PBS listings.” Read more here. 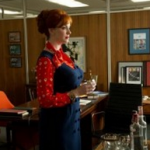 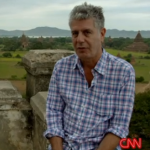 From The Braiser: Last night saw the premiere on Anthony Bourdain’s new show on CNN. The Braiser reviews: “With the arrival of Parts Unknown on CNN last night, we’d wondered whether Anthony Bourdain had recaptured that ol’ Bourdain TV magic. Sure, Parts Unknown is the television baby of an intelligent network with a prestigious (despite Wolf and Piers!) brand and Bourdain’s curiosity-driven anarchy gonzo journalism, but there was, as there always is, the chance for failure. Heck, he’d just come off a really prominent failure. But back in the real world, among people with compelling stories about being imprisoned by the Myanmar junta, playing rock ‘n’ roll, and willing to push salad (salad!) in his face, instead of…Greg…Bourdain looks like he’s thriving.” Read the full piece here.