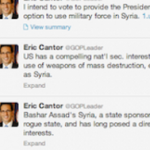 From Mediaite: As the country awaits a decision on military action in Syria, more politicians are voicing their support. Writes Mediaite, “President Barack Obama won an important victory Tuesday morning in the effort to persuade a skeptical Congress to pass his Syrian war resolution, as House Speaker John Boehner and House Majority Leader Eric Cantor announced their support for Obama’s deployment of the U.S. military in Syria. After a meeting with Obama Tuesday morning, Cantor spelled out his reasoning over several tweets… In a press conference on Saturday, Obama called for U.S. military intervention in response to the Syrian army’s use of chemical weapons, but sent authorization for such action to Congress, where lawmakers are divided as to the necessity and scope of the resolution. Boehner and Cantor are now tasked with bringing House Republicans to their and the president’s side.” See the tweets here. 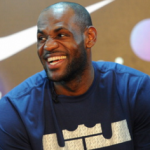 From Gossip Cop: Is LeBron making a sitcom? Gossip Cop answers, “LeBron James has conquered basketball — now he’ll try to win in the TV game, too. The NBA superstar is developing a half-hour sitcom called ‘Survivor’s Remorse’ with Starz. James will executive produce the new series along with actor Mike O’Malley, ‘Roseanne’ and ‘Cosby Show’ mastermind Tom Werner, and James’ longtime friend and business partner Maverick Carter. It will focus on two characters who make it big after growing up poor in North Philadelphia, and how they adjust to living lives far outside the norms of their home community. James tells the Associated Press, ‘I think the main thing for me is, first of all, making it out of a place where you’re not supposed to. You’re supposed to be a statistic and end up like the rest of the people in the inner city — [and] being one of the few to make it out and everyone looking at you to be the savior.’ The Miami Heat star grew up in tough circumstances in Akron, Ohio before becoming world-famous as a basketball phenom.” Read on here. 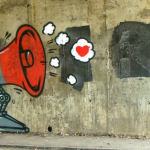 From Geekosystem: Another day, another hack. Geekosystem reports on the latest, and this one doesn’t involve Syria: “Apparently a public arts project in Enschede, Netherlands, been hacked so that instead of playing natural bird sounds as intended, it emits very creepy sex-moaning noises out of loudspeakers placed around a large part of town. This video of the supposed prank surfaced on Reddit this morning. Already people are claiming the video has been faked because of course they are (NSFW unless you put in headphones, by the way)… The art installation featured in the video, however, is definitely real — called ‘Acoustical Journey,’ it was put in place by an American artist named Bill Fontana as part of a citywide art project, Cultuurmijl, in 2009.” See that video here. 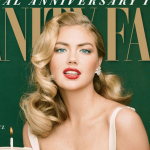 From Styleite: Kate Upton is turning heads again. Reports Styleite, “Kate Upton’s Catdaddy recital for Terry Richardson may have been one for the skin-baring books, but it still doesn’t hold a candle to the scandal that was Marilyn Monroe’s breathy “Happy birthday Mr President” for JFK. Still, we can’t help but be impressed by how well the 2013 Model of the Yearwas able to channel the inimitable Hollywood icon for Vanity Fair’s 100th birthday (despite going dark from the ’40s through the ’70s) cover, shot by Annie Leibovitz. Her bright blonde pin curls, bright blue eyes, red rouge, and champagne-colored playsuit would have been just enough for Joe Dimaggio to do a double take back in the day.” Read the story and see the cover here. 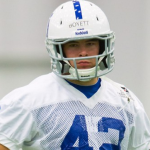 From SportsGrid: Another football player is in trouble. Writes SportsGrid, “John Boyett, a sixth-round pick for the Colts out of Oregon, was arrested early Monday morning for disorderly conduct, public intoxication and resisting law enforcement. The full list of things he did to piss off everybody and get arrested is staggering, and includes the famous refrain that athletes like to use: ‘You can’t arrest me, I play sports for a local sports team that you like!’ Boyett was already on the non-football injury list when he tried to avoid getting arrested outside of Tiki Bob’s bar at 2:45 a.m. local time. The bar turned him away for being too drunk, so he began ‘cussing’ at patrons of the bar and people on the sidewalk. Then the police showed up.” See what ensued here. 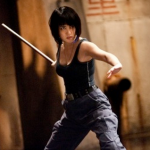 From The Mary Sue: Summer 2013 is over. Today, The Mary Sue wraps up its best films: “This summer was a weird one. It felt, in a way, like were were still coming down from the high of The Avengers, the movie that ruled our hearts, minds, and wallets just a single summer ago. On hand to catch us as we fell were some good movies, some bad movies, some movies that we weren’t angry at, just disappointed, and one shining example of Oh please God, no, why did this movie happen?! We’re taking a fond (or, in some cases, not-so-fond) look back at the summer of 2013′s giant monsters, giant robots, giant stuffed rabbits, and the giant pile of wrongness that was a whole lot o’ whitewashing. Whew!” Read their opinions here.

From The Jane Dough: There’s a new movie that’s exciting The Jane Dough. Writes editor Colette McIntyre, “America, there are a lot of things that I have let slide out of the goodness of my heart and my commitment to this relationship — the 2004 election, the creation of three different Doritos tacos, Michael Bay’s unflagging popularity, the fact that we haven’t run Chris Brown out of the country yet. What I will never forgive you for is not realizing that Happy Endings was one of the most exquisite shows on television and just letting it get cancelled while Two and A Half Men continues to be a thing even though one and a half of the men went bonkers and left the show. I was this close to leading some sort of uprising when I came across the trailer for Casey Wilson’s, i.e. Penny fromHappy Endings, new film. The film looks so delightful that my arsenal of makeshift weapons has been returned to my upstate storage locker…for now.” See the trailer here. 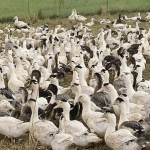 From The Braiser: Another decision in the war on foie gras, reports The Braiser: “Dear California ducks: your livers will remain safe from being harvested for foie gras (or, as we like to call them, meat balloons), thanks to a federal ruling handed down today affirming that the controversial ban on foie farming is totally cool with the Constitution. A three-judge panel on the 9th Circuit Court of Appeals rejected an attempt to overturn the law from a coalition of duck farmers, all based outside the state of California, which claimed that the foie ban was a restriction on interstate commerce and was thus unconstitutional. The law itself prevents the sale of duck livers unnaturally enlarged via force-feeding in California on the grounds that the practice is cruel and inhumane, while the farmers were all, ‘Oh, come on, they’re just meat balloons.'” Read more about it here.