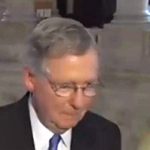 From Mediaite: What’s the GOP’s next move? We have better insight now, thanks to a hot mic reports Mediaite: “Kentucky Senators Rand Paul and Mitch McConnell were caught on a hot mic in the Capitol Wednesday evening pitching a strategy to pivot to a more compromising tone in hopes of forcing Democratic lawmakers to negotiate an end the government shutdown. ‘I just did CNN and I just go over and over again ‘We’re willing to compromise, we’re willing to negotiate,’’ Paul said, having just concluded an interview with Erin Burnett. ‘I don’t think they [Democrats] poll tested, ‘We won’t negotiate.’ I think it’s awful for them to say that over and over again.'” Read on for more here. 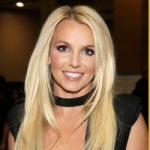 From Gossip Cop: Is Britney Spears done with being a sex symbol? Writes Gossip Cop, “Britney Spears called into Boston’s ‘The TJ Show’ on Thursday to discuss her racy new video for ‘Work B*tch,’ and the singer revealed she’s under pressure to use sex to sell her music. The pop star said, ‘Oh my god, we showed way more skin and did way more stuff for the video than what is actually there.’ She told the radio hosts, ‘Like, I cut out half the video because I am a mother and because, you know, I have children, and it’s just hard to play sexy mom while you’re being a pop star as well.’Spears admitted, ‘A lot of sex goes into what I do,’ but added, ‘Sometimes I would like to bring it back to the old days when there was like one outfit through the whole video, and you’re dancing the whole video, and there’s like not that much sex stuff going on.'” Read the story here. 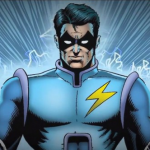 From Geekosystem: What is the small, Scottish Indie film taking the Internet by storm? Geekosystem answers, “What if Dante and Randal from Clerks were Scottish, ran a comic book shop, and were involved in a caper? Well then you’d have Electric Man, and that’s actually something you’re probably going to want to get your hands on. It’s available on DVD now. Electric Man tells the story of Jazz and Wolf, two twenty-somethings who run a small comic book store in Edinburgh, Scotland called Deadhead Comics. They’re about to lose the shop if they can’t pay for some repairs that need to be done, and things aren’t looking great. The pair head to a local comic convention to try to sell off their back issues. They don’t do well in terms of sales, but through a series of mishaps they find themselves in possession of Electric Man #1estimated to be worth £100,000.” Read on here. 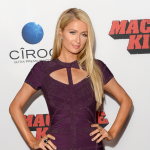 From Styleite: Is Paris Hilton classing up her act? Styleite reports, “With all the appearances she made at fashion week you’d better hope Paris Hilton picked up some style inspo. And this Hervé Léger bandage dress — Paris, you have a color — does not disappoint. Sure this dress is second skin-tight, glittery and features chest region cut-outs, but with sleek hair and classic black pumps the whole look is decidedly elegant. Our only qualm is that it’s slightly obscured by the faint outline of neon glow sticks and a diamonté-encrusted swimsuit that are permanently burnt onto our retinas. Look while you can, because the new Cash Money Records signee was probably given a severe talking to by Lil Wayne immediately after wearing this.” See photos of her new look here. 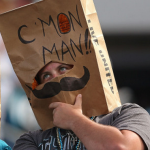 From SportsGrid: Will this be the biggest football mismatch of the NFL season? Writes SportsGrid, “Are the Jacksonville Jaguars the worst team in the history of the sport? Outscored 129-31. Outscored 65-5 AT HOME… Quarterbacks’ names: Blaine and Chad. Averaging 49 yards a game on the ground with a (former) All-Pro running back. Led once this entire season (fittingly, by a score of 2-0). Now the darling of Survivor/Elimination pools everywhere, the Jags are also a lock to be double-digit underdogs for the rest of the season, with the only slight exception (maybe) coming when the Cardinals and Bills come to North Florida later in the season. But THE game making the rounds already on social media comes in Week 6, when the most putrid, confused, insulting uniforms in the league travel to Denver to take on Peyton Manning and the Broncos. Remember that stat of the Jags being outscored by 98 points in four weeks? Denver has done almost the opposite, outscoring their opponents (Ravens, Giants, Raiders, Eagles) by 78. So what happens when these two teams are put on the same field?” Read on here. 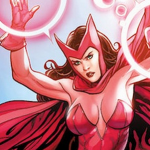 From The Mary Sue:You have a Scarlet Witch. Writes The Mary Sue, “Last we heard from the Scarlet Witch casting camp things were not 100% no take backsies certain that Elizabeth Olsen was in the role, but now there’s official confirmation. At least, unless somebody’s been misinforming Samuel L. Jackson, and I think we all know how unlikely that eventuality is. In August, Elizabeth Olsen‘s people were in final negotiations for her to take the role of the mutant Scarlet Witch, representing the first appearance of a character associated in any way with the X-Men in the Marvel Cinematic Universe. “Final negotiations” is basically Hollywood talk for “definitely going to take the role,” but if anyone was looking for more confirmation than that, they’ve got it. amuel L. Jackson spoke to the Wall Street Journal about his recent post-credits cameo onAgents of SHIELD, and slipped in a mention of the actress.” Read more here. 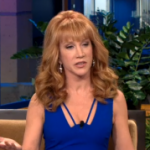 From The Jane Dough: What’s funny lady Kathy Griffin been up to recently? The Jane Dough answers, “Kathy Griffin stopped by The Tonight Show last night and did what a Kathy Griffin does: took the raunch up a notch, showed the world her underwear (this time in a photo with the Miami Sound Machine herself, Gloria Estefan), made host Jay Leno incredibly uncomfortable, and benevolently graced us with an impression of her mom. In short, it was pretty great. While we’re so over talking about Miley that we’re actually back at the foot of Mount Twerkimanjaro, we’d give up five boxes of Franzia to hear more of Mary Griffin’s thoughts on ‘Molly Cyrus.'” Read on and watch the video here. 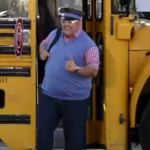 From The Braiser: ….Connecticut? Really? Asks The Braiser, “Remember back in September 2012, when Graham Elliot’s two-Michelin-starred, eponymous Chicago restaurant experienced a walkout, leaving just Graham and corporate executive chef Merlin Verrier to run the kitchen till he hired replacements? Merlin’s hour has come at last. In a somewhat odd move for the Chicago-based Graham, known for being a rock-nerd, and judging MasterChef, he’s opening his next venture in Rich WASP-ville, CT, also known as Greenwich, and placing Merlin at the helm as executive chef. The new spot will be called Primary Food & Drink, inspired by the Webster’s Dictionary definition of “primary” (we’re not joking): ‘first or highest in rank, quality or importance.'” Read more here.