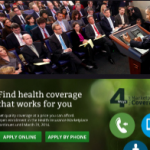 From Mediaite: Has the media unfairly covered Obamacare? Mediaite is introducing a new feature: Regular debates about media/politics between several of the writers. Reports Mediaite, “The inaugural edition below seeks to explore the question of whether media have acted fairly or unfairly in heavily focusing on the Obamacare website’s failings. Some have accused the media of sensationalizing the story by focusing on website glitches and rollout issues; others have said the bungled rollout is not just a minor point, but rather an indication of how poorly the Affordable Care Act will be implemented in general.” Read the debate between Noah Rothman (who has written extensively about the website’s failings) and Evan McMurry (who has written in defense of Obamacare) here. 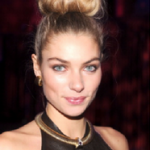 From Gossip Cop: Taylor Swift was dissed by Victoria Secret model, Jessica Hart. Reports Gossip Cop, “One Angel was less than impressed with Taylor Swift’s appearance at the Victoria’s Secret Fashion Show.Jessica Hart, one of the models, dissed the singer at an after-party for the annual celebration of flesh and fashion. Asked by WWD if Swift could pull it off as a Victoria’s Secret model, Hart replied, “No.” She continued, “I think, you know what, god bless her heart. I think she’s great. But, I don’t know, to me, she didn’t fit. I don’t know if I should say that.”” Read the full article here. 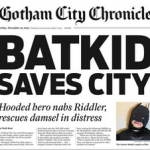 From Geekosystem: Batkid saves the city of San Francisco today! Reports Geekosystem, “San Francisco is gearing up for Batkid today as Make-A-Wish transforms the city into Gotham City for 5-year-old Miles to save the day. Twitter is already exploding with pictures and fans cheering for Miles, and the event hasn’t even started. Expect to see a lot of heart-melting child heroics later in the day. Miles is a leukemia patient whose wish was to be his hero, Batman. Make-A-Wish and San Francisco are turning that into a reality for him today as he saves damsels in distress and stops the Riddler and Penguin with the help of an adult Batman and their very own Batmobile.” Watch live coverage and read more about Batkid here. 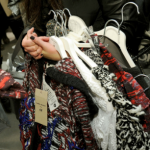 From Styleite: What’s a fashion flipper and how is it screwing us over? Reports Styleite, “You already know what a fashion flipper is, you just didn’t know there was a proper name for it. But for the sake of clarity, fashion flipping is, “the ability to flip products and charge double for them.” This, according to a self-professed flipper, in an anonymous tell-all interview with Refinery 29. What do we know about this cloaked shopper prying limited-edition pieces from our cold, dead hands? First and foremost, she’s in PR, which helped give her the savvy to get into the reselling game initially.“I actually got started doing this because I used to work in PR in retail, so I used to buy things at wholesale price and, if they didn’t fit, resell them, she told R29.  “So, I had an eBay store, and I developed a following, so I just continued with that. [My coworkers] know that I sell things, and they think it’s like, a funny quirk.” In addition to having the patience to brave the masses gunning for the wallet-friendly goods, she has developed a certain set of skills in identifying what will be the most sought-after items.” Read the full story here. 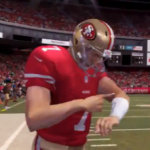 From SportsGrid: IGN reviewed Madden 25 on Xbox One and PS4 and the verdict will surprise you. Reports SportsGrid, “The next gen Playstation was made available to consumers. Promising to bring a full 1080p experience to gaming, this $399 piece of equipment hit stores with high hopes…hopes that every part of the gaming experience would be dramatically improved beyond our wildest dreams. Hopes that were squashed like Richie Icognito’s dream of one day being an inner city guidance counselor. It’s looking like Madden 25 is an overall downgrade on the new device. Ya, we were surprised, too.” Read more and watch the full review here. 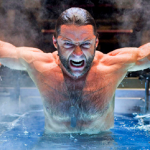 From The Mary Sue: Hugh Jackman talks about the potential Wolverine sequel that might be in the works. Reports The Mary Sue, “I’m on the “don’t want it” side. The Wolverine was OK. Not great, but entertaining, and sometimes that’s enough to justify a sequel. But not when there are characters who haven’t been overexposed by inclusion in six movies (seven, counting Days of Future Past). Is the general movie-going populace clamoring for a movie about Kitty Pryde, Jubilee, Gambit, etc? No. But no one was waiting with bated breath for Logan’s Japanese Adventures, either. It’s time to let it go, Fox. Hugh Jackman is, needless to say, more enthusiastic about the potential movie than I am. To recap, The Wolverine director James Mangold is reportedly in negotiations to write a treatment for a new film, but neither he nor Jackman have officially signed on. The X-actor negotiates his X-contracts on a film-by-film basis, and he was careful to point out to Entertainment Weekly that he won’t be signing on the dotted line for a Wolverine sequel unless the story looks good.” Read what Jackman said here. 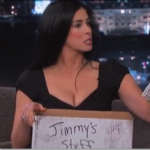 From The Jane Dough: Sarah Silverman returns ex-boyfriend, Jimmy Kimmel’s things during an interview. Reports The Jane Dough, “Running into an ex is hard, particularly when said ex has the audacity to still be alive and breathing and capable of loving (as made clear by the girlfriend they are sporting on their arm), none of which should be the case since they are no longer with you. Personally I limit my interactions with my exes to the one time a year I visit their graves — I’m really pretty when I cry — but I understand that this can’t be the case for everyone. When it comes to socializing with an ex, there are only two rules: 1. instead of your quotidian gorgeousness, make sure you’re drop-dead gorgeous, and 2. be so effortlessly witty and smart and flippant that your ex lies prostrate at your feet while you laugh joyfully from a throne (metaphorical or otherwise). If you’re more of a visual learner, watch Sarah Silverman’s appearance on last night’s Jimmy Kimmel Live.” Read more and watch the clip here. 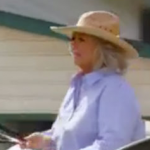 From The Braiser: Paula Deen is trying to open a post-scandal store with replica of her kitchen. Reports The Braiser, “Barely six months after the racism scandal that leveled her career, Paula Deen is attempting to rebuild her once-mighty empire by opening a Deen-branded store in the quiet, white-friendly town of Clarence, NY. And you thought Deen would slink off into the night, maybe take a year or so to regroup and reflect on how racist she was back in May. Hah, what? Paula Deen and introspection? What a concept. The Paula Deen Store, opened in conjunction with the Clarence-based Nanco Foods, will open on February 8th and feature a showroom with a replica of Paula Deen’s home kitchen, as well as her line of prepared foods.” Read the full story here.