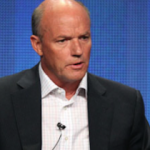 From Mediaite:  When looking at news ratings, it is apparent that Fox and CNN sweep ratings during breaking news segments, while MSNBC struggles to keep viewers.  MSNBC Chief describes that the network doesn’t focus on the same type of coverage as its competitors.  Mediaite reports, MSNBC Chief “explained, MSNBC’s bread and butter is progressive political talk and analysis. While this may be true, the stable of NBC News correspondents who work so hard to break news on MSNBC, and often do it very well, can’t be happy that Griffin appears to be diminishing or even throwing in the towel on their important work and coverage.”  Read more here. 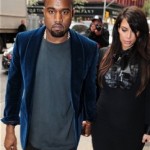 From Gossip Cop: As if Kim and Kanye’s relationship couldn’t get anymore attention.  RadarOnline controversially reports that West arrived late and unhappy to Kim’s baby shower.  Gossip Cop comes to Kanye’s defense, “West was not ‘late’ to the soiree.  It’s traditional for the man to arrive at the end of such functions, and Khloe Kardashian even said beforehand that West would come at the end of the shower because he didn’t want to be the only guy there.  And just because the rapper doesn’t go around beaming like Tom Cruise doesn’t mean he’s miserable. A straight face is just West’s demeanor — everyone knows that.  It’s unfair that RadarOnline continues to try to stir drama in what are truly happy events for the Kardashian family.”  Read on here. 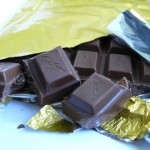 From Geekosystem:  Better chocolate has just been broken down to a science.  Geekosystem explains, “Juan C Motamayor from Mars Incorporated has worked with other colleagues in the field of chocolate breeding (which sounds like an awesome job except you have to know a whole bunch about genetics and you don’t actually get to eat as much chocolate as humanly possible) to sequence the genome of the most popular variety of Theobroma cacao L., namely the green podded Costa Rican Matina. These scientists believe that by highlighting the gene involved in color variation, they might be able to find some way to cross-modify the Matina, which has an extremely high yield, with another variety that is better tasting but that has a lower yield.”  Read on here. 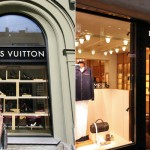 From Styleite:  Will LVMH have to pay $13 million to Hermès after its attempt to aquire a significant stake in their rival company?  Writes Styleite: “WWD reports that France’s stock market watchdog, the Autorité des Marchés Financiers, recommended the hefty fine — $12.99 million at current exchange — during a hearing on Friday. Representatives from LVMH staunchly defended themselves against accusations that they began covertly obtaining shares of Hermès as far back as 2001, and no later than June 21, 2010, despite not officially announcing the sizable stake they had amassed until October 21, 2010. Furthermore, vice president Pierre Godé objected to the idea that they might ever have planned a hostile takeover, pointing out that, ‘Hermès is a company that is particularly well protected [due to its shareholder structure]. We could have no hope of exercising any influence….It would be crazy to attempt a takeover bid on Hermès.'” Read on here. 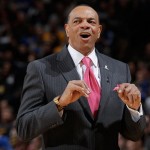 From SportsGrid: Is Lionel Hollins on the outs with the Grizzlies?  SportsGrid reports: “Lionel Hollins will more than likely not return as the Memphis Grizzlies head coach after negotiations for a contract extension soured over the weekend. On Sunday, the Grizzlies gave Hollins permission to speak with other teams about coaching vacancies. One source describes the conflict between the two parties as ‘philosophical differences.’  These differences have primarily been between Hollins and former ESPN writer and current Grizzlies VP of Basketball Operations John Hollinger. Hollinger has brought in the ‘new school’ advanced metrics culture to the Memphis front office that has clashed with Hollins’ ‘old school’ coaching style.”  Read on here. 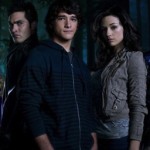 From The Mary Sue:  MTV’s Teen Wolf premieres its third season tonight.  The Mary Sue lists its highly anticipated plot lines for this season.  The Mary Sue’s Rebecca Pahle describes her anticipation for “Allison stepping away from her boyfriend and her family to decide who she really wants to be. Will that be a kick-ass, dangerous hunter more than willing to shoot down any monsters that cross her path? Or a normal teenager who avoids the whole violence thing in favor of a more conventional life? Or something in between? Whatever she goes with, I want it to be her choice.”  See the full list here. 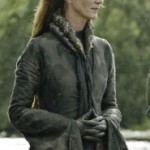 From The Jane Dough:  Which Game of Thrones actress wins in a feminist competition? The site’s Colette McIntyre answers, “HBO’s Game of Thrones has something for everybody — zombies, dragons, manipulation, sex, wolves, Peter Dinklage, violence, politics, homoerotic subtext, songs by super hip indie bands, more sex — but what we love most are Westeros’ badass women: the dames of thrones fight, plot, snark, strive, and are as multifaceted and intriguing as their male counterparts. Each week, The Jane Dough will rank the GoT ladies according to how hard they ruled in last night’s episode. Start your Mondays feeling like the commander of dragons, rather than the bleary-eyed version of yourself you usually bring to work at the beginning of the week.”  Read this week’s rankings here. 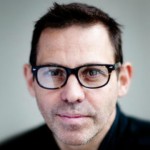 From The Braiser:  In an interview with Mariella Mosthof, John Tesar speaks of his relationship with Bourdain.  Mosthof describes, “Tesar didn’t hesitate to shoe-horn into a Top Chef confessional during one episode that he was a character in Anthony Bourdain’s Kitchen Confidential, politely pseudonym-ed Jimmy Sears. A decade later, presumably after all pretensions had worn off, Bourdain used John’s real name to write of him in Medium Raw.  Pulling back the curtain on Tesar’s past with Bourdain from his perspective led to a heart-pangingly earnest discussion of celebrity, legacy, his therapist, Dallas restaurant critic Leslie Brenner’s daddy issues, Rocco DiSpirito’s imploding career, and that elusive Mrs. Bourdain The First whom nobody ever seems to talk about.”  Read the whole story here.