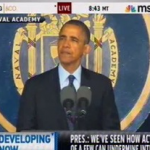 From Mediaite: President Barack Obama gave a speech before the U.S. Naval Academy’s graduating class of 2013. What did he have to say? Mediaite reports, he “touched on themes relating to the ongoing scandals surrounding the Internal Revenue Service’s targeting of conservative groups and the Department of Justice’s sweeping subpoenas of reporters’ communications records. Obama praised the spirit of public service that guides America’s civil servants but also chastised the ‘actions of a few’ which can ‘further erode the peoples’ trust in their government.’ ‘It’s no secret that many Americans have lost confidence in many of the institutions that have helped shape our society and our democracy,’ Obama began. ‘But I’m here to stress to you that institutions do not fail in a vacuum. Institutions are made up of people.'” Read on here. 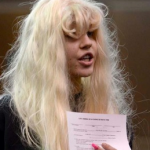 From Gossip Cop: Amanda Bynes’ downward spiral continues. Gossip Cop writes on the latest, “Amanda Bynes appeared in court on Friday following a wild night that saw her get arrested on charges included marijuana possessionafter allegedly throwing a bong from her apartment window when police arrived. The troubled actress arrived for her arraignment wearing the same platinum blonde wig she donned in video from her bust, although in her mug shot booking photo, Bynes posed with a short hair cut and scowl. At Friday’s appearance in New York criminal court, Bynes reportedly told the judge that the bong was ‘just a vase.’ She was given a July 9 court date and released on her own recognizance.  Bynes has been charged with unlawful possession of marijuana, reckless endangerment in the second degree, and attempted tampering with physical evidence.” Read the full story and see her mugshot here. 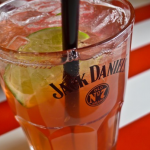 From Geekosystem: Maybe stay away from some NJ bars for a while. Geekosystem explains, “When you’re out drinking with some friends, it can pay to stick to well liquor. Why? Because it’s a fairly common practice for unscrupulous bar owners to fill bottles of expensive, top shelf booze with the cheap stuff to raise their profit margins. As if that practice isn’t unpleasant enough, 29 New Jersey bars and restaurants — almost half of them T.G.I Friday’s locations — just got busted for filling bottles of pricey booze with cheaper alternatives including dirty water and rubbing alcohol. This leaves us with just one question — who the hell is going to T.G.I. Friday’s and ordering 12-year-old Oban, anyway? Acting on complaints from patrons, undercover agents from New Jersey’s Division of Alcoholic Beverage Control sampled drinks from more than 150 establishments in the state, finding that 29 were misrepresenting the drinks they were pouring.” Read more here. 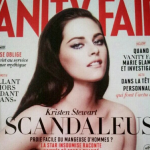 From Styleite: Today, Styleite reports that despite a Kristen-Stewart-graced cover, the first issue of Vanity Fair France disappoints. Writes the site: “When we heard that one of our all-time favorite magazines was launching in one of our all-time favorite countries, suffice it to say we were expecting something big. Sure, we may not be quite fluent in the language, and trudging through the longform pieces may have promised something of a challenge, but with Carine Roitfeld’s one-time rumored successor Virginie Mouzat in charge of fashion coverage, we figured we’d be in for some top notch content. Unfortunately, the debut cover starring Kristen Stewart isn’t much to write home about. That’s because it’s a repeat from the July 2012 issue of Vanity Fair US. Comment dit-on ‘anti-climactic’ en français?” See the cover and decide for yourself here. 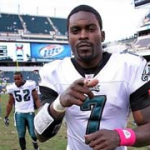 From SportsGrid: Michael Vick has been given a key to Atlantic City. SportsGrid reports, “The last time they tried to give a key to the city to Michael Vick was in Dallas, in 2011, and that didn’t go so well. A city councilman came up with the idea, unbeknownst to the mayor. A protester showed up, and tried to show Vick a picture of one of the abused dogs. One of Vick’s bodyguards unleashed an F-bomb at the protester. Later, another member of the Dallas City Council sent an edible key to the city to one of Vick’s dog victims. So yeah, that went well. But even though Vick is still getting death threats, another city official has given him a ceremonial key. Philly Mag: ‘Atlantic City Mayor Lorenzo Langford is presenting Michael Vick with a key to the city Thursday afternoon for his support in the wake of Hurricane Sandy.'” Read on here. 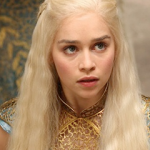 From The Mary Sue: Will a Game of Thrones cast member soon take her talents to Shakespeare? The Mary Sue answers, “The movie in question is Rosaline, and it will start neither Romeo nor Juliet but… wait for it… Rosaline, the woman Romeo was all gaga over before he fell for Juliet. The character, who never actually appears in the play, makes Romeo all sad in the first act because she has ‘forsworn to love.’ …Then again, the movie is an adaptation of Rebecca Serle‘s When You Were Mine, which from the official description sounds rather romance novel-y. Sigh.. Game of Thrones‘ Emilia Clarke is rumored to be in line for Juliet, while the lead role might be played by Girls‘ Allison Williams who, you  might remember, has also been rumored for Fox’sFantastic Four reboot. Dave Franco (the delightfully douchey Eric in 21 Jump Street, brother of James) is reportedly in talks to play Romeo.” Read all about it here. 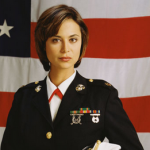 From The Jane Dough: In honor of Memorial Day Weekend, The Jane Dough is honoring seven bada$$ military women from film and television. Writes the site, “2013 has been a big year for women in the military: in January, Secretary of Defense Leon Panetta lifted the 1994 rule that barred female soldiers from front-line positions. In one fell swoop, the military enacted the largest expansion of women in ground combat roles to date. This Memorial Day weekend, be sure to set aside some time to specifically celebrate the courage and valor of our female veterans, women who bravely fought against enemy combatants and more ephemeral enemies like sexism and discrimination within their own ranks. In order to get you in the fighting spirit, we’ve rounded up seven of our favorite fictional military women. These women don’t sit around and wait to be saved.” See their list here. 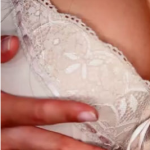 From The Braiser: Eric Greenspan says doughnuts are like fake breasts. The Braiser explains. Writes the site’s Mariella Mosthof, “We are firmly anti-objectification of women, but we’re pretty pro-sexualization of food. Food is sexy. So we sort of wish Eric Greenspan had quit while he was ahead in his most recent installment of The Melt Master, because his gruyere-custard-filled, gruyere-glazed, caramelized-onion-and-crispy-ground-beef-topped caraway rye doughnut was naughty enough to stand on its own. He didn’t need to add insult to decadence by proclaiming of doughnuts: ‘Like a good implant, there’s nothing natural going on, but you still can’t help but wanna put it in your mouth.’ Greenspannn, we want to like you so badly because we respect your formidable sass game, but you make it so hard for us as women!” Read the whole story here.