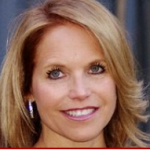 From Mediaite: Katie Couric is going to be joining forces with Yahoo to become their new Global Anchor. Reports Mediaite, “Today Yahoo CEO Marissa Mayer officially confirmed that Katie Couric will be joining the site as their new Global Anchor, and Couric opened up in an interview Sunday night with Capital New York’s Alex Weprin, talking about her surprising shift from TV to the internet, calling it a unique “opportunity to continue experimenting and trying new things in an online format.” The Couric brand automatically gives Yahoo’s news division a significant bump, and in the interview Couric sounds nothing but excited about the potential they have to build it into something spectacular. ‘We are trying to be very open-minded,’ Couric said. ‘What I really am excited about in working with the team at Yahoo is that there are no rules right now, we are going to try things, we are going to see how they go, we are going to see what people are interested in, we can do everything from a town hall meeting to in-depth interviews to a breaking news story.’ ” Read the full story here. 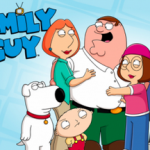 From Gossip Cop: The ever popular show Family Guy has killed off a main character and the internet world showed that it is not pleased with this decision. Reports Gossip Cop, ” Family Guy killed off dog, Brian Griffin, on Sunday’s episode, and the Internet does NOT like the decision. The animated pooch was hit and killed by a car, leading to a rare display of emotion by the show’s other characters — and intense backlash online. Twitter users voiced their displeasure with the death of Brian, who is voiced by series creator Seth MacFarlane and has been a core character since “Family Guy” debuted in 1999. Multiple “Brian”-related trending topics popped up late Sunday and early Monday, with the majority of people expressing outrage or disappointment with the major plot development.” Read the full story and voice your own opinion here. 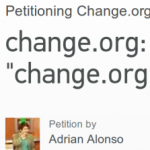 From Geekosystem: Change.org petitioning to end itself? That’s right, reports Geekosystem, “Change.org is a website where anyone can start a petition to ask anyone for anything. It’s non-binding, but gives people a voice to express their desire for something. Some people, like Adrian Alonso, are sick of hearing that voice. That’s why he’s petitioning Change.org to end itself. Why exactly does Alonso want to see Change.org end? Here are his own words on the petition’s site: ‘Some of us are offended by your reckless enabling of control freaks to start social justice lynch mobs whenever they see something that even remotely bothers them. It’s wrong. It’s disgusting. You should be ashamed of yourself. Extremely valid statistics show that 479 trillion Americans are afflicted by the disease of believing that just because a large number of people with Internet access tell an entity to do something, it is that entity’s democratic obligation to comply. Well, guess what: They’re right. So by the power vested in me by my awful parents, I hereby demand, in the name of the self-righteous masses of America, that you delete your website “change.org” from the World Wide Web. Forever.’ Read the full story here. 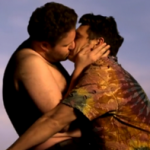 From Styleite: James Franco and Seth Rogen made a hilarious  parody of Kanye West’s video for his song ‘Bound 2’. Reports Styleite, “If we be could anything at this very moment, it would be a fly on Kanye West’s dressing room wall. Just days after he unveiled his paradigm-shifting music video for “Bound 2,” starring he and fiance Kim Kardashian, James Franco and Seth Rogen have made jest of the art piece with “Bound 3″. We’re sitting tight hoping the short will open the floodgates for another Yeezus Twitter tirade (#NoDisrespectToBenAffleck). Now, we can’t pretend that we didn’t like the original, it was the brainchild of fashion visionary Nick Knight (he shot the couple for L’Officiel Hommes in March) after all, and what kind of editors would we be if we didn’t try to see the genius in it (at least as far as our mortal brain capacity would allow)? However, after watching Franco and Rogen get amorous in front of the green screen utopia that had formerly housed Kimye and one quivering motorcycle, we’ve decided Ye’s latest offering was just begging to be spoofed. We thank Franco and Rogen for bringing us to our senses — and looking fantastic while doing so.” Read the full article and watch the spoof here. 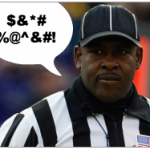 From SportsGrid: An NFL referee gets suspended for calling a player  “bad name”. Reports SportsGrid, “Roy Ellison has been suspended for one game without pay for engaging in a confrontation with Washington offensive lineman and well-documented angry dude, Trent Williams. Joey Crawford would be proud. Unfortunately, the circumstances aren’t confined to tongue-in-cheek “yo momma” banter. Ellison claims that Williams was using racially derogatory terms, which prompted the official to let some choice, appropriate expletives fly in response. The controversy? The NFL doesn’t seem to care what prompted the confrontation. Rules are rules, and refs have no recourse. The thing is, regardless of what Williams said to him in the first place, NFL officials are not supposed to engage players in any sort of argument whatsoever. They’re just peace keepers. (Duh.) The league released this statement, explaining their policy, in order to clarify what superficially seems like a totally justified reaction by an ump who obviously takes a lot of guff at work.” Read the full article and the NFL’s statement here. 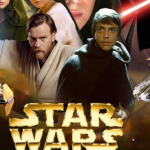 From The Mary Sue: Star Wars VII is casting! Reports The Mary Sue, “J.J. Abrams likes his secrets, so it’s no wonder the only definitive thing we know about the next Star Wars film is R2-D2 will be in it. But the casting rumors, oh, they persist. Though most recently, some rough character types were teased rather than actor names. The Hollywood Reporter details the casting notes: ‘Director J.J. Abrams and producer Kathleen Kennedy are casting the net far and wide, meeting actors in the U.S., the U.K. and Australia. The duo is looking in particular for a tough-cookie girl in the 17- to 18-year-old range and a charismatic, funny guy from 19 to 23. “We don’t want to leave any stone unturned,” U.K. casting agent Kate Bone told the BBC. With the movie now being rewritten by Abrams and Lawrence Kasdan, sources say producers also are looking to fill a new role: a 40-something military man a la Matt Damon in Elysium.’ “We don’t want to leave any stone unturned,” leads me to think it’s possible the film could be populated with brand-new faces rather than established stars.” Read the full story here. 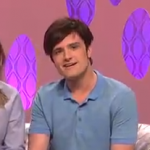 From The Jane Dough: Josh Hutcherson hosted SNL this past Saturday and one skit, with SNL cast member, Aidy Bryant left viewers laughing hysterically. Reports The Jane Dough, “Aidy Bryant is quickly becoming my favorite SNL cast member. There is something utterly compelling about the performer. It seems like she can power her way through any clunky sketch: she has a vibrant energy that she uses to infuse her characters with life and dimension, whether she is the star of the scene or apart of the ensemble. Bryant is just so enjoyable to watch. If it sounds like I’m gushing — I am. I just can’t help myself: I read Judy Garland’s Wikipedia page on the subway this morning and just got off the phone with my mother. I’m feeling a lot right now. I’m weak and vulnerable. like Voldemort before rebirth except in way cuter swaddling clothes. While I loved her appearance as Worst Lady On An Airplane during this week’s Weekend Update (She made me infinitely happy that I’m taking the N train to my Thanksgiving dinner — which says a lot because that train is a shuttle to Hell’s ), Bryant really shone in the latest iteration of “Girlfriends Talk Show”. Watching Bryant’s socially awkward Morgan fawn over Trevor Masterson (played by host Josh Hutcherson), “the most popular boy in school,” really hits home.” Read the full article and watch the clip here. 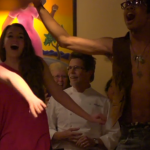 From The Braiser: Chef Rick Bayless got serenaded with a flash mob for his 60th birthday. Reports The Braiser, “This weekend, Chicago chef Rick Bayless turned 60 (which legitimately shocked us, because, really? 60? He does not look 60, what kind of Aztec shaman ingredients does he eat to look that young? Please tell us). To celebrate, a flash mob took over Frontera Grill in one of the cooler birthday celebrations we’ve seen so far: a well-executed medley of Age of Aquarius, the Nina Simone classic Ain’t Got No/I Got Life, and Let The Sunshine In. (Is Bayless a fan of the musical Hair? Because boy can he belt.) The flash mob was filmed by Scott Dummler, Bayless’s director onMexico: One Plate at a Time, and Bayless had no idea this was coming.” Read the full article and watch the flash mob here.