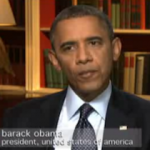 From Mediaite:  Obama defends the NSA, saying that Americans are not getting the full story.  Reports Mediaite, “In an 45-minute interview that aired Monday night, President Obama spoke with Charlie Rose about several timely issues including the NSA and Syria. The president defended his administration’s approach to surveillance, not taking much liking to the Dick Cheney comparisons — and said the public’s uneasiness could be attributed to them ‘not getting the complete story.’  The debate (which of course he welcomes) has gotten ‘cloudy,’ Obama said, seeking to reassure Americans that the programs are transparent.  ‘What I’ve asked the intelligence community to do is see how much of this we can declassify without further compromising the program. … Because frankly, if people are making judgments just based on these slides that have been leaked, they’re not getting the complete story,’ he argued.”  Read on here. 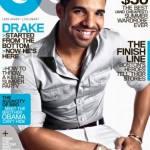 From Gossip Cop:  Drake gives his opinions on his feud with Chris Brown over Rihanna.  Gossip Cop reports, “The rapper tells the magazine, ‘I don’t want my name to be synonymous with that guy’s name. I really don’t. I wish we could sit down, just like you and me are right now, and talk it out man-to-man. But that’s not going to happen.’  As for the pair’s nightclub brawl in New York last summer, Drake shares, ‘I’m not confrontational, but if someone challenges, I’m not going to back down.’  The ‘Started From the Bottom’ singer confesses, ‘It’s embarrassing, the amount of media coverage. Two rappers fighting over the woman.’ ‘He’s not even a rapper, but still, it’s the last way you want your name out there,’ Drake says, adding, ‘It distracts from the music. But he’s made me the enemy, and that’s the way it’s gonna stay, I guess.'” Read on here. 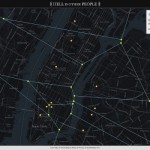 From Geekosystem:  First, there were apps to stay connected with your friends, now there are apps so that you can avoid them.  Geekosystem explains, “Ever had a day where you just don’t want to have to deal with other people? Ever taken a different path than usual because there’s someone you really don’t want to run into on the way? Good news, an app developer has leveraged social media to direct you along routes where your friends aren’t. The app, called Hell Is Other People, is an experiment in anti-social media. It monitors your friends’ check-ins on Foursquare to figure out where they might be and then creates a map with “optimally distanced safe zones” to decrease the chances that you might cross their paths.  Its developer, Scott Garner, navigated around New York City for hours without having to worry about getting drawn into an awkward encounter with someone he knew on the way.”  Read on here. 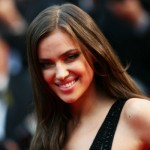 From Styleite:  It is thought that we should pen a new name for a general type of interest for celebrities.  Styleite‘s Lauren Valenti reports: “Russian model Irina Shayk, who covered the Sports Illustrated Swimsuit issue two years ago, and counts soccer stud Cristiano Ronaldo as her beau, has filed two police reports against an alleged stalker.  Over the last two years, the man has repeatedly been seen around Shayk’s building. In one instance, she came home to find him inside her apartment, but she managed to escape safely and call 911. Also, in typical stalker fashion, the creeper showers her with gifts, flowers, and other presents she never asked for.  After another run-in this Sunday, she filed yet another complaint and is finally filing for a restraining order.”  Read on here. 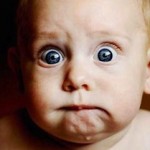 From SportsGrid: The scariest rugby hit ever dished.  SportsGrid‘s Matt Rudnitsky writes, “When I saw the headline: This Rugby Hit is the Most Violent Thing You’ll Ever See, I was skeptical. I still am a bit skeptical because some of our readers have probably seen shootings or stabbings or Rex Ryan at Taco Bell, but even if you have, this will be in the running.  The man delivering the hit is Ruslan Casey, a man from Wanganui Collegiate secondary school in New Zealand, who runs really fast across large distances and then hurls himself at poor players who then collapse.  We do not know how old he is, but Wanganui Collegiate secondary school is a secondary school that houses kids of ‘years 9-15.'”  Read on here. 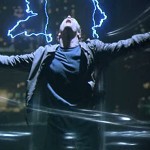 From The Mary Sue:  Ryan Reynolds will not be appearing in the next Highlander.  The Mary Sue writes, “Is there only one person left working on the Highlander remake now?   The Wrap is reporting Ryan Reynolds is no longer attached to star in the remake of the 80s sword fighting classic, Highlander. Previously, director Juan Carlos Fresnadillo decided he’d rather not be involved either. I’m sensing a theme here.  ‘Summit vowed to move quickly in finding Fresnadillo’s replacement but still hasn’t brought another filmmaker onboard, leaving Reynolds in limbo,’ writes The Wrap. ‘An individual familiar with ‘Highlander’ tells TheWrap that Reynolds’ exit may actually prove beneficial for the project, as a new director will be able to cast a new leading man rather than inherit a previous filmmaker’s decision.'”  Read on here. 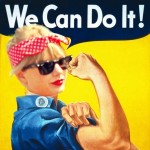 From The Jane Dough:  Taylor Swift is now a feminist on Twitter.  The Jane Dough explains, “Since we were all getting sick and tired of Taylor Swift’s slut-shaming lyrics about her ex-boyfriends, there is now a Twitter account devoted to making lil’ Tay Tay into a hardcore feminist. Created by Clara Beyer, a rising senior at Brown University, @feministtswift is the alternate universe Judith Butler-reading pop star you’ve always wished existed.  On June 12th, Beyer sent out her first tweet: ‘She wears short skirts / I wear t-shirts / Neither of us is asking for it.’ Within days, the lyric was retweeted 4,418 times. Just six days after its creation, @feministtswift has already racked up 72,739 followers.  Beyer, an admitted Taylor Swift fan, likes listening to Swift’s music but feels like ‘a lot of the songs are either ‘I used to have a boy and I was happy, and now I don’t and now I’m sad’ or ‘if I had this boy, I would be happy.'” Read on here. 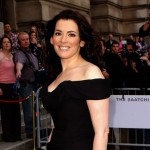 From The Braiser:  Yesterday, we reported the incident between Charles Saatchi and his wife Nigella Lawson that appeared on the cover of a magazine.  Today, The Braiser reports: “Nigella Lawson’s husband Charles Saatchi visited Scotland Yard to accept a ‘caution’ from the police as punishment for choking her at a London restaurant, The London Evening Standard reports.  However, no charges will be filed for the incident, nor will the police continue to be involved. Here’s how The Queen’s Law works, according to CBS: ‘A caution is a formal warning given to someone who admits a minor offense. It carries no penalty, but it can be used as evidence of bad character if a person is later prosecuted for a different crime.’  Scotland Yard would only admit that a ’70-year-old man’ came to personally accept a caution, while Saatchi told the Evening Standard that he went voluntarily: ‘I thought it was better than the alternative of this hanging over all of us for months.'”  Read on here.