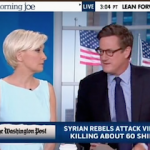 From Mediaite:  Is Snowden a weasel or is the media just misleading the public?  The case was argued on this morning’s Morning Joe.  Mediaite reports, “There were opinions all around — with Joe Scarborough deeming Snowden a ‘weasel’ while Mika Brzezinski chose to highlight the ‘misleading’ coverage of the story and reporter Glenn Greenwald‘s closeness to it.  ‘Look at that guy, that guy is a weasel,’ Scarborough remarked, as they segued into the story. ‘Can we not put his face up on the screen? He looks like a weasel.’  To which Richard Haass responded that we should simply stray away from labeling him a whistleblower — which Brzezinski found to be an ‘intellectual, true analysis of the definition of what he is.’  ‘He’s not a whistleblower, okay?’ she added. ‘And it’s actually been very misleading the way this story’s been covered, even by the reporter himself.'”  Read on here. 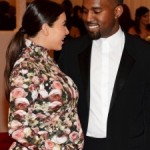 From Gossip Cop:  Maybe Kanye and Kim are doing just fine.  Explains Gossip Cop, “The rapper — who acknowledges that ’90 percent of the time it looks like I’m not having a  good time’ — tells the paper he’s actually quite happy in his personal life, contrary to relentless tabloid rumors.  ‘Any woman that you’re in love with or that loves you is going to command a certain amount of, you know, energy,’ says West. ‘It’s actually easier to focus, in some ways.’  In fact, with his new album ‘Yeezus’ set to come out on June 18, it seems Kardashian might deserve some credit for the music.  ‘I’m the type of rock star that likes to have a girlfriend, you know?’ explains West. ‘I’m the type of soul that likes to be in love and likes to be able to focus. And that inspires me.'”  Read on here. 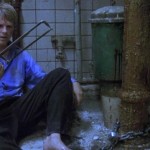 From Geekosystem:  It’s not summer vacation yet.  Geekosystem‘s Ian Chant writes: “Yesterday, we brought you the story of a fourth-grade teacher from Wisconsin who got falling down hammered while chaperoning a class field trip. Today, Europe is getting in on the action as a sixth-grade teacher in France has been suspended for putting on a viewing of Saw for a roomful of 11-year-olds. If he really wanted to watch a Cary Elwes movie that badly, it occurs to us that The Princess Bride might have saved him a lot of trouble. Also, it’s a good film, unlike Saw. I for one can attest to the power of viewing horror movies at too young an age to really process them.”  Read the full article here. 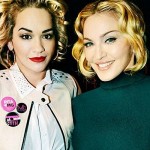 From Styleite:  It has been confirmed that Rita Ora will be the new face of Madonna’s Material Girl line.  Reports Styleite, “Last month there was speculation that Rita Ora would be the face of Madonna’s Material Girl collection, and now the Brit songstress has confirmed via Instagram that she will indeed succeed Georgia May Jagger as spokesmodel for the junior line. The deal reportedly racked Rita a cool $780,000 and, if that’s the case, we think she’s worth every pretty penny. For one, she’s a young embodiment of the Queen of Pop with her bleached blonde hair and dark brows, and more importantly, she’s becoming a style muse in her own right, from her Emilio Pucci stage costumes to offbeat street wear.  The idea for the Ora and Madonna to join forces came to be during the Met Gala, where the two met, according to The Sun.”  Read on here. 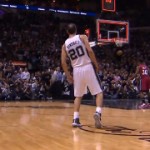 From SportsGrid:  Yesterday, the Spurs set a NBA finals record and blew out the Heat.  SportsGrid‘s The Daily Yam reports: “Raise your hand if you thought the Spurs were going to win Game 3 by 36 points. Put your hand down, liar. Not even our own Matt Rudnitsky had that, and he’s an expert, of sorts. We’re not at fault for not seeing this coming — the Spurs were historically good at shooting threes last night. They set an NBA Finals record with 16 of them, and they came from a number of different Spurs — Danny Green, Gary Neal, Kawhi Leonard, Tony Parker.The Spurs tallied 48 points from beyond the arc, more than enough to account for the lopsided final score. But props are also due to the Spurs for taking LeBron and company completely out of their game. If not for the this three-point barrage, that’s what we would be talking about this morning.”  Read on here. 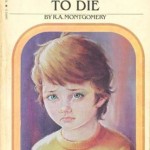 From The Mary Sue:  20th Century Fox is making a Choose Your Own Adventure movie, in which it has already required all of the rights to the name and characters.  The Mary Sue reports, “The Hollywood Reporter describes the endeavor as a ‘crossplatform four-quadrant action-adventure franchise,’ indicating that 20th Century Fox may be attempting to create an extremely interactive experience, with multiple types of media involved.  While this is not the first time a movie has involved alternate endings (see the wonderfully campy Clue) and movies have certainly been made off of less extensive material (see the baffling Battleship), I’m personally a bit skeptical about this news.  Still, it seems the movie, and, if the quote above is to be believed, possible ‘franchise,’ already has producers attached, and has already been pursued by Fox for several years.”  Read on here. 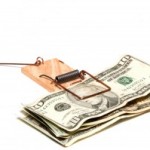 From The Jane Dough:  There are five money traps that women commonly fall into.  The Jane Dough explains how to beat them: “Karen Finerman is CEO of the hedge fund Metropolitan Capital Advisors. This article is adapted from her new book, ‘Finerman’s Rules: Secrets I’d Only Tell My Daughters About Business and Life,’ which comes out June 4.  All across the financial spectrum, I’m less worried about the glass ceiling and women being too hard on themselves than I am about a glass barricade made of self-imposed excuses cleverly cloaked as legitimate reasons for women not taking control of their money.  Sometimes taking control simply means educating yourself and being an active part of the process.  It doesn’t always have to mean making money.”  Find the five money traps here. 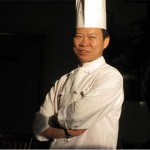 From The Braiser:  Peter Chang has settled in the Old Dominion.  The Braiser explains, “There are trend pieces about chefs, and then there are full-blown New Yorker features about Peter Chang, a former chef for the Chinese Embassy with a crazed following that tails him from restaurant to restaurant, whether it’s in Virginia or Georgia. (That profile was published back in 2010, around the same time that one in Oxford American declared him the “perfect chef.”) In 2011, he moved back to Charlottesville, VA to open a restaurant — then another, then another — and now, with a fourth restaurant opening in Fredericksburg, VA, The Huffington Post declared that Chang has finally settled on one region.  His business partner Stone Shi insists that Chang has decided to stay in the Virginia exurbs for real, even moving his family to Fredericksburg to better supervise the opening of Peter Chang China Café.”  Read on here.