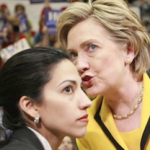 From Mediaite: Many are upset with Anthony Weiner’s repeat scandal of last week, but are the Clintons at the top of the list? Mediaite answers, “Rumors flew Monday morning that Bill and Hillary Clinton were unhappy with Anthony Weiner’s comparisons of his situation—a marriage spotlighted by sexual transgressions and public office—with the former presidential couple’s trials in the mid 1990s, and that while the Clintons supported longtime Hillary aide Huma Abedin, that sympathy did not necessarily extend to her sexting husband… An anonymous Democratic official told the New York Post, ‘The Clintons are upset with the comparisons that the Weiners seem to be encouraging—that Huma is ‘standing by her man’ the way Hillary did with Bill, which is not what she in fact did… How dare they compare Huma with Hillary? Hillary was the first lady. Hillary was a senator. She was secretary of state.'” Read the full story here. 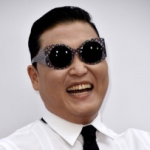 From Gossip Cop: Gangnam Style may not be so great… Psy has recently revealed that he suffers from a severe alcohol problem. Writes Gossip Cop, “Psy has a drinking problem. The Korean superstar behind “Gangnam Style” reveals his attachment to alcohol in an interview with London’s Sunday Times, which says the performer ‘drinks all day and all night.’ Psy says, ‘If I’m happy, I’m drinking, if I’m sad, I’m drinking. If it’s raining, I’m drinking, if it’s sunny I’m drinking. If it’s hot, I’m drinking, if it’s cold, I’m drinking.’ He calls Korean vodka his ‘best friend’ and ‘vice partner.’ Psy says he’ll also drink ‘whisky, vodka, tequila, whatever.’ The singer tells the outlet the only time he isn’t drinking is ‘when I’m hungover,’ which he says is ‘a lot.'” Read more here. 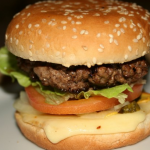 From Geekosystem: What do you think about a hamburger grown not on a farm, but in a lab? The world’s first is getting a taste test this week, Geekosystem reports: “The world’s first hamburger grown entirely in a laboratory will be served in London this week, apparently to the anonymous donor who las largely funded its creation. Here’s hoping the meat, which is reportedly grey in color with a slippery, squid-like consistency before cooking, proves worth the almost $400,000 that’s already gone into creating it. We’ve reported before on this project, which is totally intriguing if kind of gross-sounding. There’s no word yet on what lucky restaurant will have the honor of serving the burger, or which lucky chef will get the unenviable task of trying to make it seem palatable. The in vitro entree is the brainchild of Dutch scientist Mark Post, who toyed with lab-grown varieties of pork and chicken before landing on beef as the finest of all fake meats.” Read the piece here.

From Styleite: Today, Styleite’s Lauren Valenti shares what will be your new favorite retail site: she writes, “Your fall accessories wardrobe may be in the hands of two very chic French brothers come September, now that e-commerce site Monnier Frères is becoming available in the States. The ornamental hub comes courtesy of Guillaume and Jean Monnier, and they are looking to festoon Americans with the shiniest crystal, softest leather, and finest silk scarves. What does this mean for you and yours (we mean you and your credit card)? It means access to over 100 luxe brands, from A-Z, or Alexander Wang to Zadig et Voltaire, for all the handbags, sunglasses, scarves, jewelry, and hats your heart should desire.” Read on and see Styleite’s picks from the site here. 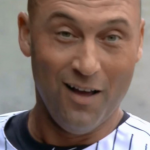 From SportsGrid: Yesterday brought a highly-anticipated moment for Yankees fans: the return of Captain Derek Jeter. Writes SportsGrid, “Derek Jeter already returned to the Yankees lineup once this year, and it went pretty well. But his second season debut after pulling a hammy was just awesome. He swung at the first pitch he saw and hit it over the right-center field wall, a solo shot that proved to be the difference in a 6-5 win over the AL East-leading Rays. He was nearly overshadowed by new-old Yankee Alfonso Soriano, but not quite.. Baseball historians will be able to look back and recall moments like this — moments when the Yankees were struggling, and the Captain buoyed them with his skill and his will, and brought joy to the faces of the youth, faces which recently have been frowning with distaste for players like Alex Rodriguez and Ryan Braun. They’ll also be able to calculate the tangibles as well, and those stack up quick nicely: to this point, Jeter is first all-time in games played for the Yankees, third in runs, first in hits, ninth in homers, seventh in RBI, first in stolen bases, sixth in batting average, first in being a horndog and number one in our hearts.” Read the full story here. 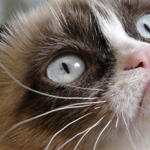 From The Mary Sue: Allergic to cats but love them anyway? Scientists have been working to find a solution for you, writes The Mary Sue: “According to the The Telegraph, scientists at Cambridge University have isolated the protein in cat dander that combines with a chemical found in us humans (apologies if you’re reading this and are not human) to trigger allergies in one in ten people. Says Dr. Clare Bryant, the study’s lead author: ‘When cats lick themselves they spread saliva, hormones and skin cells on to their coat. When the hair falls out, it is proteins in this dandruff stuck on their fur that people are allergic to. How cat dander causes such a severe allergic reaction in some people has long been a mystery. This is the first time we have discovered the process that leads to the allergic reaction. It opens up a whole new type of drug to treat it.’ Currently the only treatment for cat allergies is to take antihistamines or have injections to build up one’s tolerance, but now that the science behind the allergy is better understood there could be a better medicine on the market within five years.” Read on here. 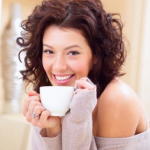 From The Jane Dough: Coffee is proven to have many benefits, and now a decreased suicide risk may be one of them as well. Writes The Jane Dough, “Science, you are just like my high school crush in that you simply cannot make up your mind and keep sending me mixed signals. (Also, you still haven’t answered that text I sent you the other night, which was a joke, by the way. I was just joking. I don’t actually like you like that, lol…lol.) Last month you decided to include caffeine withdrawal and caffeine intoxication in the Diagnostic and Statistical Manual of Mental Disorders DMS-5 and that really shook us up. We thought Science classifying something as a mental disorder qualified as “shit getting real,” so we drastically cut back on our coffee intake. Now a study by the Harvard School of Public Health has concluded that drinking two to four cups of coffee per day may reduce the risk of suicide in men and women by 50 percent. So if we drink coffee, we’re disordered, but if we don’t drink enough, we may become suicidal? What’s up with that, Science?!” Read the piece here. 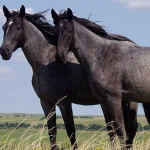 From The Braiser: Remember the great horsemeat scandal of 2013? Its effects are still being felt in the food industry. Writes The Braiser, “Well, here’s one positive outcome of the horse meat scandal that plagued Europe months ago: food safety officials in Ireland are reporting that almost half of the country’s consumers have cut processed and frozen meat products from their diets after the discovery of tainted beef in frozen lasagna. The Belfast Telegraph reports that after consumers learned that horse meat had been sneaking its way into the nation’s food supply, 51 percent of shoppers had stopped purchasing frozen burger patties, and — most importantly — 42 percent of shoppers had ceased purchasing processed, ready-made, frozen meals. (Sorry, television dinners.) Not only is this one of those obvious ‘consumer demand influenced by the news cycle’ moments, it’s also a (somewhat Pyrrhic) victory for public health advocates, who get to celebrate people being more conscious about food safety issues and not eating processed meals, which are Just So Bad For You.” Read more here.