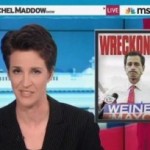 From Mediaite:  Maybe Anthony Weiner’s private life is pretty sleazy.  But isn’t it more sleazy to lie, apologize, and then keep on lying to the media?  Mediaite reports, “Rachel Maddow opened her show tonight going after Anthony Weiner with full force not for the sleazy behavior that he continued even after his initial sexting scandal brought about his political downfall, but for the conclusion it draws that he lied, consistently and boldly, to the public and the press, about how much of a changed man he is since he left office, and with these lies coming on the heels of what was supposed to be his honesty-filled redemption tour, it’s hard to imagine how anyone could ever trust him again.”  Read on here. 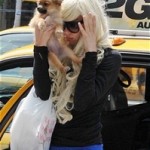 From Gossip Cop:  Amanda Bynes reportedly spilt gasoline all over her pooch on Monday while she was building a fire in the driveway.  Reports Gossip Cop, “Amanda Bynes accidentally poured gasoline on her dog while building a fire in a woman’s driveway on Monday, and then tried to rinse off her pet in a liquor store bathroom, reports TMZ.  The site obtained a surveillance video which allegedly shows the actress frantically racing around the store before entering an Employee’s Only area in the back.  The cashier tells TMZ he saw Bynes rinsing the dog in the sink of the private bathroom, and that he detected a strong odor of gasoline.  When he confronted the troubled star, she supposedly ‘freaked out’ and left the store.  Soon after, Bynes was placed on a 5150 psychiatric hold by police.”  Read on here. 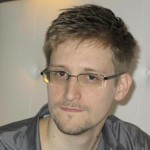 From Geekosystem:  Russia has welcomed Snowden; albeit probably just temporarily.  Geekosystem reports, “According to Reuters, NSA leaker Edward Snowden has finally been granted travel papers that would let him leave the transit area of Moscow’s Sheremetyevo airport, where he has spent the last few weeks working to find his way to one of several nation’s that has granted him asylum. Exactly where Snowden is heading now is still up in the air, but sources have indicated to Russian news site RT that Snowden is getting a fresh set of clothes and preparing to leave the airport shortly.  Snowden is still very much a wanted man in the eyes of the U.S. government, which has applied pressure to international allies in an effort to leave the former intelligence agency contractor with no easy exits from the Moscow airport he has called home since fleeing Hong Kong in June.”  Read on here. 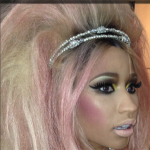 From Styleite:  Nicki Minaj is all barbied up for her David LaChapelle fragrance shoot.  Styleite reports, “After hearing that Nicki Minaj was partnering up with David LaChapelle for her latest fragrance shoot, we were pretty pumped to see the results. Whether you love the Leader of the Nation of Pinkslam or whether you’re kinda terrified by her, you can’t deny the appeal of the lacquered MAC Viva Glam shoot that happened last time the iconic pair united.  But if the #dramatic pictures Minaj posted to her Instagram are anything to go by, there’s domestic drama afoot in the Barbz Fold N’ Fun House.  We’re not too sure what’s going on here (or what’s not going on here) but from the combination of the hair, the trashed room, the Ricola cough drops, the bad dye job and Nicki’s miserable expression, we’re sensing top notes of Amanda Bynes’ old bong water.”  Read on here. 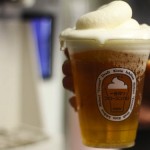 From SportsGrid:  Dodger Stadium is now offering frozen beer foam.  SportsGrid reports, “At first glance, Kirin Ichiban frozen beer foam sounds like the greatest thing ever, combining baseball, beer, and some sort of slurpee/ice cream float contraption. It also looks like the greatest thing ever — it looks like a Vanilla Sapporo Frosty in that wondrous, probably-deceitful photo above.  ‘Let me first escort the elephant out of the room in relation to ‘frozen beer’ and ‘frozen beer foam.’ For reasons unbeknownst to us, beer Slurpees do not exist in a widely available or commercial form.’  So, not a beer slurpee.  ‘We wish it did, and we hoped this story would be our ornate, spiraled staircase to the heavens by showing us that the neglected purgatory between frozen-undrinkable beer, and a nice, frosty, cold one actually existed.'”  Read on here. 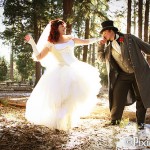 From The Mary Sue:  A Steampunk wedding that has everything: a robo-butler, an octopus cake, and classy duds.  Writes The Mary Sue, “This Steampunk wedding really takes the cake (har har) when it comes to doing marriage ceremonies in ambitious and unconventional ways! We got permission from the bride to show off her awesome wedding photos, the highlights of which are a striped wedding cake with octopi instead of figurines at the top, mini monorail table settings, and most of all: a ring-bearing robot built and designed by Grant Imahara, friend of the happy couple. How awesome is that?  If you want to see more pictures of the wedding, check out the fantastic marital details in the article over on Offbeat Bride.  Congratulations to the bride and groom, and may every wedding be as epic as yours!”  Read on here. 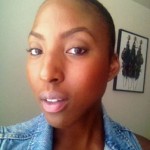 From The Jane Dough:  Ever feel like you just can’t bring yourself to reach out to others for help?  Kimberley McLeod writes for The Jane Dough, “Sometimes I think I came out of the womb with my own checkbook, a to-do list, and three jobs. Part strong-black-woman syndrome, part a product of an immigrant and single-parent household, I learned to provide for myself practically at birth.  Ask my mother for money? Request an extension on a deadline? Actually admit I needed anyone for anything or anything from anyone?  Not this girl.  If it meant getting paid to write resumes or transcribe interviews after an already long workday for some extra bucks, or pulling an all-nighter for the second night in a row to complete a company proposal on time, I was going to do what I had to.”  Read on here. 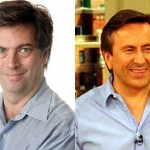 From The Braiser:  Pete Wells doesn’t mind being catered to in Daniel, but he is disappointed by the way they treat other non-celebrity guests.  So disappointed, in fact, that he reduced it to three stars.  The Braiser explains, “Any time a four-star restaurant is knocked off its rarified pedestal by the New York Times — even if they still receive a respectable three stars — it’s a seismic event, especially if the restaurant is Daniel Boulud’s flagship and has received a consistent four-star rating from the Times for nearly two decades. But Pete Wells downgraded Daniel, which has three Michelin stars, and gave a damning reason: in this egalitarian age of dining, Daniel plays favorites with its service.  While he often dinged Daniel’s menu for its ‘compulsion toward complexity,’ Wells was more peeved with the way the restaurant’s staff catered to VIPs, rather than delivering the same standard of service to all its diners.”  Read on here.