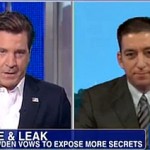 From Mediaite:  Greenwald slams Obama on Fox & Friends this morning.  Reports Mediaite, “Guardian reporter Glenn Greenwald made a rare Fox News appearance Tuesday morning, teasing new national security revelations and harshly criticizing the Obama administration for targeting NSA leaker Edward Snowden so as to discourage future disclosures.  ‘What the Obama administration wants…is to make it so that everybody is petrified of coming forward with information about what our political officials are doing in the dark that is deceitful, illegal or corrupt,’ Greenwald told Fox and Friends’ Eric Bolling. ‘They don’t care about Edward Snowden at this point. He can no longer do anything that he hasn’t already done. What they care about is making an extremely negative example out of him to intimidate future whistle blowers from coming forward because they’ll think they’re going to end up like him. That’s their objective.'”  Read on here. 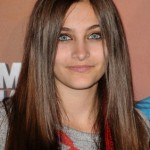 From Gossip Cop:  A rehab facility in Utah rejected Paris Jackson because they feared she would bring detrimental paparazzi attention.  Gossip Cop explains, “The teenager has been at UCLA Medical Center in the weeks following her suicide attempt, and doctors have determined that Jackson’s depression and suicidal tendencies are serious enough that she should be moved into long-term treatment.  Her mother, Debbie Rowe, has been searching for rehab options and settled on a location in Utah.  But the facility allegedly turned down Jackson, fearing her presence would attract paparazzi attention detrimental to her and other patients, according to TMZ.”  Read on here. 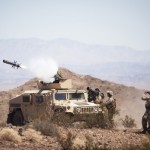 From Geekosystem:  Anti-tank missiles were found in Leesburg, Virginia, over the weekend.  Reports Geekosystem, “A neighborhood in Leesburg, Virginia had to be evacuated this Saturday after a woman discovered anti-tank missiles while cleaning out her garden shed. Neither she nor the authorities have any idea what they were doing there. Over a hundred people had to leave the 400-yard vicinity of the area while police, emergency services, military personnel, and a bomb squad dealt with an unusual situation for a suburban town in northern Virginia. According to Loudoun County Fire-Rescue Battalion Chief James Williams, the weapons were ‘determined to be military ordnance—anti-tank devices probably from the Desert Storm era.’ Authorities reported that the missiles were live and armed, and between 10:00 and 11:00 Sunday night, they managed to safely deactivate the fuses.”  Read on here. 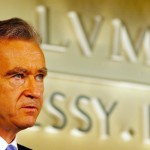 From Styleite:  LVMH was fined $10 million for its controversial stake in Hermès.  Styleite reports, “AMF, France’s stock market regulator, is charging LVMH the largest fine it has ever imposed at a whopping €8 million ($10 million). The reason? The giant’s controversial purchase of a stake in Hermès, of course. While this number is slightly less than what was originally thrown around, we imagine things aren’t exactly sprightly over at LVMH headquarters.  According to the committee that made the decision, the luxury conglomerate is guilty of ‘failing to inform the market that it was preparing to raise its stake in Hermès and of having breached its disclosure requirements when publishing its consolidated financial statements for 2008 and 2009.'”  Read on here. 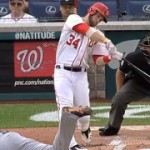 From SportsGrid:  Bryce Harper missed a month of baseball, gets up at bat, and hits a home run.  Harper returned against the Brewer’s, last night at Nationals Stadium, from a knee injury.  Reports SportsGrid, “Last night, Bryce Harper returned from a knee injury in dramatic fashion by knocking the crap out of a baseball in his first at-bat.  Sometimes we give Bryce Harper a hard time here at SportsGrid, but we only make fun of the ones we love, unless he or she is really a dick. So we’ll lay off the snark for a moment and say, man, this guy really knows how to make an entrance.  The kid also drew a walk. HE CAN DO EVERYTHING.”  Read on here. 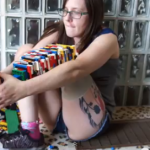 From The Mary Sue:  A woman makes a prosthetic leg out of LEGOs because of a challenge given to her by her co-worker.  In the video, she shows the process of making the leg and how it is actually functional, by walking on it for the audience.  Reports The Mary Sue, “A coworker jokingly suggested that Christina Stephens, an occupational therapist and clinical researcher who had her leg amputated below the knee earlier this year, make a prosthetic leg out of LEGOs. Not one to back down from a LEGO-related challenge, Stephens created the LEGOleg. Or the ‘LEG’O. Your mileage may vary. But I hope we can all agree that this woman is pretty darn cool.”  Watch the video here. 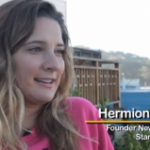 From The Jane Dough:  A documentary, She Started It, celebrates women entrepreneurs in the hopes of inspiring new ones.  The Jane Dough writes: “After witnessing the rise of female leaders in Silicon Valley, journalists Nora Poggi and Insiyah Saeed decided that more people should be aware of the awesome accomplishments of female entrepreneurs. These two women are now on a mission to change the stereotype that ‘being an entrepreneur is associated with being a man’ through their upcoming documentary ‘She Started It.’ Poggi and Saeed will interview as many successful female entrepreneurs as they can in order to shed light on their accomplishments and — hopefully — inspire other women with an entrepreneurial streak to go for it and not let their gender hold them back.”  Read on here. 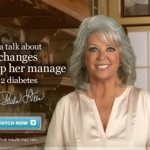 From The Braiser: How many millions of sponsorship dollars has Paula Deen lost?  The Braiser answers, “How much does admitting to saying the n-word in a deposition cost a person these days? It depends on the person, but let Paula Deen be an example to any public figures who are considering using racial slurs to boost their career, since people seem to be doing it nowadays. A New York Daily News report estimates that Deen has lost $12.5 million of her $17 million fortune, nearly 73% of her empire.  Caleb Melby, a wealth reporter at Forbes, told the News that the loss of her sponsorship and merchandising deals alone netted a loss of $7.5 million (catch up on the drop-fest here), while the loss of her restaurant and TV contracts ‘will slash another $5 million out of her paycheck.'”  Read on here.