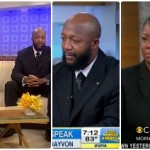 From Mediaite:  Trayvon Martin’s parents appeared on three different major networks on Thursday to speak out about their son.  Reports Mediaite, “On Thursday, the parents of slain Florida teen Trayvon Martin, Tracy Martin and Sabrina Fulton, as well as family attorney Ben Crump, sat down for interviews with CBS, ABC and NBC. Speaking out for the first time since the verdict which found George Zimmerman not guilty of murdering their son, Travyon Martin’s parents expressed their shock in interviews with CBS This Morning, ABC’s Good Morning America, and NBC’s Today.  ‘I want America to know that Trayvon was a fun-loving child,’ Tracy Martin told CBS’s Charlie Rose. ‘He was our child. We miss him dearly.'”  Read on here. 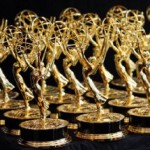 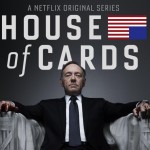 From Geekosystem:  Netflix has received a dozen Emmy nods.  Geekosystem explains, “Those of you who are up early watching the Emmy nominations roll in this morning — as well as, y’know, those of you who know where Twitter is — have no doubt already heard, but it’s worth mentioning that Kevin Spacey just landed a well-deserved Emmy nomination for Best Actor for his work in the Netflix original series House of Cards. That will come as no surprise to anyone who watched the excellent political thriller produced by Netflix this year, but considering it’s the first Emmy nomination for a Netflix show, it’s a noteworthy, if not entirely unexpected, achievement. That it’s one of a dozen Emmy nominations for original content on the streaming service says a good deal more.”  Read on here. 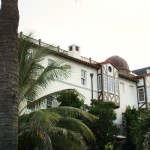 From Styleite:  No one wants to buy the Miami mansion where Gianni Versace was murdered, so it’s going to auction.  Explains Styleite, “The infamous Miami mansion where Gianni Versace was murdered in 1997 will go under the hammer at a bankruptcy auction on September 17, following this year’s $50 million price cut. The lavish 23,000-square-foot home, known as Casa Casuarina, had originally been marked at $125 million (making it the most expensive home on the market), but despite slashing the price to $75 million, the owners still couldn’t find a buyer. The estate, originally built in 1930, boasts 10 bedrooms, ornate decor, and a 54-foot long mosaic pool with 24-karat gold ornamentation.”  Read on here. 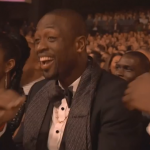 From SportsGrid:  At the ESPYS last night, Jon Hamm was really mean to Dwight Howard.  SportsGrid writes, “Jon Hamm (contrary to popular belief, not known as Don Draper outside of Mad Men), hosted the ESPYS last night. This meant that he made fun of Dwight Howard, his poor play on the Los Angeles Lakers, and his move to the Houston Rockets. Becuase he’s cool and making fun of baby-men in the city where they are hated is a cool thing to do.  The jokes were obvious and a bit tired, but the execution and the awareness of his audience were top-notch. And even a tired Dwight Howard joke is a good Dwight Howard joke, because nobody should ever take Dwight Howard’s side.”  Read on here. 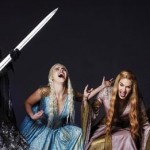 From The Mary Sue:  Everyone’s talking about Netflix’s dozen of nominations for the Primetime Emmy Awards.  The Mary Sue reports, “The nominations for the 2013 Emmys, taking place September 22nd, were announced this morning, and boy-oh-boy, is Netflix feeling really good about itself right now.  Check out our assessment of the nominations after the jump, plus a handy-dandy list of the nominees in categories Relevant to Our Interests (Dramas, Comedies, and Miniseries for the heck of it. No reality shows. You know what we’re about.) after the jump.  We all know big awards shows don’t tend to have heavy genre representation, so I was very pleased to see that American Horror Story: Asylum and Game of Thrones got the most noms, 17 and 16 respectively.”  Read on here. 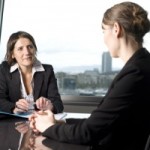 From The Jane Dough:  What do you do when an interview starts getting personal?  The Jane Dough answers, “A few weeks ago I went to an interview for a role at a large real estate company. They were looking for a writer who also had a solid real estate background to handle some marketing projects. That is me to a T.  However, instead of focusing on my professional experience—or even showing a modicum of interest in the work samples I brought—the recruiter peppered the conversation with an array of unexpected questions: What did my husband do for a living? Did I get insurance from his company?  My plans for childcare were a particular concern of hers.I had mentioned that I’d been at home with my son that summer, and she asked if I was ready to work in an office again and what my plans were for my son after school.”  Read on here. 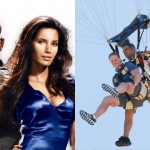