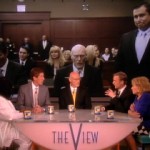 From Mediaite:  Since the start of this case, the media and the audience have been asking, “Is this a racial case?”  Zimmerman’s attorney’s gave their two-cents on The View this morning, Mediaite reports, “‘[The DOJ] interviewed over 45 people to see whether or not George Zimmerman — it’s going to sound strange — acted in a way that violated Trayvon Martin‘s civil rights by shooting him,’ defense attorney Mark O’Mara explained on the latter question.  ‘It has to be based upon some inappropriate reason like a race-based reason.  They have done that investigation for over a year and they have not come to any conclusion that there’s any suggestion of a racial component to this.'”  Read on here. 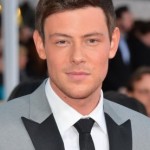 From Gossip Cop:  In Cory Monteith’s final role in McCanick, he plays a drug addict who gets sent to prison for murder.  Gossip Cop reports, “Cory Monteith battled addiction before his death at 31 over the weekend, and the late actor’s final movie role reflects some of his real-life struggle with substance abuse.  McCanick, filmed last September in Philadelphia and currently in post-production, features Monteith playing a drug addict street hustler who’s sent to prison on murder charges.  Upon Monteith’s character’s release on parole, two detectives (played by David Morse and Mike Vogel) try to hunt him down.  The film’s director, Josh C. Waller, is quoted in the Los Angeles Times as saying that Monteith had been eager to try his hand at gritty drama and use his life experience to inform the role.”  Read on here. 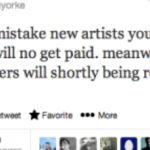 From Geekosystem:  Thom York took to Twitter over this weekend to express his distaste for Spotify’s rates offered to musicians to stream their music.  Geekosystem writes, “Thom Yorke took to Twitter over the weekend to harangue music-streaming service Spotify over the low rates it pays musicians for the rights to stream their music. The Radiohead frontman — who knows a thing or two about successful digital music distribution — is responding to the low rates, which amount to fractions of a cent every time a song is played, by taking his ball and going home, removing his songs from the service. That means fans will not longer be able to listen to Yorke collaboration Atoms for Peace or his solo album The Eraser on Spotify.”  Read on here. 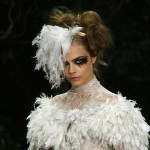 Annah Stretton has launched a competition for the most fashionable same-sex wedding.  Reports Styleite, “In a fashion industry post-DOMA, the same-sex marriage topic has provided big cause for celebration. We literally saw rainbows.  But America wasn’t first to the punch. New Zealand’s Parliament passed a bill in favor of same-sex marriage back in April, and come September 7, local designer Annah Stretton will be the first to marry a same-sex couple on the runway.  [frockwriter] reports Stretton has launched a competition titled ‘Come on Oz, Say ‘I Do’, which gives female Australian couples a chance at the most fashionable gay marriage in the short history of legal gay marriages.”  Read on here. 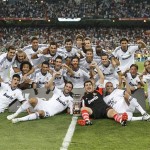 From SportsGrid:  Real Madrid is the world’s most valuable sports team, according to Forbes.  SportsGrid reports, “Real Madrid took the top spot on the Forbes list of most valuable sports teams.  Manchester United and Barcelona rounded off the top three.  The New York Yankees and Dallas Cowboys took fourth and fifth, respectively.  Real Madrid was valued at $3.3 billion. However, no one man is cashing in on its rise in value.  Surprisingly, Real Madrid is run similarly to the Green Bay Packers — they have 93,000 shareholders that pay $195 annually in exchange for discounts on tickets and merchandise.  Soccer’s dominate presence in the top five was not reflected in the rest of the list.  Only four other soccer teams were featured in the top 50.”  Read on here. 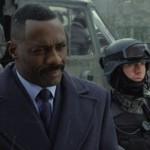 From The Mary Sue:  Pacific Rim has been beaten out of the top box office spot.  Reports The Mary Sue, “We don’t often report on box office numbers here at The Mary Sue, but this bit of information is relevant to our interests and also so very, very Monday-ish.  This past weekend marked the opening of both Pacific Rim, much beloved by us (check out Zoe’s review here) ever since the first shiny metal trailer hit our eyeballs, and Grown Ups 2, which… no. Just no. Unfortunately for the entire world (I may be exaggerating), Pacific Rim pulled in only $38.3 million at the box office, putting it in third place behind Grown Ups 2 ($42.5 million) and Despicable Me 2 ($44.7 million), which has now been the U.S.’s top-grossing movie for two weeks in a row.”  Read on here. 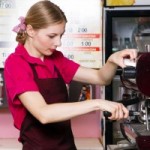 From The Jane Dough:  More and more people are opting for part-time work.  The Jane Dough reports, “The economy is sort-of looking up these days, with 195,000 new jobs created in June and the unemployment rate staying pretty much stagnant.  However, the numbers aren’t that impressive when you take into consideration the number of part-time jobs being added versus full-time jobs.  If you factor in part-timers, as well as people who want to work but have given up on the bleak job market, the Times points out that the actual unemployment rate would be around 13.8 percent, much higher than the current rate of 7.6 percent.  In total, more than 62 percent of this month’s job growth was due to a proliferation of low-wage jobs in hospitality, temp services, and retail.”  Read on here.

From The Braiser:  Everybody loves their cronuts.  Writes The Braiser‘s Tina Nguyen, “Never one to waste a perfectly good red-eye flight, I decided to skip going home from the airport at 6:00 this morning and went straight to Dominique Ansel’s bakery in Manhattan, to finally get my hands on a legendary cronut. As I waited in the two-hour line, I hung out with a family on vacation from Orlando, Florida: Grandma, her friend Smiley, and Daniel, a 10-year-old boy who got to the front of the cronut line at an insanely early hour.  This is an oral history of our time spent waiting for cronuts, seen through the eyes of a very sophisticated young boy obsessed with Minecraft, Annoying Orange, and entrepreneurship.”  Read on here.