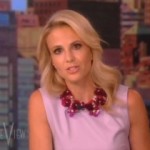 From Mediaite:  It was an emotional morning at The View.  Mediaite explains, “This morning on The View, Elisabeth Hasselbeck said her farewells to her colleagues and the talk show she’s co-hosted for ten years, following last night’s announcement that she will host Fox & Friends beginning in September.  ‘It was reported last night that our Elisabeth Hasselbeck is leaving us to join the Fox network,’ Barbara Walters kicked off the show, while clearly while battling tears.  When given the opportunity to speak, Hasselbeck confirmed her departure and praised the behind-the-scenes View crew that she believes made her job much easier and more efficient. She offered praise for the show’s co-creator Bill Geddie, who she said has offered her unconditional support throughout the last ten years.”  Read on here. 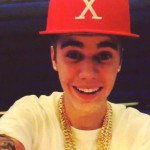 From Gossip Cop:  Just when you think that there isn’t anything more that Justin Bieber could do to surprise you, he gets you again.  Gossip Cop reports, “A shocking video has surfaced of Justin Bieber peeing into a mop bucket at a New York nightclub.  Bieber and his friends were reportedly leaving the club through the kitchen entrance when he decided to take a bathroom break into the wash basin.  TMZ says the incident happened earlier this year, but does not give a specific date. In the background, the teen singer’s friends are her laughing and shouting, ‘We’re the wild kids!’  After he’s finished going to the bathroom, Bieber takes a kitchen cleaning bottle and sprays a photo of Bill Clinton on the wall, saying, ‘F**k Bill Clinton.'”  Read on here. 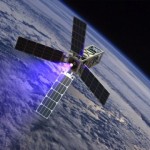 From Geekosystem:  UMich is raising money via Kickstarter for plasma thrusters for their new tiny satellites.  Reports Geekosystem, “Researchers at the University of Michigan want your help to power the next generation of space flight. They’re not counting on sending shuttles anywhere, though — their plan for tiny, plasma-driven thrusters that could propel micro-satellites into interplanetary space as early as 2015. To hit that ambitious goal, though, they’re not counting on the traditional grants process — which can be quite protracted — and instead taking their funding needs to the people via Kickstarter.  The theoretical thrusters would be powered by plasma jets that could use water or other liquid fuels as a propellant, ensuring that they could carry enough fuel for long distance trips to other planets or even out of the solar system.”  Read on here. 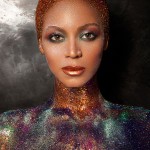 From Styleite:  Beyoncé appeared on the cover of Flaunt magazine wearing nothing but beautiful statement jewelry and shimmery body paint.  Styleite reports, “When Beyoncé speaks, we listen. When Beyoncé gets photographed wearing nothing except serious statement jewelry and all of the body paint, we drop our jaws and make weird indecipherable noises. When she does both of these things before we’ve had our second cup of coffee, we are not ready for this jelly and are yet SO READY at the same time.  Should-be topper of Forbes’ Most Powerful list and healer of early-teenage body issues Beyoncé Knowles has emerged in all her shimmering glory for an incredible spread and cover for Flaunt magazine.”  Read on here. 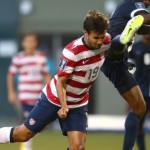 From SportsGrid:  The U.S. crushed Belize in the Gold Cup match, like we didn’t see that happening.  Reports SportsGrid, “Look, it was never going to be close between the U.S. and Belize in their Gold Cup match. The Belize team is about half amateur players, with their jerseys donated by Nike and their coach donated by the U.S. team. But the Americans still put on an impressive show, particularly striker Chris Wondolowski. A relative newcomer, Wondo (as I will call him from here on out) was a combination of lucky and good in putting away three first half goals. We have all three for your perusal.  Landon Donovan also had a goal and two assists, making him just about the best American soccer player ever. All in all, a pretty good night — if you consider trouncing your little infant brother a good night.”  Read on here. 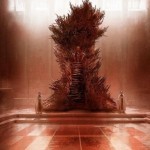 From The Mary Sue:  George R.R. Martin had described an iron throne, but can you imagine what it’d look like in real life?  The Mary Sue writes, “While the now iconic Iron Throne that we know as the seat of Robert Baratheon and King Joffrey is set in stone at this point in Game of Thrones’ run on television, the seat still doesn’t fit the imposing vision author George R.R. Martin had when he set out to write the A Song of Ice and Fire series.  The throne is supposed to have thousands of swords melted into it, but even in the world of the television show, Littlefinger has counted, and there ‘aren’t even 200.’ Now we can see what George R.R. Martin believes is the closest rendering to his imagination, thanks to artist Marc Simonetti.”  Read on here. 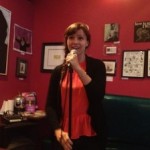 From The Jane Dough:  Sue was fed up with misogyny in comedy, so she started an open mic night for women.  The Jane Dough writes, “I’m a comedian, which is a male-dominated sport. And, no matter how accepting of men I’ve become, I’m still convinced that whenever a bunch of guys get together at once, things get a little dick-swingy. I’m talking about open mics.  Open mics are a place where anybody, LITERALLY ANYBODY, can show up and get a couple of minutes of stage time. Usually, there are about 15-20 men and maybe two women. You can’t imagine the shit that goes on in a room where men are all trying to make each other laugh.  Essentially, it’s not their bad jokes that bother me. I don’t think people should be censored, but that kind of material creates a hostile, sexualized environment where women like me have a difficult time feeling safe and comfortable.”  Read on here. 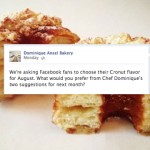 From The Braiser:  The cronut is the latest food trend and if you haven’t tried it, you better if you can get a hold of one.  Reports The Braiser, “The original cronut was a delicate rose, next came June’s hearty lemon-maple, last week brought blackberry for the July flavor and, according to Dominique Ansel’s ‘Food Informants’ diary on the Huffington Post, the August flavor is already up for debate. So he isn’t really opening the floor to crowd recommendations — too bad because we’re sure ‘the crowd’ would unanimously go for something that involves bacon — but Ansel’s devotees still have strong feelings about what they will wait in ridiculously long lines for. One commenter replied ‘coconut’ with no less than 42 exclamation points, and another voted for passionfruit, from Beirut. Many want the hybrid pastry bedecked with a hybrid coconut-passionfruit flavor which, like, let’s not get crazy people.”  Read on here.