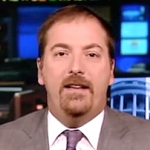 From Mediaite: The Hillary drama continues. Mediaite reports on the latest, “On Morning Joe Thursday morning, NBC News Political Director Chuck Todd bemoaned his network’s proposed NBC miniseries on Hillary Clinton, which, though it has not yet been written, has already raised criticism of a conflict of interest between NBC Entertainment and NBC News, including an ultimatum from RNC Chairman Reince Priebus to drop the project or lose any 2016 GOP debates. ‘This mini series is a total nightmare for NBC News,’ Todd said. ‘There’s this giant firewall, we have nothing to do with it, we know that we’d love probably to be as critical, or whatever it is going to be, if it comes out. But there’s nothing we can do about it.'” Read on here. 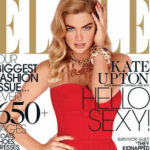 From Gossip Cop: Kate Upton made waves with her Sports Illustrated cover, but she didn’t react as well to it as the world did. Gossip Cop writes, “Kate Upton says she felt totally objectified after her first Sports Illustrated cover debuted in 2012.The supermodel tells the September issue of Elle,’After my first Sports Illustrated cover, I felt terrible about myself for a solid month. Every single guy I met was either married or about to be married, and I felt like I was their bachelor present or something.’ Upton adds, I’m not a toy, I’m a human. I’m not here to be used. I am a grown woman, and you need to figure your sh*t out.’ The beauty says she refuses to accept this kind of treatment, sharing, ‘People deal with models like they are children. They think they can pull one over on you. It’s actually funny.'” Read more here. 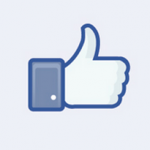 From Geekosystem: Facebook has taken another step towards becoming Twitter. Geekosystem reports, “You know how everyone loves Twitter and totally doesn’t make fun of it or anything? And they’re always saying stuff like, “Man, I wish Facebook were more like Twitter?” Okay, me neither. But apparently we’re not talking to the same people as Mark Zuckerberg, because the team that brought hashtags to Facebook has just added trending topics.And it’s already started for a lucky group of users. Oh, joy. So far, this new addition is only on the mobile app. It will appear as a banner across the top of your newsfeed, showing– well, which topics are trending. If you click to see more, you’ll be presented with updates and links from both friends and complete strangers.” Read more about what it means here. 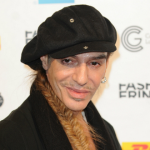 From Styleite: What’s next for John Galliano? Styleite writes, “While it was the brainchild of Anna Wintour to have John Galliano take up a provisional residency in Oscar de la Renta’s atelier for a season, we think even the mastermind behind the disgraced designer’s comeback herself would be surprised by his rumored next move: a permanent post at ODLR. According to WWD, the two designers are in talks to take their creative relationship to the next level. Alex Bolen, CEO of ODLR, released a statement stating: ‘As we have said before, we are deeply impressed with John’s talent and would love to find a way to work with him in the future. To date, we have not found that way.’ There’s no question that Galliano isn’t exactly in a place to be too particular with where he lends his talent, what with a failed attempt at a Parson’s teaching stint under his belt, but we imagine Wintour didn’t foresee the Dior visionary riding the coattails of another designer.” Read the story here. 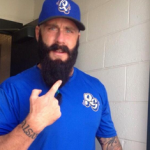 From SportsGrid: Today, the sites got an update on pitcher Brian Wilson: writes Sportsgrid, “Wilson made his debut in Dodger Blue on Wednesday, and has pronounced his beard in mid-season form. Also, he was sporting a Mohawk. Serenity Now!Oh, his pitching? He did fine: he started the game for the Single-A Rachco Cucamonga Quakes, and threw eight pitches in his scheduled one inning of work against the Lake Elsinore Storm. But here’s what you’ve been fearing: The beard, and the Mohawk, are back. Many of you had tired of Wilson’s antics by the end of 2011, and even in 2012 as he hung around the Giants’ clubhouse during their second World Series After his second Tommy John surgery you figured he was done. But apparently not… Wilson is now headed to the Dodgers’ Triple-A team, Albuquerque, where he’ll make two or three appearances. If all goes well, he’ll then move on to the big team, where he’ll likely be a setup man.” See pics of his look here. 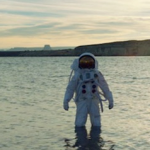 From The Mary Sue: Great news for ladies & science, writes The Mary Sue: “If  Steven Spielberg resume as a director has an equal, it’s his legacy as a producer. Well, at least it is for this fan of Pinky and the Brain, Animaniacs, Freakazoid!, and Tiny Toon Adventures. Okay, I suppose he’s also produced some live action television that’s made it’s mark, and that’s probably the legacy that CBS is trading on by greenlighting an entire first season of Spielberg’s new show Extant. From Digital Spy: ‘Extant is a futuristic thriller about a female astronaut trying to reconnect with her family when she returns after a year in outer space. Her experiences lead to events that ultimately will change the course of human history. Spielberg will serve as an executive producer for the series, which will be distributed worldwide by CBS Studios International.” Read more about it here. 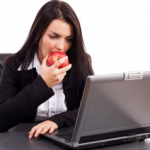 From The Jane Dough: Today, a guest blogger from Manilla.com shares her tips on how to stay healthy even when working 50+ hour weeks. She writes, “Before I started exercising about six months ago, it had been years since I had worked out on a regular basis. I was working a 9-7 job, and given that I had never been a morning person, there was no way I was waking up early to engage in physical activity. Working out at 8 p.m. was out of the question (during happy hour? No thanks.) and weekends were for relaxing. That left little to no time for healthy habits, which left me feeling exhausted, overworked and groggy pretty much all of the time. I wish I could say there was some ah-ha moment when I decided it was time to be healthier, but there really wasn’t. I think I had just had enough of being less than thrilled with the way I looked and felt, so I decided to make a change. Everyone is different, and there’s no one-size-fits-all strategy for adopting healthy habits, but here are a few things that worked for me.” See her five tips here. 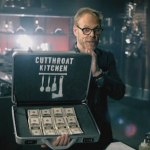 From The Braiser: There’s a new player in the food competition reality TV world. Explains The Braiser, “Okay, we may have gently ribbed Alton Brown’s newest game show, Cutthroat Kitchen, for being assembled out of the same Lego kit most Food Network shows seem to be built from. But judging from his latest interview with The Daily Meal describing the show, we’re willing to give it a second chance. Why, exactly? Mostly because we’re huge fans of shows where people who consider themselves crafty and cunning play mind games with each other, and sometimes fail miserably at their evil plots. And Cutthroat Kitchen is essentially built to create mind games! Here’s how people play The Game of Kitchens: each contestant is given $25,000 to use on ingredients, but can bid on items that would give their opponents severe disadvantages in the kitchen (for instance, buying all the salt). The winner (whose food is determined by the judges in a blind taste test) takes home however much money is left in his wallet, which means that one simply cannot throw all of his money into weird Machiavellian plots.” Read more here.