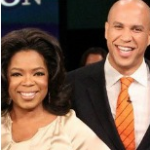 From Mediaite: Could a letter make Cory Booker lose one of his major supporters? Mediaite writes, “Television host and entertainment mogul Oprah Winfrey has been a vocal and public back of Newark Mayor Cory Booker’s political career for several years. Winfrey recently endorsed and held fundraisers for Booker’s bid for U.S. Senate, but the candidate’s Republican opponent’s wife is asking the entertainer to take another look at the race. In a letter which Winfrey’s company claims to have not received, GOP Senate candidate Steve Lonegan’s wife asks Winfrey if she would help tell the other side of the story of the special senatorial election in the Garden State. ‘Ms. Winfrey, I have a story for you. A personal story. I would like to meet with you to discuss the biography of my husband, Steven Lonegan,’ the letter from Lorraine Lonegan reads.” Read on here. 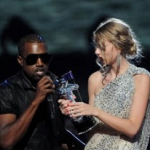 From Gossip Cop: The Taylor Swift/Kanye West feud fueled at the VMAs in 2009, rages on as another year of the awards show approaches. Reports Gossip Cop on the latest, “Taylor Swift took a dig at Kanye West less than one week ahead of the upcoming MTV Video Music Awards — the same show where the rapper famously interrupted her acceptance speech in 2009. On Monday night, Ed Sheeran posted a photo of a jar of jam on Twitter, along with the caption, ‘Taylor made me some jam. Amazing.’ The label on the jar included a not-so-sublte reference to West. Swift’s note reads, ‘Yo Ed, I’m really happy 4 you and I’m gonna let you finish but this is the best JAM OF ALL TIME – T.’ The singer and West are both expected at the VMAs on Sunday, August 25 in Brooklyn.” Read more here. 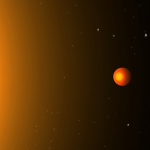 From Geekosystem: Space and time – both completely crazy dimensions. Today, Geekosystem’s Ian Chant takes a look at one exoplanet which shifts our knowledge of both: he writes, “It’s been a little more than a year since I started here at Geekosystem, and man, has it gone fast. Nowhere near as fast as a year passes on the tiny, molten exoplanet Kepler 78B, though. The planet, discovered by researchers at MIT and elsewhere, completes a breakneck orbit of its home star in just eight and a half hours. The short years experienced by Kepler 78B are a result of its too-close-for-comfort proximity to the star it orbits — the Earth-sized planet lies 40 times closer to its star than Mercury is to the Sun. In addition to a rather brief orbital period, that closeness to its star renders Kepler 78B a staggering 3000 Kelvin, making it a great place to be a lava monster and a pretty terrible place to be more or less anything else. In order to stay a planet, researchers hypothesize that Kepler 78B must be incredibly dense, with a core of nearly pure iron. The MIT team reported their findings this week in The Astrophysical Journal.” Read the story here. 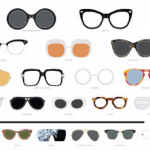 From Styleite: It’s August and the sun is shining – which style of sunglasses do you grab, and who do you channel? Writes Styleite of shades’ stylistic importance? “‘With my sunglasses on, I’m Jack Nicholson,’ the actor once said. ‘Without them, I’m fat and 60.’ Pop Chart Lab, the geniuses behind a plethora of infographs documenting everything from cocktails to haircuts, have rounded up the 73 of the most famous specs of all time. And while Nicholson and his Ray Bans might not have made the cut, his sentiment holds true for all of the iconic eye candy. Whether simply a fashion statement or a device for masking nights that got mad real à la Kanye, eyewear has the power to transform a look in an instant and has even parlayed the fame of characters both real and make-believe.” See the 73 most iconic sunglasses of all time here. 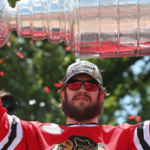 From SportsGrid: Another day, another strange celebrity baby name – this time in the world of sports. SportsGrid writes, “As long as Nicolas Cage has a son named Kal-El, “Seven” will not be the weirdest name of the past decade. Put it right below that, and just above North West. And to be fair, it’s a middle name: the baby born to Chicago Blackhawks defenseman Brent Seabrook and his wife last week has been named Carter Seven Seabrook. Because of Seabrook’s number with the Blackhawks. I guess he was more persuasive than George Costanza.” See the classic Seinfeld scene about Seven as a baby’s name on SportsGrid here. 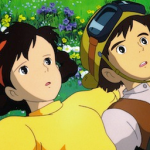 From The Mary Sue: Yesterday, a Twitter record was broken. The Mary Sue reports, “Twitter, as it grows ever larger and has ever more intensive demands on its infrastructure, has gotten the the habit of announcing when its userbase has reached a new height of activity, because they, rightfully, want us to know how hard they work. The cause of this newest tweets per second record is a familiar one, but what’s surprising is how high it’s set the bar for future contenders. The old record? 33,388 tweets in one second. The new? 143,199 tweets in a single second. Both of the aforementioned records were broken primarily with traffic from Japan, the smaller one in the wee hours of January 1st, a perennial moment of high Twitter traffic, when the phrase ‘ake-ome’ (a shortened way to say Happy New Year in Japanese) was the largest part of the spike. But the new record was set during a national airing of the Hayao Miyazaki film Laputa or Castle in the Sky.'” Read on here. 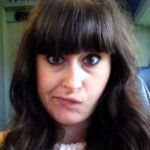 From The Jane Dough: Today, xoJane writer Shani Silver weighs in on what not to say to your single 30-something friend. Why? She writes, “When a close friend of mine had a baby, I did my research. I didn’t want to be a ‘baby holder’ that annoyingly came by to visit. I learned you should help in some way. Bring food, do dishes, watch the baby while Mom runs an errand. Anything. The point was, I didn’t know how to be a good friend to her, so I learned. Today I’m applying the same principle to single 30-somethings, or what I wish others would do for me. I love my friends (both close and casual), very much, but they’ve never stood in my shoes, and that unfamiliarity, while not their fault, can cause some cringe-worthy moments. Perhaps you’re familiar.” Read her list of no-no’s on The Jane Dough here. 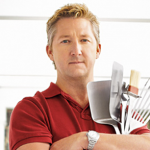 From The Braiser: Sad news for a celeb chef this morning, writes The Braiser: “A fire broke out at Tim Love’s flagship restaurant, The Lonesome Dove Western Bistro, early this morning in Fort Worth, TX. The fire broke out this morning at 6:30 AM local time, and firefighters reported that heavy smoke and fire was emitting from the back of the restaurant. While the fire was contained in the back, the rest of the restaurant suffered heavy smoke damage. Luckily, no injuries were reported, according to the Star-Telegram,but firefighters have not pinpointed the cause of the blaze. As of now, the restaurant will be closed indefinitely, but Love plans to reopen as soon as possible.” See his tweet about the incident here.