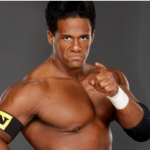 From Mediaite: Gay athletes have been making headlines as the 2014 Olympics approach, but today another athlete came out for the cause. Writes Mediaite, “When a TMZ reporter approached World Wrestling Entertainment star Darren Young to ask whether a gay wrestler could ever be successful within the organization, he did not expect to get the answer he did. ‘Absolutely,’ Young said with a chuckle while retrieving his bags at Los Angeles Airport. ‘Look at me. I’m a WWE Superstar and, to be honest with you, I’ll tell you right now, I’m gay, and I’m happy. Very happy.’ The TMZ cameraman was audibly stunned, telling Young he had no idea the wrestler was gay. Young replied that his sexuality shouldn’t really matter.” Read the story here. 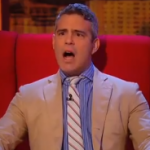 From Gossip Cop: And speaking of gay rights in Russia… Gossip Cop reports on another controversy: “Andy Cohen, who’s hosted the 2011 and 2012 Miss Universe pageants, is boycotting this year’s competition, set to take place in Moscow on November 9. The Bravo star has turned down hosting the pageant because of Russia’s recently passed anti-gay legislation. Cohen, speaking to E! News’ Giuliana Rancic — his Miss Universe co-host for the past two years — said Russia’s ‘discriminatory policies make it unsafe for the gays who live there and gays coming to work or visit.’ He explained, ‘The law is that anyone under suspicion of homosexuality can be arrested,’ adding that he ‘didn’t feel right as a gay man stepping foot into Russia.’ A replacement host has yet to be announced.” Read on here. 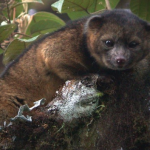 From Geekosystem: Nature news! A new mammal species was discovered in the Western hemisphere for the first time in 35 years. Writes Geekosystem, “New species of insects, amphibians, or fish are to the natural world like what Starbucks are to major urban areas — all you have to do is start walking in any direction and you will eventually find one. New mammal species are trickier to find, but recent research published in ZooKeys takes note of a newly discovered critter — the olinguito. Formally called Bassaricyon neblina, the olinguito is a carnivorous relative to the raccoon that’s been eluding the scientific community for ages. These tree-dwelling guys live in Ecuador and Columbia and tend to be most active at night when fog is especially dense, so they’ve been tricky to pin down and study, despite the fact that specimens existed in museum collections, but had been mislabelled. That’s because olinguitos look remarkably like another carnivorous species, the olingo.” Read more here. 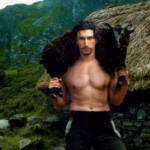 From Styleite: Are you a fan of HBO’s Girls? Want to see the dreamy Adam Driver shirtless… with a sheep? You can. Styleite explains, “It’s not just the girls of Girls who are still getting camera time after filming stops. Yesterday Jemima Kirke had us rethinking the tiny pottles potential disaster also known as pigments, and now Adam Driver, AKA Adam Sackler, has scored himself a spread in the glossy pages of Vogue. Yesterday New Yorker staffer Nathan Heller tweeted a preview of the spread, shot by Annie Leibowitz and styled by Grace Coddington for Vogue’s September 2013 issue. The scan depicts a shirtless Driver with an apparently alive and completely uninjured sheep hoisted over his shoulders. The rest of the images are equally mysterious though slightly less shirtless and bizarre, featuring Driver and Daria Werbowy in various states of languidness as they rough it over craggy mountain ranges. The images were released only three days after Driver had beefed up his fashion resume with a Gap ad.” See photos here. 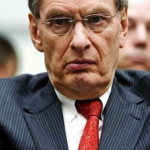 From SportsGrid: A historic day for Major League Baseball, writes SportsGrid: “This is a huge day for Major League Baseball. A surprising day. MLB, Bud Selig, the owners — all of these mysterious, ancient entities — have agreed on new rules of instant replay. They’re very NFL-like, which is a fantastic thing. ‘Major League Baseball decided Thursday to implement instant replay on virtually every play but the strikezone – including three manager’s challenges per game – that will begin in 2014, Commissioner Bud Selig announced.’ This won’t help with baseball’s OMG THIS IS SO SLOW LEMME THAW A FROZEN COW DURING THIS AT-BAT problem, but one problem at a time, guys. ‘The replay will include up to three challenges that mangers will be provided during a game, one in the first six innings, and two beginning in the seventh inning through the game’s duration. If a manager is successful with his replay challenge, he will not be charged with a review.'” Read more of the replay rules here. 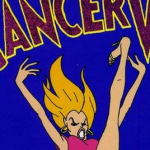 From The Mary Sue: A new project to anticipate! The Mary Sue reports, “Julie Delpy (co-writer/star of Before Midnight) is set to pen a screen adaptation of Marisa Acocella Marchetto‘s graphic novel memoir Cancer Vixen: A True Story, about Marchetto’s experience battling breast cancer as told through her medium of choice: comics. The story follows Marchetto’s path from a cartoonist for the New Yorker to being diagnosed just before her wedding day.  Cate Blanchett will star in the film. Seeing as Blanchett also happens to be an executive producer on the project, that’s  not surprising– and it means they already have an Oscar-winning actress on board for the main role. Blanchett is currently receiving lots of attention for her part in Woody Allen‘s most recent filmBlue Jasmine, and will also be appearing in The Hobbit: Desolation of Smaug, George Clooney‘s new film The Monument Men, and Disney’s upcoming adaptation of Cinderella as the evil stepmother. Delpy herself has been nominated for an Academy Award for Before Sunset.” Read on here. 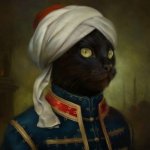 From The Jane Dough: Think before you laugh at the idea of high-end cat portraits. The Jane Dough writes, “With over three million works of art in its collection, Russia’s State Hermitage Museum is the largest museum in the world. When you have that many watercolor portraits of the imperial family and da Vinci’s Madonna with a Flower in your possession, maintaing order with a few kind-eyed codgers who have bum knees and some spare time after retirement — say, after their weekly bridge game and before they have to pick up their youngest granddaughter from the bus stop; ya know, ever since their Caddy returned to the workforce… — simply isn’t enough! There are paintings by fucking Caravaggio at stake here! These aren’t some paint-by-numbers decorating your Memaw’s fridge! So, knowing the vitality of preservation, the museum keeps a staff of sixty-five stray cat security guards; it is their job to kill vermin and protect the artwork from harm… In recognition of these guards’ diligent labor, the museum commissioned a series of cat portraits from Uzbek artist Eldar Zakirov. The series, ‘Cats of Hermitage’” is inspired by the museum’s collection and will appear in Hermitage Magazine.” See some of the portraits here.

From The Braiser: Happy Padma Lakshmi Day! What? The Braiser explains, “It’s Padma Lakshmi Day; we’ve come to terms with it. First, her very ownTop Chef: New Orleans webseries Padma’s Picks was released today, celebrating her very own private mini-competition to choose the final chef-testants. Then she did a Reddit Ask Me Anything today, plus she’s going to be on Watch What Happens Live tonight. It’s okay. It could be worse. At least she has a soothing voice. So what fun tidbits did we learn from her AMA? Besides the fact that she’s a super-polite interviewee.” To see the top 10 bits from her AMA, including how all her Top Chef judges’ table faces are real and her nickname on set, read the list here.