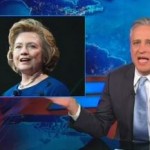 From Mediaite: John Stewart expressed his disdain for the sexist treatment of female politicians by the media on Tuesday night in “The Daily Show”. Stewart goes down the list of various female politicians, like Hillary Clinton, who are oftentimes, negatively portrayed. Reports Mediaite, “Hillary Clinton being a grandmother is already a campaign issue, even when Mitt Romney being a grandfather of many, many children never was. Stewart went down the list of women treated differently by the media and by the political class because they just can’t keep their darn emotions in check. There’s just one little thing: men get emotional too.”  Mediaite has posted a clip from the show of Stewart speaking on this topic. You can watch that clip and read the full story here. 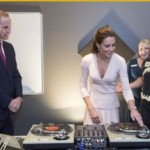 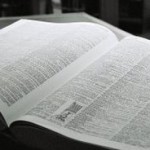 From Geekosystem: A physicist has proven the dictionary to be wrong. The usually reliable reference to look up the meaning of a word has been failing us in it’s description on how sipons work and Dr. Stephen Hughes took notice. Dr. Hughes set out to correct the error by gathering proof from an experiment he constructed. After he proved there was in fact an error, The Oxford English Dictionary changed it’s definition. Writes Geekosystem, “Dr. Hughes noticed that the OED  misidentified atmospheric pressure as the thing that makes siphons work back in 2010. Really, it’s gravity that causes liquid to flow up the short side of a siphon and down the long side, but the original definition for a siphon read: “A pipe or tube of glass, metal or other material, bent so that one leg is longer than the other, and used for drawing off liquids by means of atmospheric pressure, which forces the liquid up the shorter leg and over the bend in the pipe.”… So, he tested a siphon inside a hypobaric chamber where he could change the level of atmospheric pressure and see if it had any effect on the siphon…In Hughes’s experiments, the varied air pressure had a small effect on how the water flowed, but it didn’t have any effect on how much water traveled through the siphon over time…The OED has changed its definition to remove the reference to atmospheric pressure,”. Dr. Hughes has proven that no reference guide is safe from science. Read the full article here. 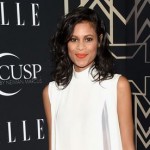 From Styleite: Fashion was on a different level for Elle‘s Women in Music Red Carpet with everyone really stepping it up. Writes Styleite, ” If Angel Haze and Aluna Francis are attending the same event you’re attending, you better know to bring your A game. This is particularly true if there are going to be floral Dr. Martensix-eyelets (Haze) or drapey white things (Francis) involved. Can those girls do no wrong? Unfortunately Rumer Willis took “A game” to mean “partly exposed genitals,” which was a bummer, because she looked great from the hips up. Brad Goreski, on the other hand, succeeded in classing up some denim overalls. We’re surprisingly into this look.” Read the full article and see pictures of the different looks, here. 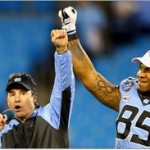 From SportsGrid: NFL draft prospect, Eric Ebron, a tight end from UNC, gave an impressive performance in the Sports Science lab earning him comparisons to Tony Gonzalez and Rob Gronkowski, from ESPN’s John Brenkus. Could performance in the Sports Science lab really be a predictor of how well a player will perform in the NFL? Writes SportsGrid, “For a guy dropping to 21st in some major mock draft projections, ESPN sure is high on his athletic ability. Comparing him to Tony Gonzalez and Rob Gronkowski, host John Brenkus seemed awfully excited about the UNC tight end’s results in the Sports Science lab — most notably, his explosive blocking ability off the line and “catch range,” which proved to be over 100-square-feet larger than that of Gronk. Convinced this guy is gonna turn your franchise around? Eh, we’re still wary — his NFL combine report suggests he’s more of a one-dimensional pass-catcher than a future Hall of Famer…Not saying he doesn’t have huge upside, because in the right offense, a guy with his athletic ability can be deadly. But he’s more of an oversized wideout than prototypical, game-changing, all-purpose tight end, and Sports Science has been VERY wrong about players in the past. Regardless, his draft position will be interesting come May 8th.” Read the full article here. 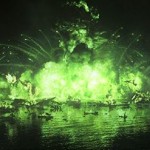 From The Mary Sue: HBO shows will now be available to the general public (aka those non-subscribers) but there is a catch. HBO will be teaming up with Amazon Prime so now those lucky subscribers will be able to view their favorite HBO shows. Writes The Mary Sue, “Great news for Amazon Prime subscribers who finally want to get around to Band of Brothers. Not-so-great news for people who were chomping at the bit for a way to get legal streaming access to currently airing shows like Game of Thrones. According to The Hollywood Reporter, “Previous seasons of newer shows including Veep, The Newsroom, and Girls will become available approximately three years after airing on HBO.” HBO GO, with all its shows, new and old, will also be available on Amazon’s streaming media player Fire TV by the end of the year. It’s not exactly the $10/month a la carte subscription to HBO GO that many people wanted, but honestly, that was never going to happen…” Read the full story here. 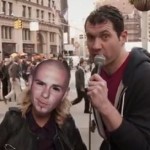 From The Maude: Amy Poehler and Billy Eichner hilariously team up again for our new favorite game “That’s Not Pitbull It’s Amy Poehler”! The two run around the streets of New York City surprising unsuspecting people with Amy Poehler wearing a mask of the singer, Pitbull and hilarity ensues. Writes The Maude, “Guys, have you ever seen Amy Poehler and Pitbull in the same room? No — really think about it. Who appears in the “Timber featuring Ke$ha” music video? If that’s “Pitbull,” as you say, where was Amy Poehler when this video was being filmed? Do you remember seeing her? I certainly don’t. What is a “Pitbull” and an “Amy Poehler” anyway? What is this arbitrary binary that we’ve drawn? I really think I’m onto something, dear readers. This conspiracy has gone on too long. Just watch Amy Poehler run around New York City streets with Billy Eichner. “pretending” to be Pitbull. She’s laughing at us.” Read the full article and watch the clip here.

From The Braiser: So powdered alcohol isn’t really a thing now. Apparently there was a mistake in approval and it is actually extremely dangerous. Writes The Braiser, “The Alcohol and Tobacco Tax and Trade Bureau told CNN that Palcohol, a “just-add-water”-type of beverage that would have allowed people to mix vodka, rum, and gin cocktails like Kool-Aid, was approved “in error” and reversed their decision yesterday. The makers of Palcohol thinks that  ”there seemed to be a discrepancy [about] how much powder” is in the packets, which might have thrown off the alcohol content numbers. But critics say that its portability (and potential to mix it with other, non-liquid things) makes it extremely dangerous…” Read the full story here.