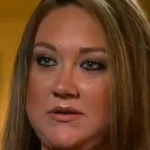 From Mediaite: After news broke that Shellie Zimmerman filed for divorce from her husband, George, she gave an exclusive interview to ABC’s Good Morning America today. Mediaite reports, “Shellie Zimmerman described George Zimmerman as ‘verbally abusive,’ and said he has been making reckless decisions since he was acquitted of murdering Trayvon Martin. Shellie Zimmerman filed for divorce on Thursday, citing irreconcilable differences. ‘I stood by my husband through everything, and I feel like he left me with a bunch of pieces of broken glass, that I’m supposed to now assemble and make a life,’ Zimmerman said. Shellie Zimmerman, 26, said she moved out of the home the two shared a little under a month ago, after her husband spent only three or four nights there following the conclusion of the trial. The two have been married for six years.” Read the full story and watch the interview here. 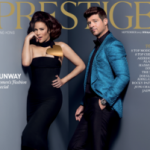 From Gossip Cop: A couple in the news recently share their story: Writes Gossip Cop, “Robin Thicke and Paula Patton open up about their relationship in the September issue of Prestige Hong Kong. ‘I don’t know if I would still be alive in some ways if it wasn’t for Paula,” says Thicke. “She’s been my rock, my muse, my inspiration and I love her. The whole way.’ Patton adds, ‘I’ve been there for his down moments and he’s been there for mine. Life is full of peaks and valleys. Robin has always been a great person to remind me to celebrate now. Even when it looks like I’ve got a role but don’t know for sure, he’s like, ‘Let’s celebrate!’’ The couple’s three-year-old son Julian has changed everything. Thicke explains, ‘My son is my good-luck charm; he’s made me not think about myself all day long. All of a sudden he shows up with his beautiful smile and perfect energy and makes me go, ‘Ah, forget my little problems.’ He’s an amazing child.'” Read more here. 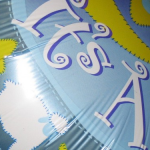 From Geekosystem: There was a new creation at CERN – but not the kind you’d expect! Geekosystem explains, “There’s exciting news coming out of CERN, but it has nothing to do with the Higgs boson or particle physics. Two expectant parents realized they wouldn’t make it to the hospital on time, so they pulled over to the first place they could find, and lucky for them, that place was the labs at CERN. Mother and baby are both doing fine. Congrats! Lorenzo di Castro was born at CERN’s Entrance B at 5:10PM on August 26, 2013. He weighed 7lbs and 10.75 ounces, and was delivered by CERN Medical Service and Fire Brigade. The family is already back home, where they’re probably talking about how freaking cool it is that their baby was born at CERN, and how he’s now pretty much destined for science greatness.” Read on here. 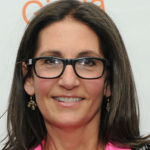 From Styleite: YouTube is getting a makeover of sorts – from Bobbi Brown! Styleite reports, “As avid compilers of finger-wave tutorials and watchers of former Laguna Beach cast members baking kale chips, we are extremely pleased to learn via WWD that Bobbi Brown is launching aYouTube channel called I Love Makeup on Monday. The master face-painter will offer makeup lessons for the masses using a variety of beauty brands (not just her own), as well as ‘comedy, makeover and inspirational programs’ starring YouTube personalities such as Grace Helbig and Taryn Southern. Scheduled shows include demos, product tests, makeovers and lessons. We may (barely) make the cutoff for the Millennial audience Brown’s targeting, but no matter — we’re getting our Long-Wear Gel Eyeliner out and subscribing next week anyway.” Read more here. 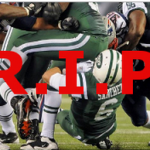 From SportsGrid: Goodbye, Buttfumble. SportsGrid explains, “For 40 weeks, a nation doubled over in uproarious laughter as it watched the epitome of failure that is Mark Sanchez running into his own teammate’s butt and decided, no, there is nothing from the past week that is as terrible than that. That’s how SportsCenter’s weekly “Worst of the Worst” segment continued to show a play from November 2012 — until today. Starting next week, those of you who refuse to give Fox Sports Live a chance won’t have the opportunity to vote on Sanchez’s epic mistake: ‘We are retiring it this week due to the start of a new NFL season, and the feeling that it was time to start fresh,” said Senior Coordinating Producer Mark Summer.'” Read the whole story here. 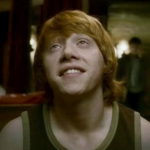 From The Mary Sue: There’s a modern day Macbeth in the works that’s sure to please the geek crowd… reports The Mary Sue, “In a time when geekdom has gone as thoroughly mainstream as it now is, it’s hard to find a large-ish movie that doesn’t have someone in its cast who’s been in a well-known genre property. But this Shakespeare adaptation takes it to a new level. The movie in question is Enemy of Man, a modernized adaptation of Macbeth that is expected to film in January 2014. Director Vincent Regan has been working on the film for a while, but it was seeing on The Hollywood Reporter that Harry Potter star Rupert Grint has been cast (as Macbeth’s cousin Ross, according to IDMB) that caught my eye. nd then, well, look at the rest of the cast: We have Sean Bean as Macbeth, Game of Thrones‘ Charles Dance as Duncan, and Jason Flemyng (nerd pedigree: Azazel in X-Men: First Class) as Macduff. James D’Arcy (Cloud Atlas) is rumored to be Banquo. And there’s also Rudy from Misfits (Joseph Gilgun) and Harry Potter‘s Fenrir Greyback (Dave Legeno) in the mix.” Read on here. 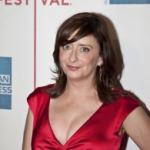 From The Jane Dough: Today, in funny lady greatness: “The New York Festival has just announced its 2013 line-up and children — the gettings are good, especially for the homies interested in comedy. The event that we are most excited for is “Without a Script,” a panel on improvisation with Aubrey Plaza, Rachel Dratch, CHRISTOPHER GUEST (<3 <3 <3 <3 <3) (we figured that corralling our fangirling in a parenthetical was the mature thing to do), and Horatio Sands. It is no surprise that Dratch was selected to talk about improvisation: the comedian got her start performing at ImprovOlympic and the Second City main stage, where she won two Joseph Jefferson awards for her performances in revues. She later developed “Dratch & Fey,” a two-person sketch show, with some, like, really underground comedian, you probably don’t even know her, her name is Tina Fey, whatever, which was performed at Second City and Upright Citizens Brigade. Aubrey Plaza, aka April Ludgate, aka Please Don’t Hurt Me, began her comedy career at UCB, performing sketches and improv. She also spent time working with the long form, guerrilla troupe Improv Everywhere,” writes The Jane Dough. Read more here. 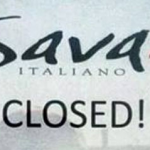 From The Braiser: Well, this is awkward… writes The Braiser, “Right now, the bitterest of bitter restaurant closing announcements is exploding on the internet, and what appeared to be a simple ‘fuck you’ to the residents of Amarillo, TX is slowly transforming into the next version of Amy’s Baking Company.  Sava! Italiano, a self-proclaimed ‘real’ Italian restaurant in a city of 190,000 Texans, recently served its last meal on August 18th after being open for a year. Last night, a customer hoping to grab dinner discovered this sign taped to the inside of the closed and locked restaurant. He snapped a photo, and it was quickly circulated by local radio station 96.9 KISS FM, along with a warning for graphic content.” See that photo and read on here.