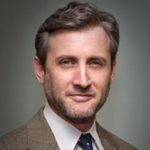 Mediabistro and Mediaite both report that there will definitely be a second season of “Chasing Justice with Dan Abrams,” a 30-minute series produced by NBC’s documentary team. The second season will begin in March of 2011. To read both articles, click here and here.