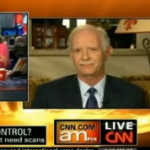 Mediaite has all of the most up-to-the-minute junk-touching coverage! This time, famed pilot/hero Sully Sullenberger weighs in on whether or not people’s junk needs to be touched in order to prevent terrorism. No, really. Sullenberger is skeptical of the new measures, saying he doesn’t think they are “an effective use of our resources.” Maybe the TSA will finally listen to reason? The man is a national treasure! Get the full post here. 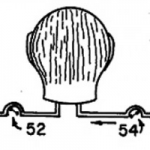 Tee hee (and also, EEK!): Geekosystem reports that scientists have been hard at work figuring out how to preserve severed human heads! The claim is that this has never actually been tested on a human subject, but we would never know! There could be a gallery of preserved heads somewhere! Think about it! To read the full post, click here. 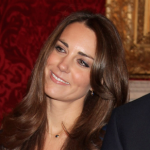 OMG: Styleite has photos of Kate Middleton’s engagement ring! As everyone in the world learned today, Middleton is about to become royalty, and is wearing the same engagement ring Prince Charles gave to William’s mother Diana all those years ago. Um, question: has no one considered that that particular ring might be cursed? I mean…things didn’t exactly end great with the original couple, right? But what do I know? To see photos, click here. 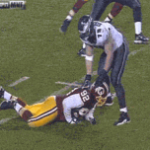 Sportsgrid brings you the latest installment of “A Sports Radio Host Takes It Personally”: Chad Dukes really seizes an opportunity to whale on the Redskins, yelling “It’s 28 points in the first quarter against the Eagles with your season on the line….How dare you.You’re an embarrassment. You embarrassed the nation’s capital, the most powerful city in the world, you spit in our face last night.” There you have it, I guess. To read more transcripted fury, click here. 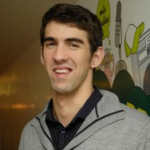 On Gossip Cop today: Michael Phelps is in the news, and this story features neither illegal drug use nor sandwiches! Phelps is reportedly dating Brittny Gastineau, whose claims to fame include a jewelry line, reality show, and father who played for the New York Jets. Phelps, meanwhile, has 14 Olympic gold medals. This relationship is just a little lopsided achievement-wise, is all I’m saying. Get the full post here.