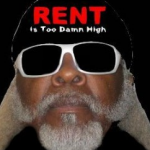 For anyone jonesing for a little extra midterm election-y madness, Mediaite has the trailer for a new documentary about unlikely New York gubernatorial candidate and internet celeb Jimmy McMillan. The trailer, which is just a single shot of McMillan monologuing in his car, and the film’s title (simply “DAMN!”) suggest that the doc is not altogether serious. But it looks entertaining! To read the full post, click here. 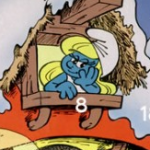 Cute! Geekosystem has a list of sites offering nerd-friendly advent calendars which, despite featuring comic book covers, PC games and programming tips, all still count down to Christmas/the birth of Jesus, I guess? Either way, pretty cool! Check out the list and an adorable Smurfs advent calendar here. 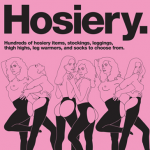 On Styleite today — Dov Charney and Co. are up to new tricks, this time running ads that feature hand-drawn models instead of the usual dead-eyed American Apparel employees. The upside? The drawings allow for racier styling than the ads featuring real models did (at least, I don’t recall ever seeing an ad featuring an actual girl in ass-less tights). The downside? They still don’t make me want to buy anything from American Apparel! Boo! To see a slideshow, click here.

If you’d like to see something gross today, you’re in luck! Sportsgrid has a video of Gary Lineker, British soccer superstar, soiling himself in the middle of the game. And if that sounds like a dream come true, the clip comes with something extra — commentary from the man himself. What a beautiful world we live in! Watch it here. 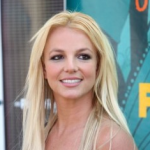 Whoops! Gossip Cop reports that Star magazine published a story detailing abuse Britney Spears suffered at the hands of her boyfriend Jason Trawick. The catch: according to Spears’s camp, none of it is true. They go on to promise that “Britney Spears’ legal team will be taking legal action against all of the appropriate parties.” Yikes! Get the full post here.