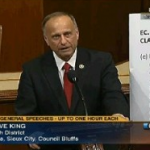 Oh, jeez: Mediaite has video of congressional representative Steve King (R-Iowa) putting his foot solidly in his mouth and saying that Barack Obama is predisposed to take a black person’s side in lawsuits (?) because he is “very, very urban” (????). King was referring to Obama’s support of a class-action lawsuit on the behalf of rural farmers, usually a group Republicans rush to protect! Hmm. To read the full post, click here. 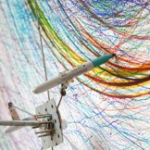 Coooooooool. Geekosystem has a story on Joseph L. Griffiths, who has created a bicycle-powered contraption that produces cool, colorful patterns on walls. It’s like Harold’s purple crayon writ large! The installation is supposed to “explore man’s relationship with machines and involve the audience in the creative cycle,” but it mostly just looks awesome. Get the full post here. 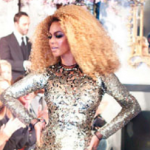 On Styleite: Tom Ford had a secret fashion show to launch his line of womenswear in September, and official photos are just now being released. While the pictures, shot by Terry Richardson, are the same kind of over-exposed thing he’s typically known for, the clothes and the models are certainly awesome. Dude got Beyoncé to model his collection. I mean, what have you done lately? To see the slideshow, click here. 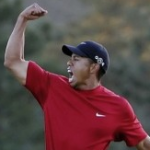 Sportsgrid reports that, one year later, Tiger Woods is slowly re-entering the media world. Today, he held a “candid” (super softball questions, but still) Q&A with some fans via his Twitter account. The session began and ended without incident, mostly thanks to the benign nature of all the questions. Nevertheless — good for him! To see the full exchange, click here. 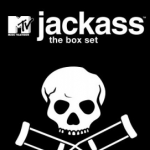 On Gossip Cop today: Best day ever! (?) Apparently fans of the “Jackass” franchise won’t have to wait long for more pukey/feces-y antics from the gang: Johnny Knoxville and Co. will be releasing video clips of new stunts online, which will later be edited into a feature-length film. I’m no expert, but “Jackass 3.5” seems like it might be putting the cart before the horse, a little bit? I guess we’ll have to wait and see — the clips will debut in March. Get the full post here.