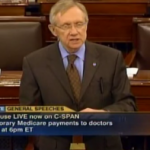 On Mediaite today: turns out our nation’s leaders like to goof around at work too! Harrry Reid, hard at work dispelling the notion that Democrats in Congress don’t do anything, spent 5 minutes during a lame-duck session recapping University of Nevada’s big win against Boise State this weekend. We’re lucky it didn’t end with the Republican leadership challenging him to a pickup game then and there — he’s not as spry as he used to be, you know? To read the full post, click here. 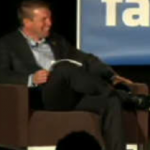 WHOA: Geekosystem has a live interview with former president George W. Bush. LIVE. Bush agreed to a sit-down to discuss his new best-selling memoir, Decision Points. Where is this miracle occurring? Facebook headquarters, natch. Get the full post and a link to the live feed here. 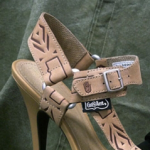 Ew (also, hahahahaha): Styleite reports that Teva, the shoe brand most famous for being worn with socks by nerds, has come out with a line of stiletto heels. It just makes sense. The heels have the same thick soles and distinctive straps we’ve come to expect from Teva’s sandals…so it goes without saying that they are completely and utterly bizarre-looking. To see an eye-searing slideshow, click here. 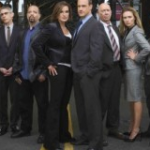 Unsurprisingly, Sportsgrid brings us the news that “Law & Order” will soon air it’s very own ripped-from-the-headlines take on the Duke Fuck List. This episode will feature one big change from the original story — the creator of the “Lay List” will be found dead. Chung chung! Get the full post here. 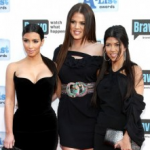 Gossip Cop has news to crush the dreams of the most die-hard 10-year-old ultra-capitalist: the Kardashian Kard, which was a prepaid debit card aimed at the younger set, is no more. The project was derailed before it began, after criticisms over hidden fees stirred up a controversy from which the Kard was unable to recover. Surely the Kardashii will find some way to go on! To read the full post, click here.