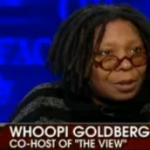 Mediaite has an interview with Whoopi Goldberg and Bill O’Reilly, which was initially promising, especially when she demanded “What is this bullsh*t about ‘Miss Goldberg’? Just call me Whoopi.” Like Jon Stewart before her, though, Whoopi is not the first celeb to become civil — even courteous — when speaking with O’Reilly face to face. Maybe that’s his superpower! To see the interview, click here. 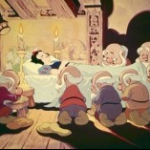 Bad news for deluded young ladies everywhere: Geekosystem reports that Disney may be putting the kibosh on princess movies. Apparently “The Princess And The Frog”, which grossed more than $250 million worldwide on a $104 production million budget, was a disappointment for the studio. The Los Angeles Times article that sums up the studio’s new direction begins “With the advent of ‘tween’ TV…” so they’re clearly on the right track. Get the full post here. 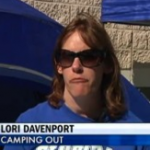 Styleite has something guaranteed to make you feel better about yourself: Lori Davenport is already lined up for Black Friday. Indeed. Davenport has set up a tent outside of what can only be the local Best Buy, so that she can make sure that her family gets a laptop, Blu-Ray player and TV that her they assuredly deserve. On the bright side — we are all better people, with more interesting lives! Real talk. To see the clip, click here. 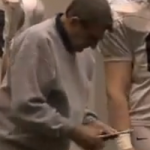 Sportsgrid has an inspiring story for the holidays: veteran Penn State football coach Joe Paterno, who is over eighty, is still planning on coaching next season. For any doubters, there’s a video of Paterno regulating at a practice two years ago (when he was still over eighty) like a boss. To watch it and either feel inspired or like you’re not doing anything with your life, click here. 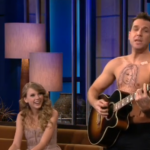 Yikes: Gossip Cop has a clip that includes Dane Cook, Taylor Swift and Jay Leno in the same room. If that’s your bag, you can see Cook take his shirt off, reveal a giant chest tat of Swift and serenade her while Leno looks on…admiringly? To read the full post, click here.