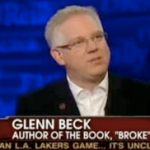 Mediaite has Glenn Beck’s latest super-reasonable theory about the media: he believes that MSNBC is a straw network that will be sacrificed by the left in order to kill FOX News. The idea is far-fetched at best, especially because there is no law of the universe that dictates that a right-leaning news channel can only exist if it has a more liberal counterpoint, but Beck also spends some time trashing Jimmy Carter, so there’s that! Get the full post here. 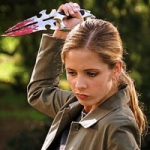 Oh, Warner Bros: Geekosystem reports that the studio is going ahead with a “Buffy” remake, sans creator Joss Whedon. Um. This is dumb for a variety of reasons — one of which is that “Buffy” is one of very few series whose creator is synonymous with the show’s lead. “Buffy” with no Joss Whedon just isn’t “Buffy.” But I’m sure Warner Bros will do a great job. To read the full post, click here. 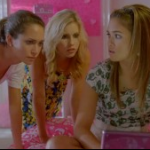 In other bad idea news, Styleite reports that there’s a “Mean Girls” sequel in the works. What the sequel won’t include: Tina Fey, Lindsay Lohan, Amanda Seyfried, Rachel McAdams, and Lacey Chabert. What it will include: shot-for-shot ripoffs of the original. Funsies! To watch the trailer, click here. 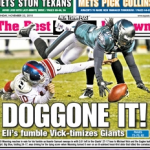 It would be unbelievable were there not a screen shot: Sportsgrid has the cover of the New York Post, which features a cartoon of Michael Vick being attacked by a dog branded with the Giants logo, above a caption that reads “UNLEASH THE HOUNDS!” Yes. Apparently it was some kind of commentary on this Sunday’s game? To see the shot in all its offensive glory, click here. 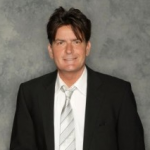 Unexpected twist! Gossip Cop reports that, rather than trying to pretend the whole thing never happened, Charlie Sheen is suing Capri Anderson (she of naked-in-the-closet fame) for allegedly lying about Sheen’s actions in order to extort a million dollars from him. For heaven’s sake. And also she maybe stole his watch? Get the full post here.