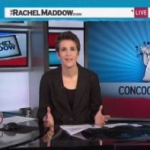 From Mediaite: Benghazi is in the news again. What did Rachel Maddow have to say about it? Mediaite reports, “Rachel Maddow tonight tore into Republican outrage over Benghazi as the latest example of conservative conspiracy theories seeping in the mainstream, after conspiracies about the Boston bombing and the government stockpiling bullets made their way to the halls of Congress. Maddow said the GOP is trying to sell Benghazi as perhaps the biggest Obama administration conspiracy theory to date, spending more time on this than anything else, and mocking the idea that there is a Benghazi cover-up so big, it will force Obama to resign.” Read the full story here. 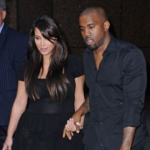 From Gossip Cop: Here’s your bizarre rumor of the day: According to the supermarket tabloid National Enquirer, Kanye West only agreed to perform on SNL if they banned jokes about his girlfriend Kim Kardashian. Explains Gossip Cop, “It’s all because show creator Lorne Michaels was negotiating with West to appear as a musical guest, explains the Enquirer. West, alleges a so-called ‘insider’ for the mag, ‘warned the producers he wouldn’t appear if they made fun of Big Momma.’ Yes, because ‘Big Momma’ is how everyone refers to Kardashian. Anyway, the supposed source goes on to claim, ‘Execs kept assuring him it wouldn’t happen, so he finally agreed to guest on the show’s May 18 season finale.’ ‘But those hilarious rejected scripts will never be aired — and they were priceless!’ exclaims the mag’s snitch. Uh-huh. Here’s what’s true about the Enquirer’s tale: Kanye West will perform on SNL on May 18. Here’s what’s not true: Everything else.” Read more here. 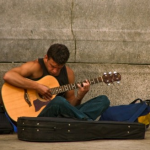 From Geekosystem: Men: want a surefire way to get ladies? Grab a guitar. No, really, it’s scientifically proven: writes Geekosystem’s Ian Chant, “I think it’s safe to work from the assumption that any guy who has ever picked up a guitar did so for one reason and one reason only — because he heard that chicks are into guys who play guitar. According to a French study, that piece of folk wisdom may have a kernel of truth to it, as a series of social experiments suggest that women find a man more attractive when he is holding a guitar. To test whether or not just holding a guitar made a man more attractive to the fairer sex, researchers from the Université de Bretagne-Sud in France chose a ‘good looking’ male subject for a social experiment in picking up chicks.” Find out about the experiment and results here. 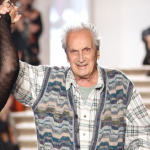 From Styleite: More sad news for the fashionable Missoni family, reports Styleite: “Ottavio Missoni, patriarch of the Italian fashion house, has died at age 92, WWD reports. Missoni passed away at his home in Sumirago, Northern Italy this morning, 60 years after he founded the iconic brand, known for their creative use of color and signature zig-zag stripes, with his wife,Rosita Jelmini. Jelmini survives him, along with his daughter Angela, creative director of the company, and son Luca, who is also part of the close knit family business. The circumstances of their eldest son, CEO Vittorio Missoni, remain unknown after his plane went missing off the coast of Venezuela January 4.” Read the whole story here. 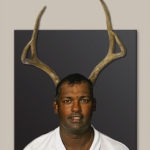 From SportsGrid: There’s a golfer making controversial headlines, and it’s not Tiger Woods. Reports SportsGrid’s Matt Rudnitsky, “I’m sorry, Vijay Singh. I have no problem with you. But, you made the peculiar decision to use Deer Antler Spray. Deer Antler spray is dumb and useless and possibly illegal, even though something with no utility shouldn’t be illegal. For doing something dumb and useless and possibly illegal, you deserve a degree of public humiliation… Recap: Vijay Singh took Deer Antler spray, idiotically thinking that it would help, even though it’s useless and sketchy and will make people think he’s a cheater, even though he’s simply dumb. Then, he found out that he was still fat and over-the-hill. Then, he was caught, and he was ridiculed. And now he wants to be paid, because he wanted to use a PED, but it didn’t work.” Read the details of the lawsuit here. 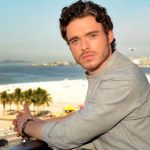 From The Mary Sue: Casting news about a Game of Thrones star from The Mary Sue: “The King in the North has been demoted to Prince. Charming, that is.  We previously brought you the possibility of this casting, now we can call it official. Richard Madden, who so wonderfully plays Robb Stark on HBO’s Game of Thrones, has landed the role of “the Prince” in Kenneth Branagh’s Cinderella. He’ll play opposite Downton Abbey’sLily James, already cast in the title role and Cate Blanchett as the evil stepmother. The interesting thing about this project is we still have no idea what direction they’re going to take it. It’s a Disney project, yes, but does that mean they’re going to go the same direction as their animated feature from 1950?” Read on to find out the site’s opinion here. 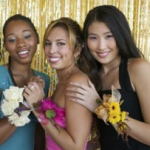 From The Jane Dough: Prom season is among us. But what has it become for young women today? Writes The Jane Dough, “We’ve been chatting about prom quite a bit, both out of nostalgia and horror that the average prom night now costs $1139 per attendee. How does that happen??Well, it may have something to do with the dress. Gone are the days when you picked something out from the sale rack at Windsor and hoped that some other girl didn’t choose the same thing. Prom gowns these days can be every bit as expensive as the average wedding dress ($1211, according to The Knot). So we decided to do some digging, and found 26 super pricy prom gowns, which we’ve arranged in order from ‘Sure, I guess if you had a bunch of baby-sitting money to burn’ to ‘someone saw one too many episodes of My Super Sweet Sixteen growing up and now the damage is done.'” Check them out here. 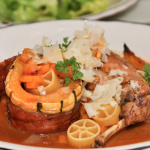 From The Braiser: Turns out eating like a celebrity (chef) might not be all that healthy. Reports The Braiser, “If the health advice of celebrity chefs is generally trusted by the public according to studies based in empirical (or silly) evidence, the public might be doomed. In a survey of cookbook and television recipes by celebrity chefs released last month, the University of Coventry found that 87% failed to meet the minimum national health standards. The study, carried out in Britain (to specifically shame Canada, obviously), argued that the superchef recipes extolled fatty, artery-clogging ingredients such as bacon and butter to pump up flavors. Naturally, the chefs of Canada, those stomach-bursting, decadent hedonists in the Yukon, disagree vehemently.” Read on here.