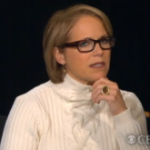 On Mediaite: I can’t tell if Katie Couric is phoning it in or if this is actually a genius idea. Couric thinks that the answer to Islamophobia in the United States is…”a Muslim version of ‘The Cosby Show’.” Well, I’d watch it. To see the clip, click here. 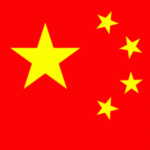 Oh, no! Geekosystem reports that the Chinese government is cracking down on phone calls made using the internet that are not done via a government-owned channel — meaning that services like Skype are, for all intents and purposes, banned. Like just about everything else on the internet, though, there are ways around the rules, and many think that Skype will continue to thrive in China. Get the full post here. 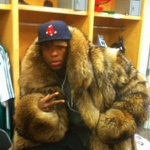 On Styleite today: don’t look now, but PETA actually did something reasonable in service of their cause! Nate Robinson of the Boston Celtics was photographed in a mink coat, apparently a gift from teammate Shaquille O’Neal (but of course). Instead of losing their minds, PETA proposed that Robinson donate the coat to them — in return, they’d make a donation to an animal shelter for the same value as the fur. How reasonable! How un-PETA-like! To read the full post, click here. 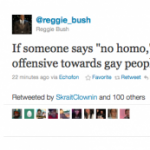 Sportsgrid has Reggie Bush pondering the tough questions on Twitter. He asked, “If someone says ‘no homo,’ is that offensive towards gay people?” Oh Reggie, where to start? …Yes? Absolutely? See the tweet here. 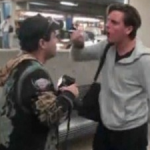 Gossip Cop reports that Patrick Bateman doppelganger/rage-a-holic Scott Disick (of “Keeping Up With The Kardashians” fame) lost it when a paparazzo got too close to his kid in an airport. While Disick’s outbursts are the stuff of legend, freaking out because you’re protective of your kid is actually…pretty understandable. To read the full post, click here.